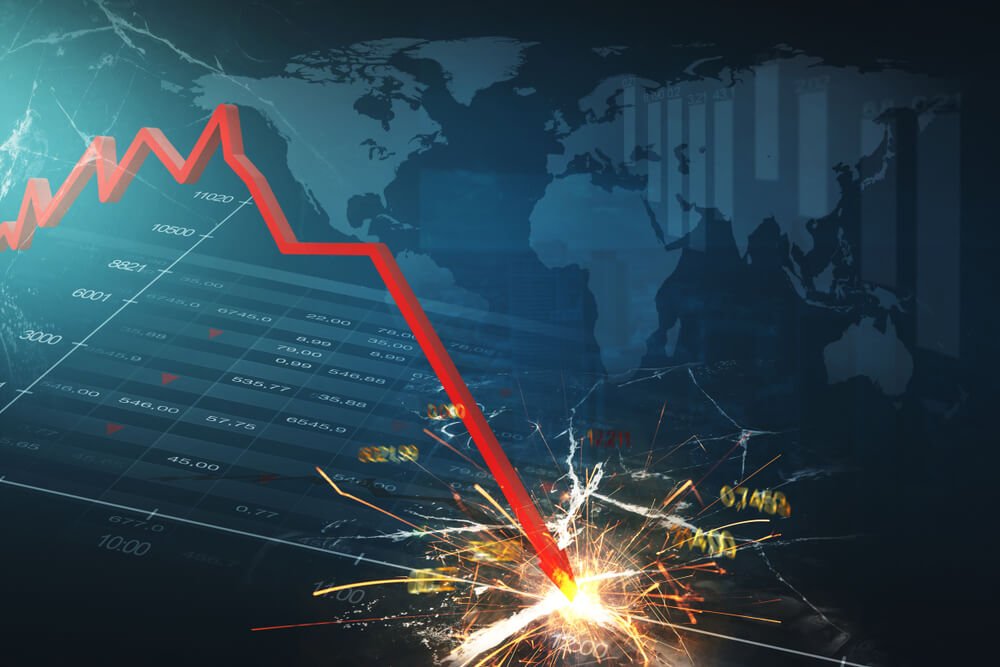 Why Bad Things Happen on Mondays: A Short History of Market Crashes

Americans have a long tradition of dreading Mondays. Many of us are jolted back to reality at the start of each week by an alarm clock that signals the end of leisure, relaxation, and time with family and friends. It also marks the beginning of five days of work packed with new projects, deadlines, and expectations.

On Mondays, responsibility and accountability return, and we feel miles from Friday—the coveted moment at the end of each week when we can reclaim our freedom.

Mondays have been immortalized in American culture, particularly in song. Way back in 1966, The Mamas & The Papas crooned, “Monday, Monday, can’t trust that day.” In 1971, The Carpenters declared that “rainy days and Mondays always get me down.” In 1979, the Boomtown Rats had a hit song called “I Don’t Like Mondays.” And in 1986, the Bangles called Mondays downright “manic.”

The truth is that the “Monday blues” is a very real sentiment, and it includes an onslaught of negative emotions, unhappy feelings, and increased stress levels. After all, Monday is the most dangerous and deadliest day of the week. Most workplace accidents happen on Mondays, and most cardiac deaths occur on Mondays—earning the first day of the week another dubious moniker: “Mortality Monday.”

When it comes to money, Monday has another unflattering designation. Some of the most notorious financial meltdowns have occurred on Monday. It is the favored day for crashes, downturns, and corrections—earning it the infamous designation “Black Monday.”

On Black Monday, October 28, 1929, U.S. stocks fell 13 percent as trading volume soared to almost 9.25 million shares. On that day almost 90 years ago, The New York Times headline blared: “Stock Prices Slump $14,000,000,000 in Nation-wide Stampede to Unload.” A Time magazine feature about that era confirms that “huge blocks of shares changed hands, as previously impregnable companies like U.S. Steel and General Electric began to tumble…. So many shares changed hands that day that traders didn’t have time to record them all. They worked into the night, sleeping in their offices or on the floor, trying to catch up.”

The rout led to further drops, panicked trading, and waves of selling. Indeed, anxious investors rushed lending institutions and lined up at teller windows in an effort to turn in their dollars—for gold. As banks failed, the crisis deepened, contributing to one of the most notorious periods of economic despair in U.S. and world history.

On Black Monday, October 19, 1987, markets saw the largest single–day percentage drop ever as the Dow slid over 22 percent and the S&P 500 dropped more than 20 percent. This was the year that the film Wall Street debuted and Michael Douglas depicted the greed-infused character Gordon Gekko. In an economic era dubbed “The Roaring ’80s,” the Dow soared from an average closing price of 891.14 in 1980 to 2,592.00 in August of 1987 before changing course and collapsing. The October crash started in Asia and spread to London before pummeling U.S. markets. It was blamed on a variety of factors, including trade and budget deficits, over-valuation, and hedging—but it picked up speed on a weakening dollar, automatic trading, and market psychology.

August 24, 2015, was called China’s Black Monday as the Shanghai composite fell 8.5 percent. It was triggered by weak Chinese economic data and the central bank’s reluctance to provide further bailouts or incentives for its financial markets. It ultimately sparked a global sell-off as billions of dollars of losses ensued and markets across Asia, the U.S, and Europe went into free-fall. The Dow plunged more than 1,000 points at the opening bell before closing down 533 points into correction territory. U.S. companies like Pepsi, GE, and Costco got slammed as market circuit breakers halted trading more than 1,200 times. The rout extended to emerging markets where currencies tumbled and oil hit a six-and-a-half-year low. The Economist reported on that day back in 2015 that “China is sneezing. The rest of the world is rightly nervous.”

There are 40 Mondays left in 2019, and with budget deficits at all-time highs, over-valuation at historic levels, and China far more unstable than it was just four years ago—the start of each week should make us a little nervous. All those things that have made Mondays so treacherous and rainy, unappealing, and manic have intensified. So as the alarm jolts you awake for the next 40 weeks of the year, ask yourself if you’re prepared for what Monday could bring with respect to your money and the markets. As folks learned back in 1929, 1987, and 2015, an otherwise ordinary Monday morning could quickly turn calamitous. As The Mamas & The Papas warned all those years ago: “Oh Monday mornin’ you gave me no warnin’ of what was to be.”

It would be wise to set aside a Tuesday, Thursday, or Friday to make sure you’re prepared for just about anything.