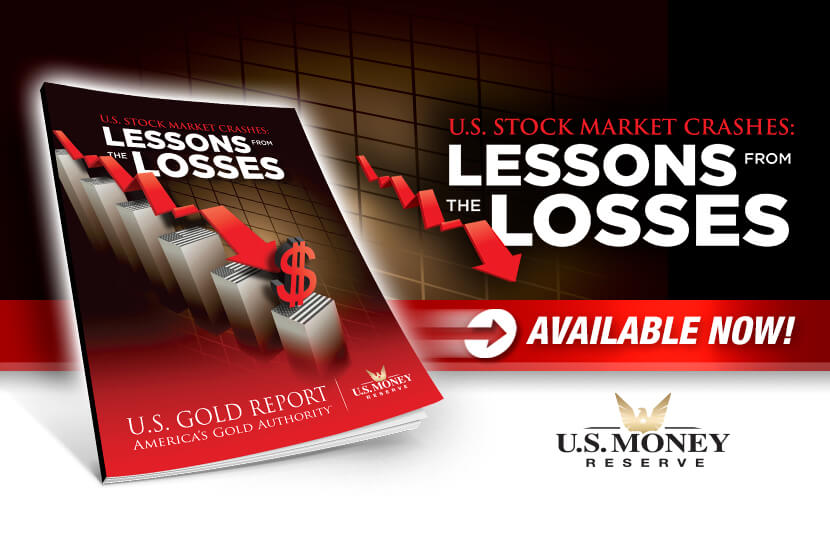 What You Can Learn from Stock Market Crashes

The infamous 1929 crash of the U.S. stock market heralded the economic meltdown that became known as the Great Depression. The turmoil of the Great Depression lasted 10 years, etching its place in history as the worst economic slump ever in the industrialized world. About half of the banks in the U.S. collapsed. Millions of Americans lost their jobs. Housing prices tanked.

As we saw during the Great Depression and in subsequent economic downturns—the Black Monday crash of 1987, the dot.com bubble burst in 2000, and most recently the Great Recession—market mayhem can seriously dampen economic activity and undermine corporate earnings, job creation, consumer confidence, real estate values, bank solvency, and foreign interests. Furthermore, it can water down the strength of our IRAs, 401(k)s, pension plans, and savings accounts. During the Great Recession alone, Americans witnessed the evaporation of $9.8 trillion in wealth.

Before the economic disasters of the 20th and 21st centuries, people on Wall Street and Main Street felt as if the good times would keep rolling; however, all good things must come to an end. Significant downturns often hit during periods of extraordinary prosperity, robust consumer spending, rising wealth, and unprecedented excess.

Many market crashes in modern times have foreshadowed a major economic slide.

>> U.S. Money Reserve’s latest Special Report breaks down the lessons we can all learn from history’s economic slides and ensuing losses. Download it for free today.

The Domino Effect Is Very Real

Billionaire Warren Buffet said the 2008 financial crisis proved that “we’re all dominoes. And we’re all very close together.”

This domino example illustrates the speed of sudden downturns, the crushing power of panic, and the uncontainable stampede toward the exits. While market sentiment, optimism, and even idealism can inflate our retirement accounts, it can just as quickly sweep away a lifetime of savings, security, and well-being.

Unfortunately, the current environment could be ripe for another downturn in the form of a recession. About three fourths of economists surveyed in August 2019 by the National Association for Business Economics believe the U.S. will slip into a recession by 2021.

Americans are worried more about an impending recession happening in the next 12 months than they were before the Great Recession. A Gallup poll taken in September 2019 found that 49 percent of Americans think a recession is likely to surface in the next year. By comparison, 40 percent of Americans surveyed by Gallup in October 2007—two months before the start of the Great Recession—expressed the same concern.

What’s even scarier is what could lie ahead.

>> Download U.S. Money Reserve’s latest Special Report, “U.S. Stock Market Crashes: Lessons from the Losses,” for a well-researched view of what might be surfacing on the economic horizon.

It’s Within Your Power to Prepare

A statistical analysis of the S&P 500 market index published by scientists from the Institute of Nuclear Physics of the Polish Academy of Sciences in Krakow indicates that in the next dozen years or so, it’s “highly probable” that we could be shaken by an unprecedented financial meltdown around the world.

We may confront “such a gigantic collapse of financial markets that all previous crashes will appear as minor stumbling blocks in comparison,” the scientists say. They refer to this potential catastrophe as a “hyper-crash.”

So whether a recession or a “hyper-crash” looms on the horizon, U.S. consumers should be prepared. One way to do that is to consider allocating a percentage of your portfolio to gold. Historically, gold has been a haven during tough economic times and has been a reliable vehicle for storing wealth. In 2019, fears of an economic slowdown have been pushing up gold prices.

“Nothing in the immediate future is working against gold; there may be bouts where gold [retreats], but the trend is upwards,” Jeff Klearman, portfolio manager at GraniteShares, told CNBC.

Amid the Great Depression, President Franklin D. Roosevelt took the U.S. off the gold standard. Under that standard, the country’s money supply was tied to gold. Nowadays, gold is an important part of your portfolio, especially as we brace for the next big economic hurdle.

To learn more about the correlation between market shifts and economic slumps, download our latest Special Report for free. The full report dives deep into explaining why markets crash and how the last few crises rippled throughout the world.