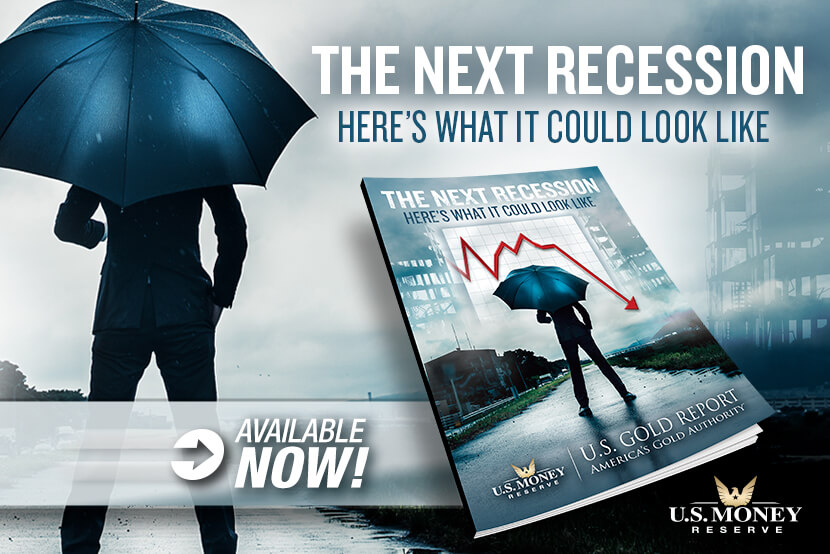 How Bad Will the Next Recession Be?

“A significant slowdown or even recession is coming sooner or later, and it’s probably coming sooner than you think. It always does,” writes Fortune editor-at-large, Geoff Colvin.

Surprised by Colvin’s warning? You probably aren’t alone. On the surface, the U.S. economy looks strong. It may soon be the longest economic expansion in history.

Yes, the unemployment rate is low. But now, there’s little room for job growth and companies may struggle to fill skilled positions since the pool of unemployed workers is so small.

Yes, the subprime mortgage crisis is over. But now, home sales have declined as housing prices have increased, all while paychecks remain stagnant.

And yes, the stock market is hitting every high note. But anything from a crushing level of household debt to an unbridled political divide could trigger a meltdown.

No one knows when the next recession will be. Analysts put it somewhere between 2019 and 2020—which isn’t too far away.

When (and if) a recession arrives, here’s how bad it might be.

>> Download U.S. Money Reserve's latest full-color, exclusive special report for more in-depth insight into how bad the next recession could be.

The Federal Reserve may be unable to help.

Between 2007 and 2009, the Federal Reserve, or Fed, used an unconventional monetary policy called quantitative easing (QE) to purchase government bonds and other assets to fuel economic growth. In doing so, the Fed’s balance sheet ballooned to a monstrous $4.4 trillion.

Financial institutions were flooded with capital. Interest rates were lowered. The goal was to stimulate the economy, increase liquidity, and protect Americans' checkbooks.

Did QE pull us out of the Great Recession? Not really. Could it pull us out of another recession? Probably not. The Fed's go-to solution, quantitative easing, might not be that effective.

Stephen D. Williamson, an economist for the Federal Reserve Bank of St. Louis, states that “QE is controversial, the theory is muddy and the empirical evidence is open to interpretation.”

After examining the available principles of QE and existing empirical data, he concludes: “There appears to be no evidence that QE works either to increase inflation, if we look at the Japanese case, or to increase real GDP, if we compare Canada with the U.S…there are good reasons to be skeptical that it works as advertised, and some economists have made a good case that QE is actually detrimental.”

>> Bottom line: In another recession, the Federal Reserve will struggle to be as potent as it once was. Download our exclusive special report to learn more about how quantitative easing was used in the past, and why it may not work in the future.

For a long time, owning a house meant security. It meant putting down roots, embracing a community, and creating a refuge for you and your loved ones.

The Great Recession changed all of that.

According to the Federal Reserve Bulletin published in June 2012: “Changes in U.S. family finances from 2007 to 2010,” the median and mean values of the primary residences of homeowners fell 18.9% and 17.6% respectively—translated into dollars that’s $39,500 and $55,700. The report stated, “Homeowners in virtually all demographic groups saw losses…and most of those losses were substantial.”

The Great Recession's housing crisis forever changed those who lived through it, from the homeowners to their children. Even so, many Americans remain unprepared for another one.

Household debt levels are now higher than they were in 2008. Americans' borrowing reached $13.29 trillion in the second quarter of 2018. That's up $454 billion from a year ago and marks a 16th consecutive quarter of increases, notes a Federal Reserve report via Reuters.

Home, auto, student, and credit loans are all fueling this increase. So are unsecured personal loans through online lenders. Like in the lead up to the Great Recession, riskier borrowers are receiving loans they probably shouldn't qualify for in the first place. That means riskier times for everyone.

Economists at the Federal Reserve and the University of California at Berkeley stated, “A collapse of the non-bank mortgage sector has the potential to result in substantial costs and harm to consumers and the U.S. government.”

Even though the structure of household debt is a little different than during the Great Recession, it's nonetheless there. And high. AND dangerous.

>> Bottom line: Big banks aren't doling out financing like they used to, but the alternative, non-bank lenders are. Download the latest special report to learn why these lenders don't have the means, or federal support, to bounce back from an economic shock.

The American worker could feel hopeless.

More than eight million jobs were wiped out during the Great Recession. Community-sustaining factories closed. From east to west, businesses both big and small went bankrupt.

A decade later, unemployment is low, and many companies are hiring again. However, the scars of one of the worst recessions in U.S. history remain.

A 2017 study by CareerBuilder reveals that:

Does that sound like a hospitable climate for the American worker? Many Americans aren't finding the work they want with the benefits that bring them peace of mind.

Even those with full-time work don't get much in the way of benefits. Fewer companies are offering pensions, retiree health insurance, long-term care insurance, and education funding.

>> Bottom line: The average American worker is still recovering from the last recession. Download our special report to see why companies, states, and Washington may not be in the best position to help.

The political divide may be too great to overcome.

Both parties worked together during the Great Recession to make things better.

In 2008, President Bush also signed the Emergency Economic Stabilization Act, which was passed while Democrats held both the House and Senate.

In 2009, President Barack Obama signed the American Recovery and Reinvestment Act, which received support from several Republican and independent Senators.

But now? Politics in America are more polarized than ever, and the inability of Democrats and Republicans to agree on anything could result in their failure to act during the next financial crisis.

>>Bottom line: Let's hope that in the event of another recession, the two parties come together for the good of the American people. If they can't, who knows how bad the next recession might be?

We may be experiencing an economic bubble, but that doesn't mean we have to live in a bubble. Download our latest special report to learn more about the recession realities we've presented here. Information is the best way to arm yourself.