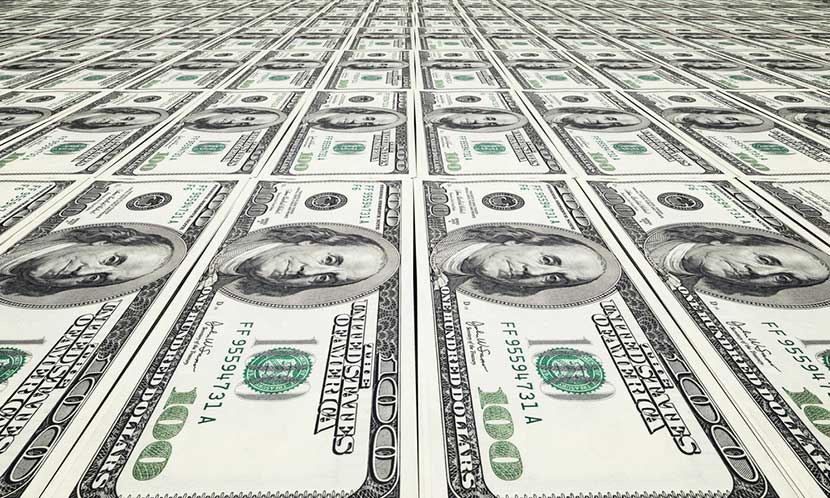 Central banks have been pumping money into the global economy without a whole lot to show for it other than sharply higher stock prices, and even that has been on the downturn for the past year.
Growth remains anemic, and worries are escalating that the U.S. and the rest of the world are on the brink of a recession, despite bargain-basement interest rates and trillions in liquidity.

It's all part of a phenomenon that Michael Hartnett, chief investment strategist at Bank of America Merrill Lynch, terms “quantitative failure,” or the flip side of the quantitative easing policy the Fed and others have been employing to stimulate growth.

“Whether the recent tipping point was the Fed hike, negative rates in Europe and Japan, or simply the growing market disclocations and macro misallocation of resources and wealth, the deflationary theme of ‘Quantitative Failure' is stalking the financial markets,” Hartnett said in a note to clients. “A multiyear period of major policy intervention and ‘financial repression' is ending with weak economic growth and investors rebelling against QE.”

Harnett offered a thumbnail of just how prolific global central bank intervention has been:

The results of those numbers:

Hartnett believes the current situation most closely resembles the 1998 Long-Term Capital Management crisis, with hints of the 1937 Fed “policy mistake” that triggered the second leg down in the Great Depression and Japan's deflationary spiral in the 1990s.

In the 1937 example, the Fed is widely cited as adding to the stress of the Depression by doubling commercial bank reserve requirements. It relaxed the policy a year later and set the stage for a strong market rally prior to the beginning of World War II. This time around, the Fed announced the quarter-point rate hike that has faced criticism for being ill-timed; central bank officials recently have openly pondered going to negative rates for interest on excess bank reserves.

In the LTCM example, Harnett sees a number of parallels: “A bull market and a U.S.-led economic recovery was interrupted by a crisis in Asia (emerging markets). Other parallels to 1998 include high-yield spread widening, collapsing oil prices, peak profits, high corporate leverage and widespread financial engineering.”

For investors, getting through the central bank difficulties will be tricky. Hartnett said a bear market rally is possible, and his comments seemed on cue given Friday's market action.

But he doesn't see a true bottom until there are greater signs of market panic and the Fed eases back on its tightening plans. That probably will require a drop to 1.5 percent in the benchmark 10-year Treasury note yield (currently 1.73 percent) and a decline of the S&P 500 below 1,800 (about 3 percent from the current level).

Hartnett advises investors to stay long on cash, gold and volatility trades, while “we remain sellers of risk assets into strength,” and to stick with growth, yield and quality.