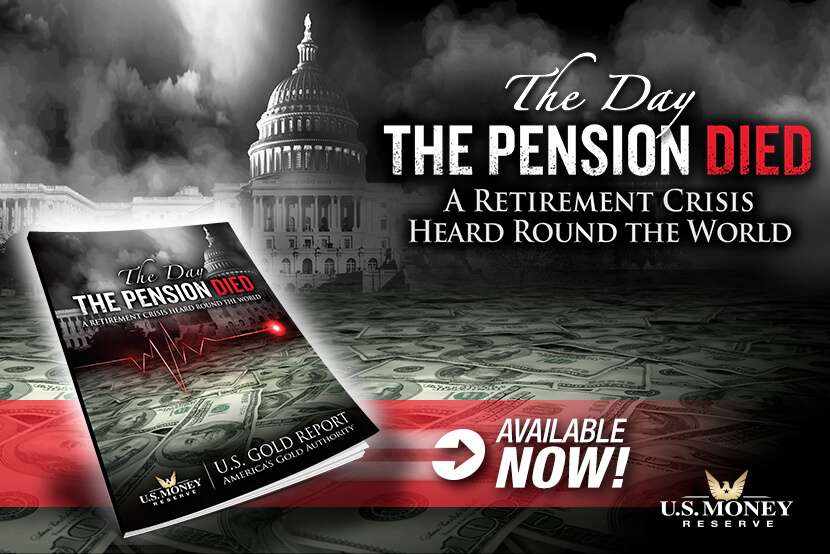 There was a time when loyalty to an employer meant something. You sacrificed and served your government or company during your working years, and in return, they provided you with some form of retirement security—usually a pension. It was a promise you could count on. A guarantee you could bet your gold watch on!

But a decade ago, a cruel cocktail of events threw a wrench in the pension promise. The subprime mortgage crisis, housing crash, and punishing recession dramatically changed the retirement landscape. Millions of workers lost their savings and entire retirement caches—as well as their financial peace of mind.

Today, pensions seem to have little hope for survival. Public, private, or global—all types of pensions are proving to be mathematically unsustainable.

Follow along as we break down the state of public and private pensions, and share with you where you can find hope in the retirement savings landscape.

Most public employees, like teachers and police officers, are covered by public pension plans. These plans are the lifeblood of retirement income for public workers, especially for those whose negligible salary increases have been eroded by inflation. Sadly, this “lifeblood” is drying up.

State pension funds reported a $1.4 trillion deficit in 2016, an increase of $295 billion from the year before. This funding gap marks the 15th yearly increase in state pension deficits since 2000.

Municipal, or city-level, pension funds fare little better. For example, Phoenix, Arizona, has a $1.8 billion gap in pension funds. Houston, Texas has a $5.3 billion gap. Chicago, Illinois has a staggering $45.5 billion gap. Check out this interactive map of pension liability to see public pension underfunding by state and city.

“Every year that goes by leads to more red ink and more concern because the state and local plans across the country have clearly not done what they should have done to contribute the right amounts, to invest their assets in their pension plans carefully and thoughtfully,” says Olivia Mitchell, professor of business economics and public policy at Wharton. “Older folks are living longer and needing more medical care, needing longer retirement benefits. It’s a series of challenges that, frankly, nobody is paying much attention to.”

To close the public pension funding gap, employers (taxpayers like you) and employees will likely need to increase contributions or decrease payouts. Otherwise, promises to our teachers, police officers, and firefighters could be broken.

>> Can the race to save public pensions be won? Download The Day the Pension Died to learn more.

The pension crisis isn't isolated to the public sector. Private pensions are experiencing their own moment of truth, too.

Private pensions used to be widely available. Various revenue acts were passed in the 1920s to help bring them into the mainstream. In the 1950s post-war boom, about 25 percent of the private workforce had a pension plan. That number increased to 50 percent by 1960, and at the height of adoption, over 80 percent of private-sector workers were dreaming of pension plan benefits in their golden years! 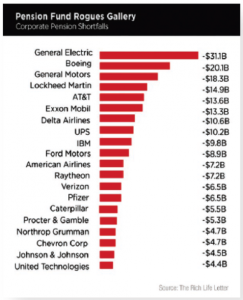 challenging for American corporations to fulfill their pension promises.

Companies took advantage of an often-overlooked sub-paragraph of the Revenue Act of 1978 and shifted their focus to a deferred contribution plan called the 401(k). Workers could use tax-deferred salary dollars to build their own retirement accounts.

With that, the responsibility of saving for retirement shuffled from employer to employee.

Many companies have since frozen existing pension plans, stopped offering pensions to new hires or eliminated their pension programs altogether.

Other U.S. businesses, those saddled with previous pension obligations, have been left with billions of dollars in pension shortfalls. Look at General Electric. They're $31.1 billion in the hole. Ford Motors is $8.9 billion short. Johnson & Johnson has a deficit of $4.5 billion! The list of great American companies scrambling for pension funds goes on and on.

But the 401(k) hasn't proven to be America's saving grace.

As discussed in “The Great American Caper: The 401(k) Bait and Switch:”

“Average 401(k) balances are well short of the funds needed to support comfortable retirements. An astonishing two-thirds of Americans with 401(k)s don’t contribute a single dime, and according to a recent Government Accountability Office (GAO) study, 29% of Americans over 55 have no retirement savings at all.

For baby boomers in particular, the 401(k) has been an abject failure. Many were wiped out by the financial crisis of 2007–2009 when some $2 trillion in assets were lost in just 15 months. Most of those born between 1946 and 1964 now report having only about a third of what they’ll need to live out their later years in relative comfort. The dramatic switch from retirement pensions to 401(k) plans must shoulder some of the blame.”

Private pension plans won't be making a comeback. Today, it's up to you—the employee—to carefully grow and tend your nest egg. Or, work until you die.

>> The American worker is shouldering a big burden. How big? Download our latest special report to learn more.

The promise of a gold watch and a pat on the back come retirement has all but come to an end. Pension promises are being broken and will likely continue to be. This is not the retirement we once dreamed of.

When the pension crisis finally blows, fear will take hold and there will be little safety in traditional markets, real estate, or cash. Retirees or soon-to-be retirees will likely rush to protect their portfolios with the one asset that has proven itself to be an enduring store of wealth for thousands of years: gold.

Could this be why the Swiss government's pension fund increased its gold holdings in 2016 and announced a diversification into gold bars in 2018? We think so.

You're in charge of your retirement—now more than ever—and that means there's no limit to how well you can set yourself up. Avoid easy-to-make mistakes that could dash your retirement dreams, including being absent from your retirement plan.

Download U.S. Money Reserve's exclusive special report to better understand the retirement risks ahead and the remedy that could safeguard your golden years.