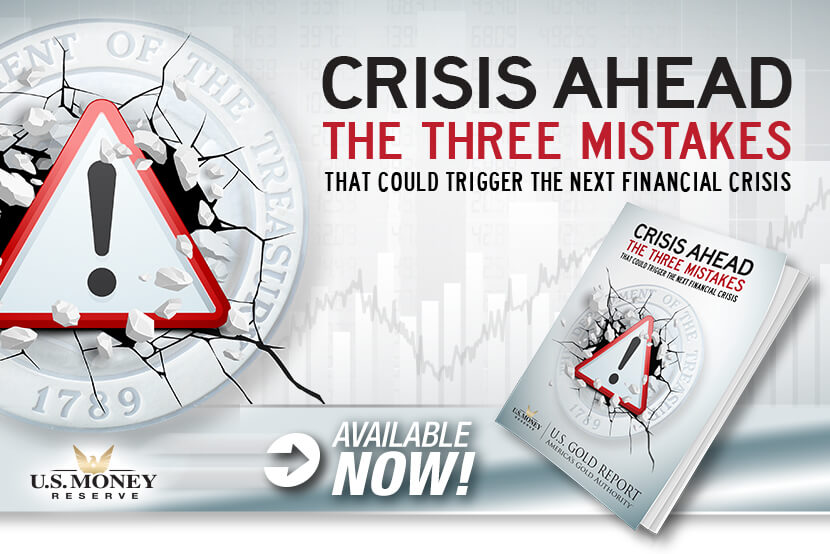 Crisis Ahead? These Mistakes Could Trigger the Next Financial Crisis

Nothing comes into existence without a force to create it. Our financial world and its many ups and downs is no exception to this rule.

Sure, current U.S. economic expansion is on a roll.

“Goldman Sachs says there's a 90 percent chance this expansion will break the prior record set during the 1990s tech boom when the economy grew uninterrupted for a decade,” notes The Washington Post.

But all good things must come to an end. A slowdown might be just around the corner. Niall Ferguson, the historian who predicted the 2008 financial crisis, warns that another financial crisis is more imminent than any of us would like to believe.

And the next financial crisis won't manifest out of the blue. Analysts can trace the last crisis to a wicked concoction of deregulation, securitization of loans, subprime lending, and Fed rate adjustments, and they have a pretty good idea of what might trigger the next one. The question is, will anyone pay attention? More importantly: Are you paying attention?

A battery of errors at the federal level could send the economy into a downward spiral like it did in 2008. Three blunders pose the most immediate risk, two of which we'll share with you here.

Will interest rate hikes take us closer to the edge?

Former Federal Reserve economist Arnold Kling says there's only one place to look when there's a recession: the Fed, the central bank of United States.

“All recessions are the fault of the Fed. Either by commission or omission, the Fed has messed up if we have a recession,” says Kling.

The Federal Reserve lowered interest rates after the 2008 crisis and has slowly been raising interest rates since 2015, all in an effort to normalize monetary policy. There have already been two increases in 2018, and two more are planned for this year—one in September and one in December.

You might think these rate hikes have little to do with you. Perhaps you already have a mortgage (and a great rate to match), no student debt, and no car payment. Congratulations. You are very, very unique.

Rate hikes, however, can have far-reaching consequences and unintended side effects, regardless of your personal debt level. Increasing or decreasing interest rates allows the Fed to balloon the money supply, devalue the dollar, take on debt, and fuel boom-bust cycles. One wrong move can upset market equilibrium, trigger inflation, and more. It's happened before.

Joseph LaVorgna, Chief Economist for Natixis CIB Americas, has speculated that the planned rate hikes “could be a policy mistake, meaning the Fed goes too far” and they “hike more than what's prudent.”

Many argue that recessions are littered with breadcrumbs of Fed miscalculations or errors. Monetary policy has played a direct role in creating many recessions or the ideal conditions for them to fester.

The million-dollar question remains: If decreasing interest rates helped the nation recover from the last recession, will an increase lead to a relapse? If it does, will you be ready?

>> Don't forget your free special report, Crisis Ahead: The Three Mistakes That Could Trigger the Next Financial Crisis. Download it today to learn more about Fed tightening before crisis events.

What will happen when we remove safeguards against greed?

There's no such thing as a perfect institution. Everyone makes mistakes, banks and lenders included. If you were hard hit by the financial crisis of 2008, you know this to be true firsthand.

The stock market went into freefall. Major financial institutions crumbled. Banks failed. Economies around the world plunged into recession—all due, in part, to a lack of oversight and regulation in the banking sector.

“However it is defined, the mortgage foreclosure crisis will go down as one of the worst periods in our nation's financial history,” says the St. Louis Fed. “For the nation as a whole, the crisis will have lasted almost a decade—about as long as the Great Depression.”

In response, lending criteria tightened. President Obama signed the Dodd–Frank Act in July 2010 to increase oversight of the banking system. Federal regulations were put in place to keep greed and risk at bay.

Too little, too late for the many Americans who saw $16 trillion in net worth evaporate in the recession, and the hundreds of thousands more who lost their entire life savings.

Fast forward to May 2018 when the House voted to roll back most of the Dodd–Frank Act. Why? The system is no less greedy than before. Human nature hasn't changed. U.S. households are still overleveraged.

Consumer borrowing reached $13.29 trillion in the second quarter of 2018, an increase of $454 billion from a year ago and more than $600 billion higher than 2008 peaks. And Americans aren't any better at keeping up with payments, whether for credit cards, auto loans, student loans, or home loans.

Again, the million-dollar question is: If regulations were needed to right the wrongs within the banking system, will removing them make the system vulnerable once again? And are you relying on this flawed system in any way to safeguard your future?

>> Download our latest special report, Crisis Ahead: The Three Mistakes That Could Trigger the Next Financial Crisis, to learn how bank lending and regulations have influenced previous recessions.

How will you prepare?