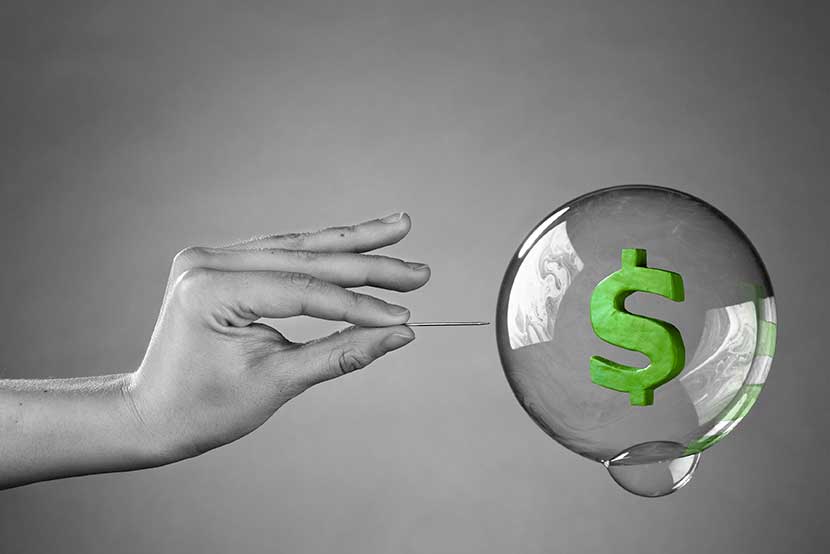 Gold in Another Stock Market Bubble

For weeks, I’ve intended to write a post on the current stock market bubble, and now, the New York Times‘ David Leonhardt has beaten me to it, but I'll make some additional points.

Robert Shiller, a Noble prize-winning economist, is among the market analysts and economists whose work I follow and admire. I discovered Shiller several years ago when I was telling people that stocks were becoming over-valued.

Most people disagreed with me and pointed to price/earning ratios (the current price of a company’s stock divided by the company’s annual earnings), which at the time were inline with historical averages. I believed stock prices were inflated (they're even higher, today), but price/earnings ratios are followed so religiously, I  couldn’t make a persuasive case. Then I discovered Shiller's work.

So, what's wrong with P/E ratios?

Shiller’s analysis is based on price/long-term earnings (rather than annual earnings). He shows that a year isn’t enough time to determine whether a company’s stock price is too high or too low. This makes perfect sense. Short-term effects, such as the state of the economy, one-time accounting adjustments, and the success or failure of a new product, distort P/E ratios.

Price/long-term earnings (P/(l-t)E) ratios correct for this distortion and today warn us that that stock prices are very high. In fact, as Leonhardt writes, the only times P/(l-t)E ratios have been this high was leading up to the 1929 crash, just before the dot-com bubble burst in 2000, and on the eve of the 2008 financial crisis. 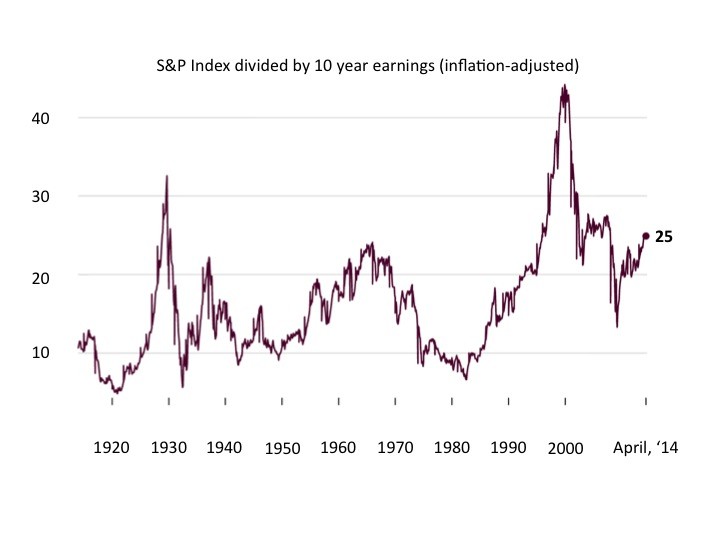 Multiple economic forces are driving stock prices to these unsustainable heights. The most widely recognized are very low interest rates, low commodity price and labor cost inflation, and increasing efficiency from technological innovation. All of these forces increase corporate profits and stock prices, and they're unlikely to be sustained indefinitely.

The threat of high inflation is what worries most gold advocates about QE. I don’t worry so much about inflation. For five years, we’ve heard repeated warnings that QE will inevitably spark a sharp rise in inflation but today there’s no sign of it. The Fed’s QE policy is unprecedented, so maybe it will lead to higher inflation some years down the road. But inflation is the least of our concerns, today.

What worries me is the huge amount of money QE has driven into stocks by driving interest rates so low that investors have rushed into stocks, and accepted ever-higher levels of risk, in search of higher returns.

Moreover, rapidly rising after-tax incomes of wealthy investors, lower capital gains taxes, and increasing leverage have added to the storm surge of money into stock markets. The gutting of financial market regulation over the past 20 years and the failure to hold anyone accountable for rampant abuses in the financial sector have eroded the flood walls that protected us for 70 years.

At the risk of torturing this metaphor, we have allowed Wall Street, and the rest of us as collateral damage, to become vulnerable to a financial Hurricane Sandy.

Over the past year, Jeremy Stein, a board member of the Fed, has been warning of this unintended consequence of QE. More recently, he has worried that poor communications by the Fed about QE, or misinterpretation of the Fed's intent by markets, pose significant risks to investors.

Stein does not mention another risk: the purposeful mischaracterization of Fed statements by analysts and others who speculate on short-term market movements. After years of observing markets and financial media, I'm persuaded that this type of disinformation-peddling occurs routinely. This might be considered a venal sin of the industry among the many mortal sins we've witnessed in recent years, but it heightens risk for all of us, investor or not.

As I’ve written in previous posts, gold, as wealth insurance, protects you in hard times by offsetting losses elsewhere in your portfolio. Gold has consistently outperformed other asset classes in the seven periods of economic or political turmoil of the past 25 years, most dramatically in the 2008-2009 financial crisis. I believe we are creating conditions that will lead to an economic crisis more severe than the Great Recession of 2008-2009. Of course, the Great Recession was the worst economic crisis since the Great Depression. 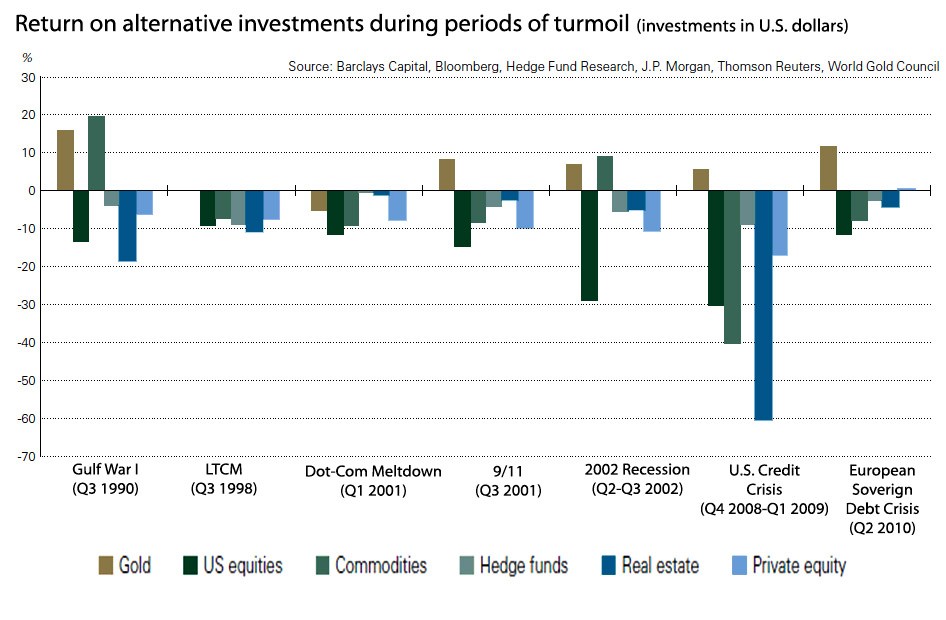