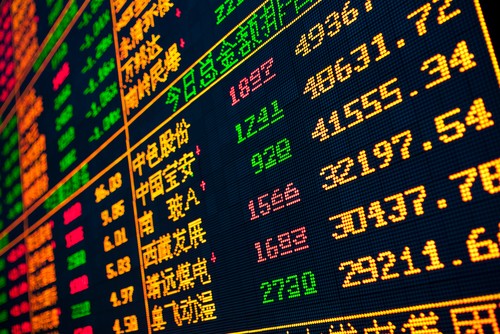 Investors with stakes exceeding 5 percent must maintain their positions, the China Securities Regulatory Commission said in a statement. The rule is intended to guard capital-market stability amid an “unreasonable plunge” in share prices, the CSRC said.

While China has already ordered government-owned institutions to maintain or boost their stock holdings, the CSRC’s directive expands the ban on sales to non-state companies and potentially foreign investors who own major stakes in mainland businesses. Regulators have unveiled market-boosting measures almost every night over the past 10 days, steps that have so far failed to revive investor confidence. Foreign traders sold Chinese shares at a record pace this week in part due concerns over the government’s meddling in markets.

The Shanghai Composite Index slid 5.9 percent on Wednesday as official attempts to stop the selling, including measures to prop up small-cap stocks, were overshadowed by data showing an unprecedented liquidation of margin trades on Tuesday.

The one-month rout is almost equivalent to the annual output of Germany, the world’s fourth-largest economy.

For some foreign investors, the ban may shelve their plans to divest their interests in mainland companies.

Deutsche Bank will have to wait if it plans to sell its 20 percent stake in Beijing-based Huaxia Bank Co., a move that would help shore up the lender’s finances, according to Piers Brown, an analyst at Macquarie Group Ltd.

Chinese authorities have also suspended initial public offerings, restricted bearish bets via stock-index futures and encouraged financial firms to buy shares. In perhaps the most dramatic effort to prevent investors from selling, local exchanges have allowed at least 1,331 companies to halt trading in their shares.

As the Shanghai Composite’s record-breaking boom goes bust, President Xi Jinping’s government is intervening in an attempt to prevent falling stock prices from eroding confidence in his leadership. The moves have cast doubt on the ruling Communist Party’s pledge less than two years ago to give market forces a bigger role in the economy, part of its largest reform drive since the 1990s.

“When Xi Jinping stressed the ’decisive role of market forces,’ I don’t think this is what he had in mind,” Jim Chanos, founder of hedge fund Kynikos Associates who predicted the collapse of Enron Corp. in 2001, said by e-mail.

China isn’t the only market with a history of state intervention. During the Asian financial crisis in 1998, Hong Kong’s government bought shares worth $15 billion to prop up the market. In the U.S., the Securities and Exchange Commission temporarily banned short selling on some shares during the global financial crisis in 2008.

“It may have a small impact in short term, but like all market manipulation, there will be a price to be paid later,” Gregory Lesko, a money manager at Deltec Asset Management LLC in New York, said by e-mail. “I recall a slew of short selling bans during the financial crisis. Nothing saved the day.”

Under current mainland rules, a single foreign investor can own as much as 10 percent of a company’s issued shares, according to the Hong Kong stock exchange’s website. International funds have gained unprecedented access to the Shanghai market through an exchange link with Hong Kong that began in November, and authorities have said they’re planning a similar link with China’s smaller bourse in Shenzhen this year.

MSCI Inc., whose indexes are used to benchmark an estimated $9.5 trillion of assets, cited China’s capital controls as a reason why mainland shares were left out of its global equity gauges in June.

Foreign investors have sold a net 33.4 billion yuan ($5.4 billion) of Shanghai shares through the city’s exchange link in the past three days. China has allocated investment quotas of about $138 billion through its so-called QFII and RQFII programs for foreign money managers, which include BlackRock Inc. and HSBC Global Asset Management.

“The extent to which they can apply this to foreign ownership interest remains to be seen,” said Brian Jacobsen, who helps oversee $250 billion as the chief portfolio strategist at Wells Fargo Funds Management. “They are grasping at straws to find a way to stop the selling pressure.”