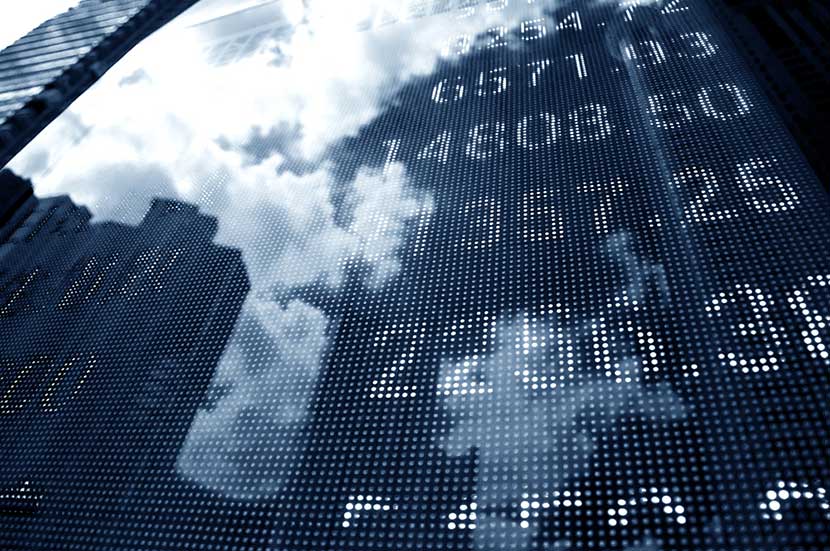 The late-day selloff came despite earlier gains sparked by better-than-expected trade data from China and an early bounce in oil prices from recent lows.

But the two-day bounce faded as the mood shifted on Wall Street from the once-winning buy-the-dip mentality to a “sell the rally” strategy, says Jack Ablin, chief investment officer at BMO Private Bank. By the way investors are selling into rallies, it appears they believe more pain is forthcoming.

“There's been a mindset change,” Ablin told USA TODAY. “The consistent drumbeat of selling suggests investors believe there is more downside to come.”

The small-cap Russell 2000 has suffered the biggest losses, and is now down 22.2% from its June 2015 peak, putting it back into bear market territory, defined as a drop of 20% or more.

Earlier in the day, it appeared the market math was basic Arithmetic 101: Better data from China plus higher oil prices equals higher stock prices. But that investment thesis gave way later to fears of a global recession and the decision of investors to pare back risk and sell stocks.

Some on Wall Street argue that the continuing weakness in the stock market is signaling that the odds of a recession in the U.S. are on the rise.

And even though the broad S&P 500 stock index is only down 11.3% from its May peak, Douglas Ramsey, chief investment officer at Leuthold Group, believes the U.S. stock market is already in a bear market, which he argues began last May at the market's last peak.

“I'm really concerned,” Ramsey told USA TODAY, adding that the current downturn is the second leg down in the bear market, which could drag the broad market down 20% to 25% before market valuations are low enough to lure investors back in. He said the next leg down will eventually hit so-called “defensive stocks”.

“We expect more victims ahead, including eventually the safe-haven stocks,” he said.

Ramsey's bearish call was trumped by a note put out Wednesday by SocGen mega-bear Albert Edwards. the U.K.-based market strategist argued that another major financial crisis is brewing and predicted the S&P 500 would fall to 550, or 75% from its peak as “global deflation and recession” take hold.

A closely followed Wall Street fear gauge, dubbed the VIX, spiked 16% before closing up almost 12% as the investor angst level picked up after the afternoon selloff.

Investors sought the perceived safety of the U.S. government bond market. The 10-year Treasury yield fell as low as to 2.04%, down sharply from its 2.27% yield at the end of 2015 and at its lowest level since late October.

Wall Street has been looking for anything that reverses the pessimism about China, the world's second biggest economy, or the oil patch, which has been decimated by plunging oil prices. Bad news on both those fronts had sent stocks down 6% in the first week of the year.

Stocks had rallied at the opening bell and it appeared the Dow could notch its first-three-day winning streak since Dec. 23.

Driving the initial bullish price action was good data out of China and rising oil prices. Chinese exports in December fell just 1.4%, well below the 8% drop analysts had forecast. And in the oil market, U.S.-produced crude, which Tuesday briefly dipped below $30 a barrel for the first since December 2003 rose as high as $31.71 a barrel before pulling back after a report showed slipping demand. Oil was up 0.1% to $30.46 in afternoon trading.

“Chinese data has helped global equities, as has the first rally we have seen in oil in some time,” Paul Hickey, co-founder of Bespoke Investment Group told clients in a note before the opening bell.

Shares in Europe were mostly higher with the broad Stoxx Europe 600 index up 0.5%.

Asian shares were mixed but skewed to the upside. Japan's Nikkei 225 surged 2.9% and the Hang Seng index in Hong Kong rose 1.1%. Stocks in mainland China suffered a late-day selloff and finished down 2.4%.

Wall Street is also gearing up for more earnings releases Thursday, when chipmaker Intel (INTC) and major bank JPMorgan Chase (JPM) report results. Analysts are forecasting a contraction in earnings north of 4% for the fourth-quarter of 2015.