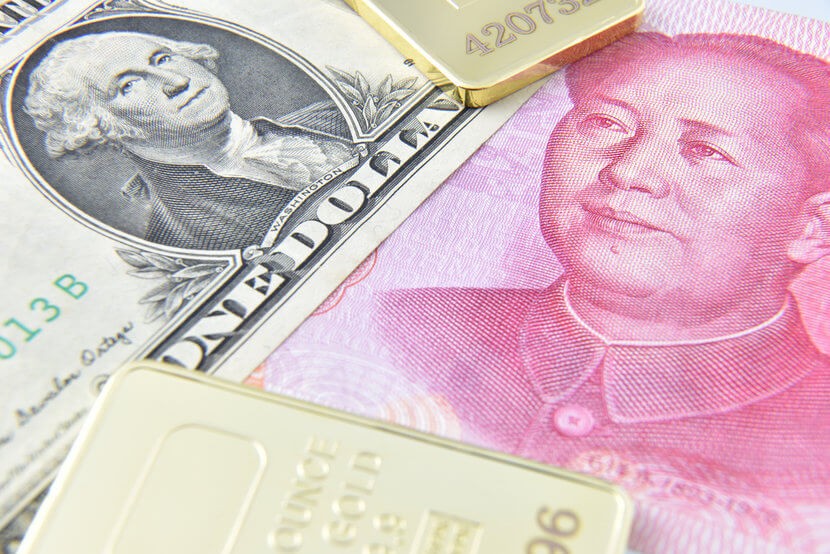 On October 1, the International Monetary Fund (IMF) added the Chinese yuan to its special drawing rights (SDR) basket of currencies. If you've read these headlines, you likely have a few questions. What's the yuan? What does the IMF do? What does this mean for the U.S. economy, if anything at all? Read on to see what economists, analysts, and even academics are saying about this development and find out how this inclusion could impact your precious metals portfolio in the future.

A basic understanding of these terms is essential to making sense of recent headlines. Here, we lay the foundation for understanding the yuan, the IMF, and special drawing rights.

The International Monetary Fund is a multinational organization of 189 countries that serves, in part, as a rescue fund for troubled countries. It was established towards the end of World War II as more and more countries were abandoning the gold standard, with the aim to promote global economic stability.

One way the IMF works to support global economic stability is with special drawing rights. SDRs refer to an international reserve asset that supplements IMF member countries' official reserves. While not a currency, the value of the special drawing rights is “determined by a weighted average of currencies that includes the dollar, euro, yen, the British pound, and now, the yuan,” writes MarketWatch.

If a member of the IMF doesn't have enough of a given reserve currency in its economy to facilitate trade or settle an international debt, “it can sell SDRs to other members in exchange for any currency in the basket,” continues MarketWatch. With the inclusion of the yuan, central banks who hold their foreign exchange reserves in euros or dollars now have an alternative.

With this understanding in mind, we'll examine what the yuan's inclusion in this basket of currencies could mean for China, the U.S. and the dollar, and the precious metals market.

4 Things to Know About the IMF's Inclusion of the Yuan

1. It could bolster China’s power, potentially at the expense of the U.S.

This is somewhat of an automatic stamp of approval for China, as their currency has now been given an international vote of confidence and deemed to be “freely usable” by the IMF's criteria, says economist Raymond Yeung. According to others, like Cornell professor Eswar Prasad, China's inclusion in the SDR is more of an important symbolic victory, “an overdue acknowledgement of China's economic clout by the West.”

However symbolic some economists think the inclusion may be, the outlook appears to be boosting China’s power within the global economy. The People’s Bank of China for one, plans to use this vote of affirmation to “further deepen economic reforms, promote global growth,” and encourage international usage of the currency. The yuan’s inclusion could bring billions into China, further strengthen their onshore bond market, and prompt central banks to stock up on Chinese currency and assets, with estimates of as much as “$1 trillion of inflows in a five-year period,” notes Bloomberg.

In the long run, more widespread use of the yuan (as China intends) could mean an influential share of global payments is made in the yuan, not the dollar. As the currency grows in strength, so will the purchasing power of China, a country that remains the biggest consumer of commodities and the largest producer and consumer of gold in the world, according to Bloomberg. Could China significantly increase their gold holdings on the back of a stronger yuan? Could the yuan become the preferred global currency? As China’s power increases, the possibility is very real.

2. The yuan is not a threat to the U.S. dollar—for now

While the yuan may not pose an immediate threat to the dollar's dominance as a global reserve currency right now, it's expected to replace the pound and yen in trade settlements within the next few years, writes Forbes contributor Kenneth Rapoza.

Despite this prediction, some market analysts believe that China truly does aim to challenge the dollar's dominance and that they’ve long been looking for an alternative to the dollar. China will now be at the center of any kind of discussion about monetary reform, says Steve Hanke, professor of applied economics at Johns Hopkins University. The “Chinese will be able to get more leverage in the international markets; that is how they see themselves positioned to challenge the U.S. dollar.”

The dollar has been able to fend off the yen and the euro as the world's primary reserve currency since the mid-20th century, but can it hold on forever? History shows that reserve currencies come and go, writes Kitco's Kira Brecht. Before the U.S. dollar, it was the British pound. Before that, the Dutch guilder, the Florentine florin, and the Arab dinar. While only a fraction of central bank reserves are denominated in yuan at the moment, Daragh Maher, U.S. head of currency strategy at HSBC, believes that “as China opens its economy and capital account, the share of international reserves denominated in yuan will continue to grow.” As it gains strength, could the yuan stand to challenge the dollar? 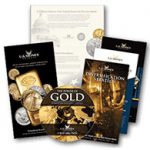 “Holding cash will not make you wealthy,” says John Mauldin of Mauldin Economics. Central banks can devalue a currency overnight, simply by printing more money. Gold, on the other hand, could help protect your hard-earned dollars. Learn more about the potential benefits to holding gold when you sign up to receive a free Gold Information Kit, exclusively from U.S. Money Reserve.

3. The yuan's impact on gold could be more long-term

When the IMF first reported in late 2015 that it expected to include the yuan in its basket of currencies, analysts did not predict a significant impact on gold prices, at least in the short term writes Kitco. Economic consultant Jeffrey Nichols sees little near-term effect on gold, but a “potential for the yuan's inclusion to be slightly beneficial for the metal in the ‘very long run,'” especially if the dollar's strength as a reserve and settlement currency is diminished.

In addition, should the world decide to look at precious metals in yuan by the gram—instead of in dollars by the ounce—the Chinese could also “exert increased influence over the world's gold and silver markets which [would] ultimately contribute to the decline of the supremacy of the U.S. dollar in world markets,” predicts Anthony Anderson on Equities.com.

4. China could be looking to make the yuan the next “safe haven currency”

Some wealth holders believe that the IMF's confidence in the yuan is confirmation of its status as a safe-haven currency. With China’s economy now the second-largest in the world and gradually catching up to the U.S., the days of the dollar’s dominance could be waning, according to those cheering for the yuan. Rising levels of debt and political dysfunction in the U.S. would only speed up the dollar’s decline and the yuan’s rise, they argue, and these proponents of the yuan could prove correct.

“It’s remarkable that the yuan has become an official reserve currency even without meeting the traditional prerequisites,” says Professor Prasad of Cornell. In order for it to become a safe place for discerning wealth holders to put their money in times of turmoil, though, both foreign and domestic buyers “must have trust in China and that is missing,” adds Prasad.

This trust may not be too far off, though. When the IMF first rejected China’s bid for inclusion in the SDR basket, they “made the yuan’s fixing more market-based, allowed greater access to its bond market and closed the gap between the currency’s rates at home and abroad.” Plus, the Chinese government plans to push ahead with reforms to their exchange-rate policy with explicit intentions of bringing about trust in the yuan.

The magnitude of this change will take time to realize

In part, the long-term outcome of the yuan's inclusion in such an important financial system will depend on how the relationship between China and the U.S. evolves. “Will [China] take it as incentive to bring in transparency and reform the financial system, which is not in good shape now? [And] if the U.S. does not like the market outcome, will it muscle in and [try to] influence the system, which the Chinese will not like?” Wharton management professor Minyuan Zhao asks.

Given the uncertainties, China's relative unpredictability, and the yuan's potential long-term impact on the dollar, gold and silver could continue to be your most trusted portfolio diversifiers. According to Kitco's Kira Brecht, more and more asset managers are bumping up their asset allocation levels of gold, and after discussing the yuan's inclusion in the international monetary fund she dares to ask, “What's in your portfolio right now?”

If you have questions about the right portfolio diversifier for your wealth goals, call 1-844-307-1589 today. Our knowledgeable and experienced Account Executives can help you understand these recent headlines in the context of your unique portfolio, explain the potential profit benefits to holding gold and silver, and provide you with a free, one-on-one consultation.