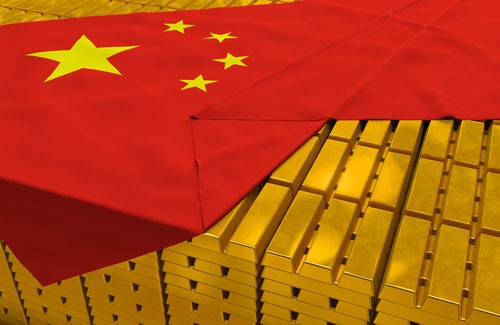 China has been making it very clear that it wants more control over the global gold market, but it’ll have to go through New York and London first.

“Given that China is the epicenter of the physical gold market, it does make sense that the Chinese government would want its physical Shanghai gold market to supplant the Comex derivative market (and others) as the primary global price-setting mechanism,” said Anthem Blanchard, chief executive officer of online precious-metal retailer Anthem Vault.

China is, after all, the world’s largest producer and one of the biggest buyers of the metal, often running neck and neck with India as the globe’s top consumer.

“This will allow Chinese banks to participate in the gold market on a global basis,” said Julian Phillips, founder of and contributor to GoldForecaster.com.

New York and London have generally been the hubs for setting gold prices. But with “so little gold going through Comex in physical terms, this is a distortion of demand and supply as it only reflects the trading picture of speculators in New York,” said Phillips. He noted that only 5% of contracts are delivered on Comex after notice has been given of this intention.

“Control over the gold price is exercised in New York and London, leaving China at the mercy of those two centers,” he said.

So despite China’s huge presence in the physical market, it hasn’t had much control over the global gold price.

Having New York and London as the price-setting locations has “kept gold prices well below the level of demand and supply should reflect,” Phillips said. China does not want an uncontrolled gold price, but it also “does not want the U.S./U.K. to have control over this market if they are minor players.”

China can “promote yuan trading in gold, with Chinese banks taking up stock and selling it to other buyers in yuan,” Phillips said. Add that to a yuan gold “fix” price in Shanghai, expected before the end of the year and you will have a market “that is not distorted by the banks, their proprietary trading, or control of the gold distribution system globally.”

Instead, “China will hold these reins,” he said.

In the end, it may be really about China operating independently of the U.S. financially, Phillips said.

Gold isn’t just a commodity, it is “money” and recognized by all global central banks as such, he said.

To have a global multi-currency system, the expectation is that gold will act in a pivotal role alongside the U.S. dollar, sterling, the yen, and Swiss franc—and, this year, the yuan, he said.

He believes the dollar will lose a lot of its influence in global trade—“so it is not just about gold for China, it is a new monetary system relatively independent of the U.S. and the dollar.”