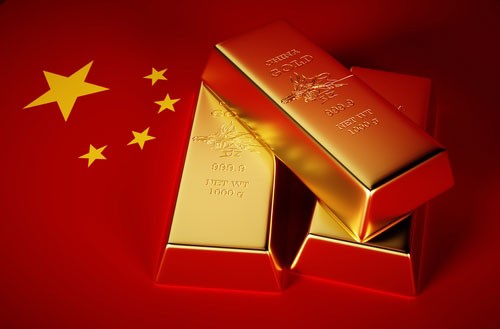 The “Silk Road Gold Fund” — led by the Shanghai Gold Exchange and others — is reportedly focused on investing in gold projects as part of China’s “New Silk Road” push to deepen economic ties with other countries in the region, particularly those along the ancient Silk Road trade route linking Eastern and Western Asia. In fact, the fund’s founding late last week took place in Xi’an, the historic starting point of the Silk Road.

In addition to buying stakes in gold-mining projects and companies in the New Silk Road area using “private-equity and venture-capital methods,” the new fund would also be used to invest in gold-miner stocks and to set up gold exchange-traded funds, the state-run Shanghai Securities Journal quoted an unnamed insider as saying on Monday.

The fund may also boost China’s power over the world gold market and could increase the use of the yuan in pricing gold, the National Business Daily quoted economist Song Qinghui as saying on Wednesday.

Song also said additional funds aimed at the New Silk Road, possibly focused on transportation and other infrastructure investment, may be set up in the future, the report said.

Gold demand in Asia has accounted for more than 70% of the global total in recent years, and the gold-rich Central Asian region lacks strong exploration and mining skills, the report said.

This story originally appeared in MarketWatch by Laura He. View article here.