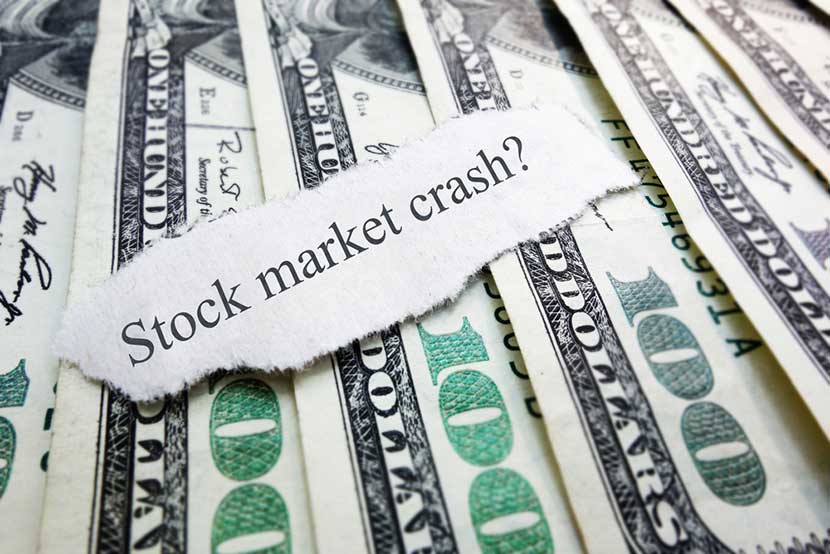 A Recession Worse than 2008 is Coming

The S&P 500 has begun 2016 with its worst performance ever. This has prompted Wall Street apologists to come out in full force and try to explain why the chaos in global currencies and equities will not be a repeat of 2008. Nor do they want investors to believe this environment is commensurate with the dot-com bubble bursting. They claim the current turmoil in China is not even comparable to the 1997 Asian debt crisis.
Indeed, the unscrupulous individuals that dominate financial institutions and governments seldom predict a down-tick on Wall Street, so don't expect them to warn of the impending global recession and market mayhem.

But a recession has occurred in the U.S. about every five years, on average, since the end of WWII; and it has been seven years since the last one — we are overdue.

Most importantly, the average market drop during the peak to trough of the last 6 recessions has been 37 percent. That would take the S&P 500 down to 1,300; if this next recession were to be just of the average variety.

But this one will be worse.

A major contributor for this imminent recession is the fallout from a faltering Chinese economy. The megalomaniac communist government has increased debt 28 times since the year 2000. Taking that total north of 300 percent of GDP in a very short period of time for the primary purpose of building a massive unproductive fixed asset bubble that adds little to GDP.

Now that this debt bubble is unwinding, growth in China is going offline. The renminbi's falling value, cascading Shanghai equity prices (down 40 percent since June 2014) and plummeting rail freight volumes (down 10.5 percent year over year), all clearly illustrate that China is not growing at the promulgated 7 percent, but rather isn't growing at all. The problem is that China accounted for 34 percent of global growth, and the nation's multiplier effect on emerging markets takes that number to over 50 percent.

Therefore, expect more stress on multinational corporate earnings as global growth continues to slow. But the debt debacle in China is not the primary catalyst for the next recession in the United States. It is the fact that equity prices and real estate values can no longer be supported by incomes and GDP. And now that the Federal Reserve's quantitative easing and zero interest-rate policy have ended, these asset prices are succumbing to the gravitational forces of deflation. The median home price to income ratio is currently 4.1; whereas the average ratio is just 2.6.

Therefore, despite record low mortgage rates, first-time homebuyers can no longer afford to make the down payment. And without first-time home buyers, existing home owners can't move up.

Likewise, the total value of stocks has now become dangerously detached from the anemic state of the underlying economy. The long-term average of the market cap-to-GDP ratio is around 75, but it is currently 110. The rebound in GDP coming out of the Great Recession was artificially engendered by the Fed's wealth effect. Now, the re-engineered bubble in stocks and real estate is reversing and should cause a severe contraction in consumer spending.

Nevertheless, the solace offered by Wall Street is that another 2008-style deflation and depression is impossible because banks are now better capitalized. However, banks may find they are less capitalized than regulators now believe because much of their assets are in Treasury debt and consumer loans that should be significantly underwater after the next recession brings unprecedented fiscal strain to both the public and private sectors.

But most importantly, even if one were to concede financial institutions are less leveraged; the startling truth is that businesses, the federal government and the Federal Reserve have taken on a humongous amount of additional debt since 2007. Even household debt has increased back to its 2007 record of $14.1 trillion. Specifically, business debt during that time frame has grown from $10.1 trillion, to $12.6 trillion; the total national debt boomed from $9.2 trillion, to $18.9 trillion; and the Fed's balance sheet has exploded from $880 billion to $4.5 trillion.

Banks may be better off today than they were leading up to the Great Recession but the government and Fed's balance sheets have become insolvent in the wake of their inane effort to borrow and print the economy back to health. As a result, the federal government's debt has now soared to nearly 600 percent of total revenue. And the Fed has spent the last eight years leveraging up its balance sheet 77-to-1 in its goal to peg short-term interest rates at zero percent.

Therefore, this inevitable, and by all accounts brutal upcoming recession, will coincide with two unprecedented and extremely dangerous conditions that should make the next downturn worse than 2008.

First, the Fed will not be able to lower interest rates and provide any debt-service relief for the economy. In the wake of the Great Recession, former Fed Chair Ben Bernanke took the overnight interbank lending rate down to zero percent from 5.25 percent and printed $3.7 trillion. The Fed bought longer-term debt in order to push mortgages and nearly every other form of debt to record lows.

The best the Fed can do now is to take away its 0.25 percent rate hike made in December.

Second, the federal government increased the amount of publicly-traded debt by $8.5 trillion (an increase of 170 percent), and ran $1.5 trillion deficits to try to boost consumption through transfer payments. Another such ramp up in deficits and debt, which are a normal function of recessions after revenue collapses, would cause an interest-rate spike that would turn this next recession into a devastating depression.

It is my belief that, in order to avoid the surging cost of debt-service payments on both the public and private-sector level, the Fed will feel compelled to launch a massive and unlimited round of bond purchases. However, not only are interest rates already at historic lows, but faith in the ability of central banks to provide sustainable GDP growth will have already been destroyed, given their failed eight-year experiment in QE.

Therefore, the ability of government to save the markets and the economy this time around will be extremely difficult, if not impossible. Look for chaos in currency, bond and equity markets on an international scale throughout 2016. Indeed, it already has begun.

END_OF_DOCUMENT_TOKEN_TO_BE_REPLACED

There are a lot of unknowns in this world, but they shouldn’t frighten us into inaction. As of this writing, we’re still waiting on a potential declaration of whether or not we are in a recession while the Federal Reserve continues to fight high inflation. Back in...