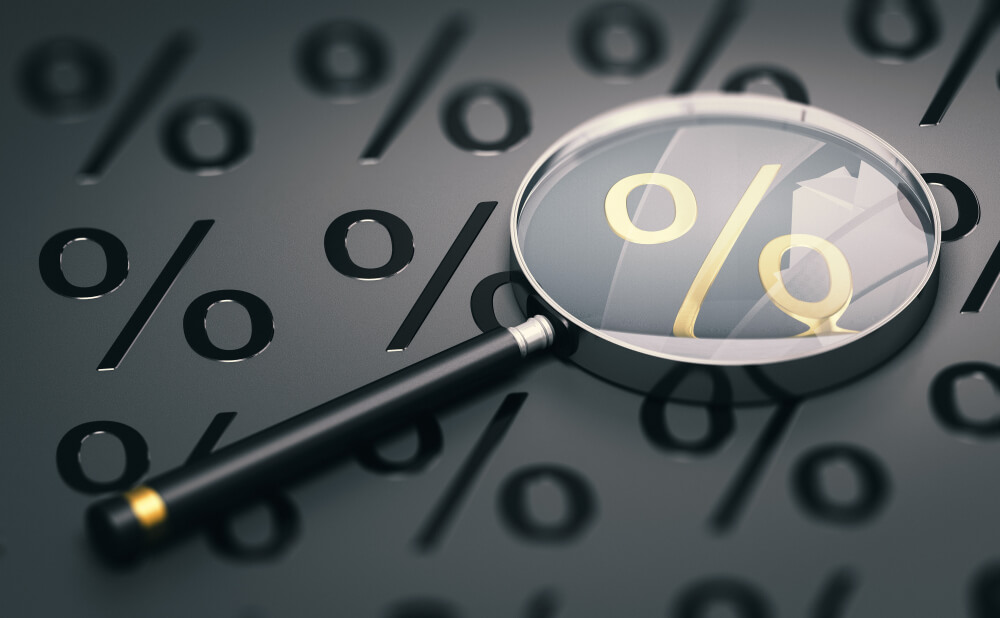 Too Low for Too Long: The Curious Case of the Federal Funds Rate

Low interest rates are a good thing, right? Anyone with a car loan or mortgage payment understands the benefits of living in a low–interest rate environment—particularly if you’re old enough to remember the double-digit days of the 1980s when the Federal Reserve ramped up rates in an effort to stave off inflation.

In October 1981, mortgage rates topped out at more than 18%. This is almost inconceivable to us today because these rates have been less than 10% for almost 30 years—currently sitting just above 4%.

Gold prices rise and Interest rates are a tool of monetary policy, and they have a profound impact on the economy. They influence demand for goods and services, as well as consumer spending, the temperature of the housing market, and the sentiment on Wall Street.

Essentially, the lower the interest rate, the cheaper it is to borrow money—and this impacts not only mortgage payments but also car loans, credit card fees, and most lines of credit. And when consumers have lower monthly payments, they have more money to spend on other things, which is a boon to the economy. Lower rates also allow us to consolidate debt, refinance, set aside money for investing, and buy higher-ticket items on better credit terms.

According to Investopedia, “Lowering interest rates is the Fed’s most powerful tool to increase investment spending in the U.S. and to attempt to steer the country clear of recessions.” The Fed did just that back in 2008 when it reduced rates to near zero percent as the financial crisis deepened and unemployment surged.

Returning rates back to normal, however, is an equally important part of monetary policy. With the country on its way to recovery back in December 2015, the federal funds rate was increased for the first time since 2006, rising by a quarter point, from 0% to 0.25%, 0.25% to 0.5%. It has risen eight additional times as the economy has strengthened over the last few years: once in 2016, three times in 2017, and four times in 2018.

When rates are too low for too long, businesses and consumers tend to take on excessive debt, and governments are more likely to amass colossal deficits. This can also push stocks into the bubble zone and embolden banks in search of yield to make dangerous loans to high-risk borrowers.

But so far this year, rates have not been raised at all. Fed Chairman Jerome Powell has not only expressed “patience” with respect to further hikes, but has also suggested that rates may stay firm for the balance of 2019. There has even been chatter about a rate cut despite solid GDP data, historically low unemployment, and record-setting wage growth.

Back in 2015, Peter Morici, an economist at the University of Maryland, warned that “keeping interest rates low for prolonged periods of time imposes distortions on the economy.” In 2016, Federal Reserve Bank of St. Louis President James Bullard said that “keeping rates too low for too long could feed into future financial instability.” This year Forbes contributor John Mauldin suggested that the Fed is “losing its fear of inflation” and further cautioned that “preventing small crises on a regular basis eventually causes a very large crisis.” And earlier this month the European Central Bank expressed concerns that “over time, the effects of persistently low rates could depress banks’ interest margins and profitability, with negative effects on banks’ intermediation and financial stability in the longer run.”

The effective federal funds rate is currently 2.41%, which is significantly lower than the long-term average rate. In opting to hold rates steady last month, policymakers cited slower U.S. growth and the lack of inflation pressure. The data does support these points, but there’s a far more important reason to raise rates: It gives the Fed the opportunity to reload its crisis ammo.

The fiscal rule of thumb has always been that central banks should lower rates during bad times and raise them during good times so they can be fully equipped to fight off the next financial crisis.

Whether it’s political pressure, market forces, trade tensions, or true concerns about domestic growth that is holding rates “too low for too long,” the Fed is playing a rate game that violates the norms of monetary policy. In the event of a sudden downturn, the Fed will have little time and limited opportunity to stimulate enough economic activity to reverse a sudden financial collapse.