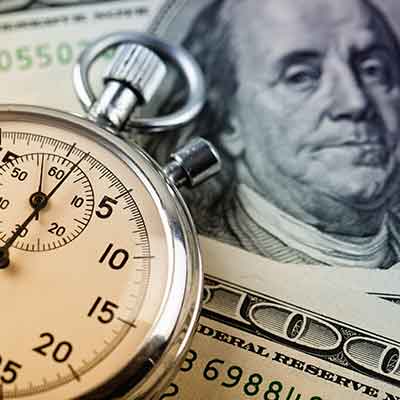 The $20 Trillion Divide: Why This Debt is Different

As of this writing, our National Debt sits just under $19.9 trillion dollars. The ever-ticking Debt Clock is the 800-pound gorilla lurking in the main boardroom of the U.S Department of the Treasury. The $20 trillion mark is the 900-pound grizzly at the end of the hallway.

It is an implausible amount of money that includes both public debt and intragovernmental debt. The former represents monies owed to investors, pension funds, and foreign governments like China and Japan. The latter comprises debt that is accrued when the government borrows from itself as it does when it raids federal trust funds like Social Security.

The majority of U.S. debt is held by the American people. Almost 70% of it is logged in massive pension programs, mutual funds and the balances of the Federal Reserve—and it is very much subject to fiscal policy, politics and unforeseen macro-economic events.

For years we’ve heard that our sovereign debt is too high. Experts have repeatedly railed that it is unsustainable—meaning the cost of maintaining the debt exceeds incoming revenue. In other words, we’re reaching a point where we can no longer afford to pay the interest on the loans we’ve made to ourselves.

While we’ve heard all of this before, this new milestone includes fallout from a host of Great Recession remedies that have pushed our financial encumbrance to dangerous levels. Our current debt to GDP ratio has reached historic highs. This quotient measures the relationship between accumulated debt and economic output and essentially gauges a country’s ability to pay back its financial liabilities. In the fourth quarter of 2007, just prior to the Great Recession, total public debt as a percentage of Gross Domestic Product stood at 62.8. As of December of 2016 the ratio is 105.86.

It’s no secret that we are in a low-growth rut. GDP under President Obama was the worst in decades, averaging just 1.48% and never climbing higher than 2.6%. He is the first president since Herbert Hoover, who served during the Great Depression, to not oversee at least 3% economic growth. Current Treasury Secretary Steve Mnuchin has admitted that the U.S. cannot hope to solve its debt crisis without sustained growth. If we can get back above 3% GDP, we could effectively grow our way out of debt, but Mnuchin conceded that it could take several years to do so.

The Great Recession also brought us three stages of Quantitative Easing as the government purchased long-term securities and markedly increased its balance sheet. The U.S. central bank also dramatically lowered its lending rate in the hope of stimulating borrowing and spending. The Fed is now entering uncharted waters with heavy liabilities and historically low rates as it seeks to normalize monetary policy which could be disruptive to financial markets and the economy. In addition, American consumers have become accustomed to historically low rates on high-tickets items like homes and cars, and much like the Fed, have taken on very high levels of debt.

So while $20 trillion seems to be another unflattering debt milestone, it is quite a bit different from past markers. It comes at a time when we continue to experience stagnant economic growth, the Fed has run the gamut on easy money tools, the equity bubble risks real collapse, and President Trump’s latest spending budgets threaten to plunge us deeper into a cycle of false prosperity and the precarious promises of paper wealth.