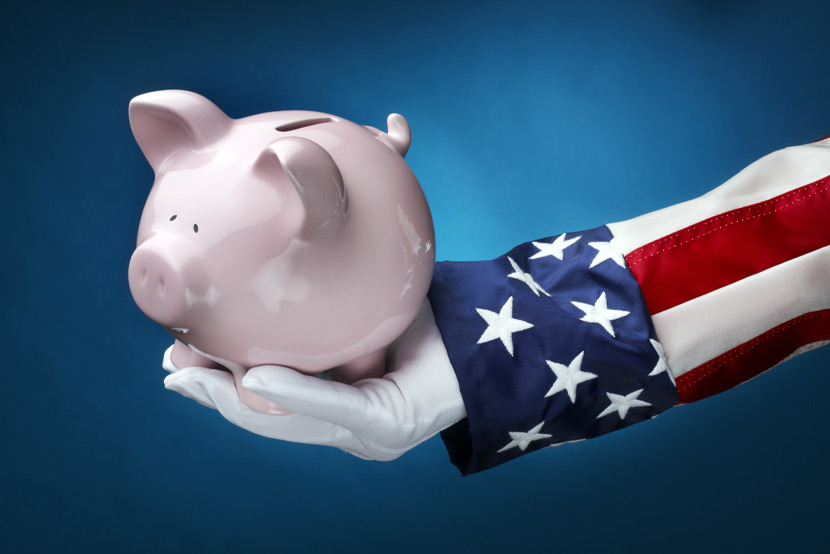 Our National Debt: $28 Trillion and Counting

As I look at financial news this week, two subjects keep popping up: inflation and the national debt. In this edition of Gold News & Views, I’d like to talk a bit about the latter—where the national debt stands today, why it’s been in the news, and what it could mean for your portfolio.

Some worry that America’s debt has gotten out of control.

If you’ve ever seen a news story about the national debt, you’ve likely seen the U.S. Debt Clock—a ticker located in New York City that displays a continually rising estimate of the nation’s debt. As of May 14, 2021, that number sits close to $28.3 trillion—the highest in our nation’s history. That’s about $85,000 per person in the country, or about $224,000 per taxpayer.

Normally, the national debt is measured as a percentage of the United States’ gross domestic product (GDP)—the amount of money we as a nation make in a year. Prior to 2020, the last time the federal debt rose above 100% of our nation’s GDP was during World War II. We’re back above 100% now, and the Congressional Budget Office predicts that we’ll stay there through 2031. On May 3, 2021, Forbes reported that by 2029, the national debt will be approaching $89 trillion. 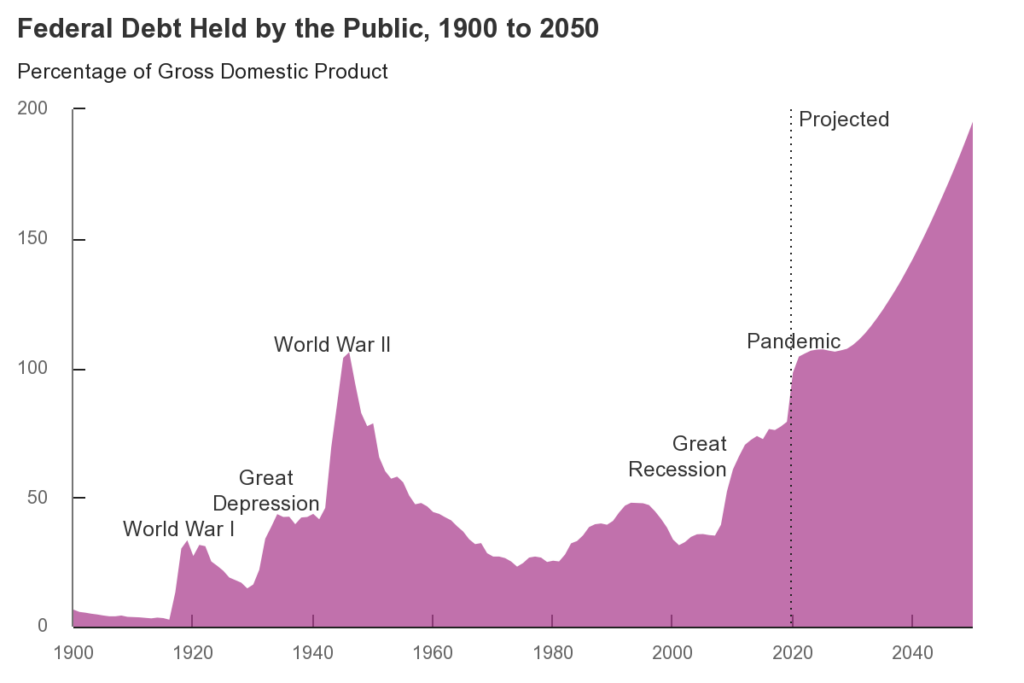 On May 5, the Associated Press reported that “the Treasury Department says it will employ measures to avoid an unprecedented default on the national debt.” But it isn’t really up to the Treasury Department. In truth, Congress controls how much debt our country is allowed to accrue. Right now, the debt ceiling has been suspended—but the current suspension only lasts until July 31, 2021.

A default on our national debt could have far-reaching effects on the financial system.

We’ve seen debt ceiling crises in the past. In 2011, for example, the nation was still recovering from a different sort of economic struggle—in this case, the Great Recession. The government was injecting funds into the economy, and former Treasury Secretary Tim Geithner wrote a letter to Congress outlining what might happen in the event of a default. This includes:

If even one of these consequences happens, it could significantly impact the stock market and consequently, your portfolio.

In an article for Forbes, contributing writer John Navin examined the factors that allowed gold to outperform stocks during the Great Recession. In 2018, he wrote, “If we look at the last time around for a recession—in that 2006 to 2010 period—one of the best-performing assets involved a well-known precious metal.” That precious metal was gold, and its incredible performance didn’t end in 2010.

As mentioned above, Congress was arguing in 2011 over whether to raise the debt ceiling and allow Washington to inject more stimulus into the economy. Fears over the U.S. debt ceiling, as well as the eurozone debt crisis, pushed gold prices to record highs. According to the U.S. Bureau of Labor Statistics, gold prices jumped 50.6% between September 2010 and September 2011, rallying up to $1,923/oz.

In times of economic uncertainty, owning gold can give you peace of mind.

Regarding gold—will our sharply increasing national debt contribute to new all-time high prices? There’s no way to know for sure. We’ve seen record highs for other precious metals in 2021, and gold’s price has been increasing right along with the number of articles warning against the dangers of our national debt and rising inflation.

What’s important is this: If the past is going to repeat itself, you’re now armed with the knowledge of gold’s past performance, which means you can take comfort in being able to make informed decisions regarding your portfolio. I know I do.