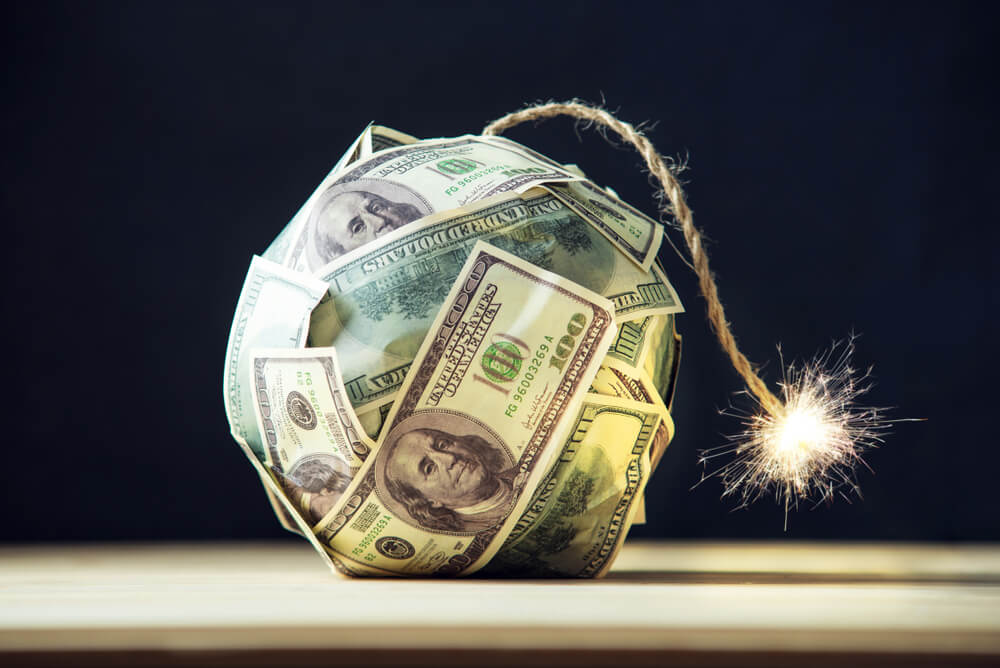 Debt, Deficits, and the Coming Downturn

When one of the world’s largest associations of economists and business strategists issues a warning about the U.S. economy, it’s a good idea to listen. Half of the members of the National Association for Business Economics (NABE) are predicting that the United States will slip into a recession by the end of next year.

While the current economic expansion, which started in June 2009, is on its way to becoming the longest on record, members of the NABE are particularly troubled by the size and scope of recurring U.S. federal deficits.

“A majority of panelists indicate they would be worried about a budget deficit in the U.S. that equaled up to 4% of gross domestic product. This is an outcome which will likely occur in 2019 given the deficit for fiscal year 2018 was 3.85%, and respondents expect spending policies to increase the deficit compared with the Congressional Budget Office’s [CBO’s] current 10-year baseline estimate.”

Indeed, in its most recent budget projections, the CBO is estimating that the deficit will be 4.4% of GDP for fiscal year 2019. And the Treasury is expected to borrow another trillion to fill the funding gap being fueled by an increase in entitlement spending and new revenue shortfalls because of 2017 tax cuts.

Remember, a deficit occurs when spending or expenditures exceeds income or revenue, and the difference must be made up by borrowing—hence DEBT. The Fed and the Department of the Treasury subsequently turn to the public to raise cash, which is primarily done by selling bills, bonds, and notes via auction.

The current U.S. deficit is at a 6-year high and almost 17% higher than it was at this precise point a year ago. And according to the Committee for a Responsible Federal Budget (CRFB), which predicted trillion-dollar deficits and issued warnings last fall, “It’s an unsustainable fiscal course that will lead us to debt overtaking the size of the entire economy in as soon as a decade.”

Despite strong economic growth, historically low unemployment, and soaring stocks, the current administration cut taxes and increased spending. President Trump’s 2017 Tax Cuts and Jobs Act slashed corporate rates and doubled standard exemptions, creating a fiscal imbalance that could catapult the deficit to more than $2 trillion in the next 10 years. And with a recession looming, it increases the potential for recurring, insurmountable budget shortfalls.

Cutting taxes and increasing spending during an economic boom is unfamiliar territory. In fact, according to analysts at Goldman Sachs, it is a stark departure from history: “In the past, as the economy strengthens and the debt burden increases, Congress has responded by raising taxes and cutting spending. This time around, the opposite has occurred.”

Indeed, fiscal prudence would mandate that any tax cuts be offset by corresponding reductions in spending. To do the opposite fuels deficits, which are the driving force of the national debt. And unfortunately, running large deficits during a strong economy sets the stage for even larger deficits during the coming recession—which will greatly exacerbate the existing crisis.

Without dramatic policy changes, our current fiscal path is simply not sustainable. So if you don’t have a personal plan to combat the growing debt and deficit crisis, it’s time to explore your options. There is a known link between federal debt, deficits, and physical gold that you can take advantage of to protect your portfolio from a pending downturn while also profiting from a coming gold boom.