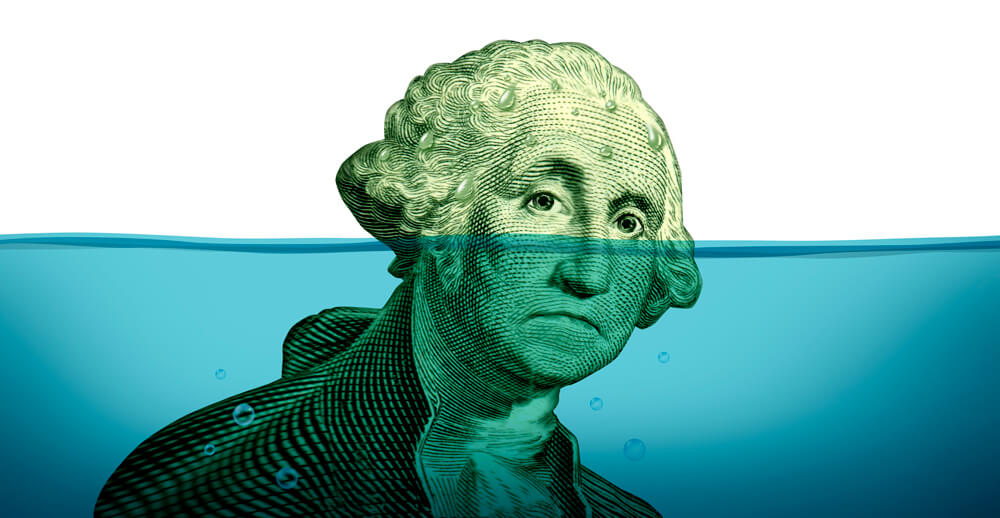 U.S. Debt: Set to Shatter Records and Why It Matters

Remember, a budget deficit happens when the government spends more money than it takes in—and when Uncle Sam borrows to cover the shortfall, it adds to the national debt.

Our record-breaking debt is a rather baffling predicament as we’re sitting in one of the greatest economic booms in history. More people working should mean more people paying taxes, fewer Americans on federal assistance, and more revenue rolling into the coffers of the government. But there have been some extraordinary debt-making events—like dramatic changes to the tax laws, a massive increase in military spending, and skyrocketing entitlement costs, as well as an utter lack of political will.

Unfortunately, America’s debt and deficits are robbing the future—and politicians know it. An April 15, 2019, Congressional Research Service report prepared for members and committees in Congress states:

“Over time, persistent budget deficits can hamper economic growth. Deficits represent an intertemporal transfer from later generations to the current one, as money borrowed now will eventually require repayment with interest.”

None of this paints the likelihood of a positive picture for the safety of your nest egg. A recent article in Fortune entitled “America’s Disastrous New Normal: A Booming Economy and Soaring Deficits” calls the conundrum “a radical departure from the normally healthy, self-correcting interplay between economic growth and budget shortfalls—and its likely long-term consequences are worth losing sleep over.”

How much sleep? In a Bloomberg interview earlier this year, Greenspan suggested that “politically, budget deficits really don’t matter. What matters is the consequences.” And those consequences include rising inflation, imminent boom-bust cycles, a growing recession risk, and a weakened federal response to the next financial crisis.

Rising federal debt undermines the purchasing power of the dollar, threatens public safety nets, impedes private capital, shakes consumer confidence, and dents economic growth. It could prove to be a silent portfolio killer that could force interest rates to go up, the stock market to move down, borrowing costs to surge, and home prices to tumble.

With the current economic boom now “long in the tooth” and the happy bounce provided by the 2018 tax cuts fading, it’s time to think about diversifying your financial portfolio.

Recent job misses, yield curve noise, layoff announcements, revenue shortfalls, and waning business sentiment suggest that we may be in the final innings of the storied economic comeback that started back in June 2009—and is now on track to become the longest in U.S. history.

But that’s just the thing about comebacks—they tend to occur on borrowed time and typically come to an abrupt end. As a result, we’re rarely prepared when they do. So as federal debt continues to squeeze the economy and jeopardize our retirement, may the best hedge win.