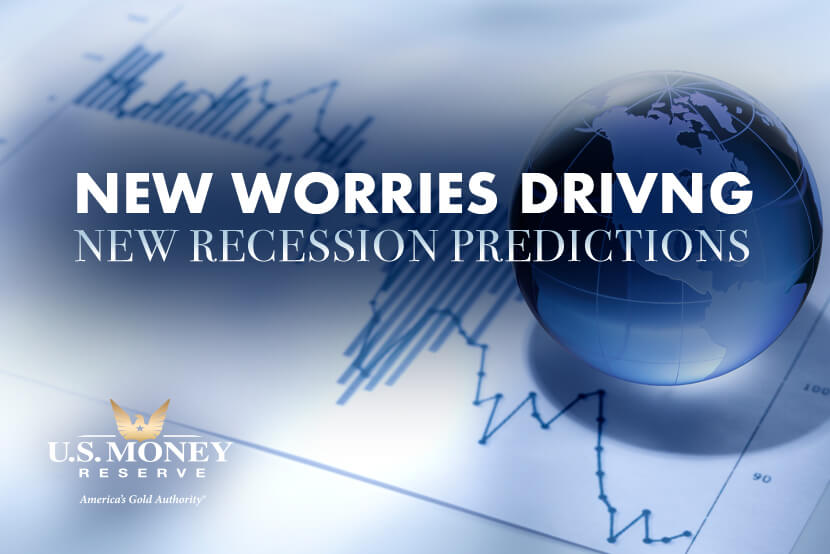 Global economic growth is likely to be the worst this year since the Great Recession of 2008–2009, according to Bank of America Global Research, and that’s based on headwinds of all kinds. Learn about the new fears that are drawing new recession predictions from analysts across the country.

In a research note issued in late February, Bank of America predicted global GDP growth would drop to 2.8% in 2020. That would be the first below-3% mark since the Great Recession ended in 2009, according to CNBC.

The Organization for Economic Cooperation and Development offers an even bleaker economic outlook for 2020—the possibility of 1.5% global GDP growth, The New York Times reports.

Bank of America bases its forecast on:

Also dragging down growth prospects in 2020 are tepid business investment, tighter monetary policies from central banks, and the hangover from sluggish growth in 2019, Bank of America notes.

In early March 2019, Goldman Sachs issued an especially dire economic forecast for the U.S. It predicted the U.S. would see GDP growth of only 0.9% in the first quarter of 2020 and would not notch any GDP growth in the second quarter. According to U.S. News & World Report, that would be the worst six-month span for the U.S. economy since the Great Recession.

Two recent developments are stirring fears of a recession: the Federal Reserve’s surprise interest rate cut of 0.50% in early March 2019 and the related fall of the 10-year Treasury yield to a record low. Further fanning the recession flames is weakness in the manufacturing sector.

Komal Sri-Kumar, president and founder of Sri-Kumar Global Strategies, believes the bull market has come to a halt, and he’s forecasting a U.S. recession in mid-2020, according to the Bloomberg news outlet.

Meanwhile, Nouriel Roubini, professor of economics at New York University, says a global recession “doesn’t look too far-fetched.” And Mark Zandi, an economist at Moody’s Analytics, says he thinks the likelihood of a recession is on the rise, according to CNBC.

“We could really have a short, quick recession,” Jeremy Siegel, a professor of finance at the University of Pennsylvania’s Wharton School of Business, told CNBC. “There’s a lot of uncertainties.”

If a recession does hit, former White House economist Kevin Hassett believes it’ll start in the second quarter of 2020, he told CNN.

Many Americans share the recessionary concerns of economic experts. In December 2019, 52% of Americans questioned for a survey by personal finance website FinanceBuzz said they thought a recession was on the horizon within the next year.

The U.S. and China are, of course, two of the countries facing the greatest risk of a recession. Others include Japan, Germany, India, Hong Kong, and Singapore. Given the global nature of the economy, a downturn in one of these countries could have ripple effects across the world.

What Can You Do?

As various countries deal with the prospect of a recession, what can you do to protect yourself financially? Experts suggest looking at gold as a safe haven before and during turbulent times.

Many people are “drawn to gold’s role as a diversifier—due to its low correlation to most mainstream assets—and as a hedge against systematic risk and strong stock market pullbacks. Some [people] use it as a store of wealth and as an inflation and currency hedge,” the World Gold Council explains.

The World Gold Council’s research confirms that gold can be beneficial beyond turbulent times: “Its price has increased by an average of 10% per year since 1971 when gold began to be freely traded following the collapse of Bretton Woods.”

One vehicle for putting gold into your portfolio is gold coins—both bullion and certified—which are priced to offer short-term and long-term profit potential. Among the most desirable aspects of gold coins: They’re tangible assets that you can hold on to during a financial downturn.

There seems to be one “uncertainty shock” after another, in the words of Bank of America. When might the next one zap you? Stay ahead with the right resources at the right time. Download free comprehensive guides to learn more about everything from the national debt to past stock market corrections.