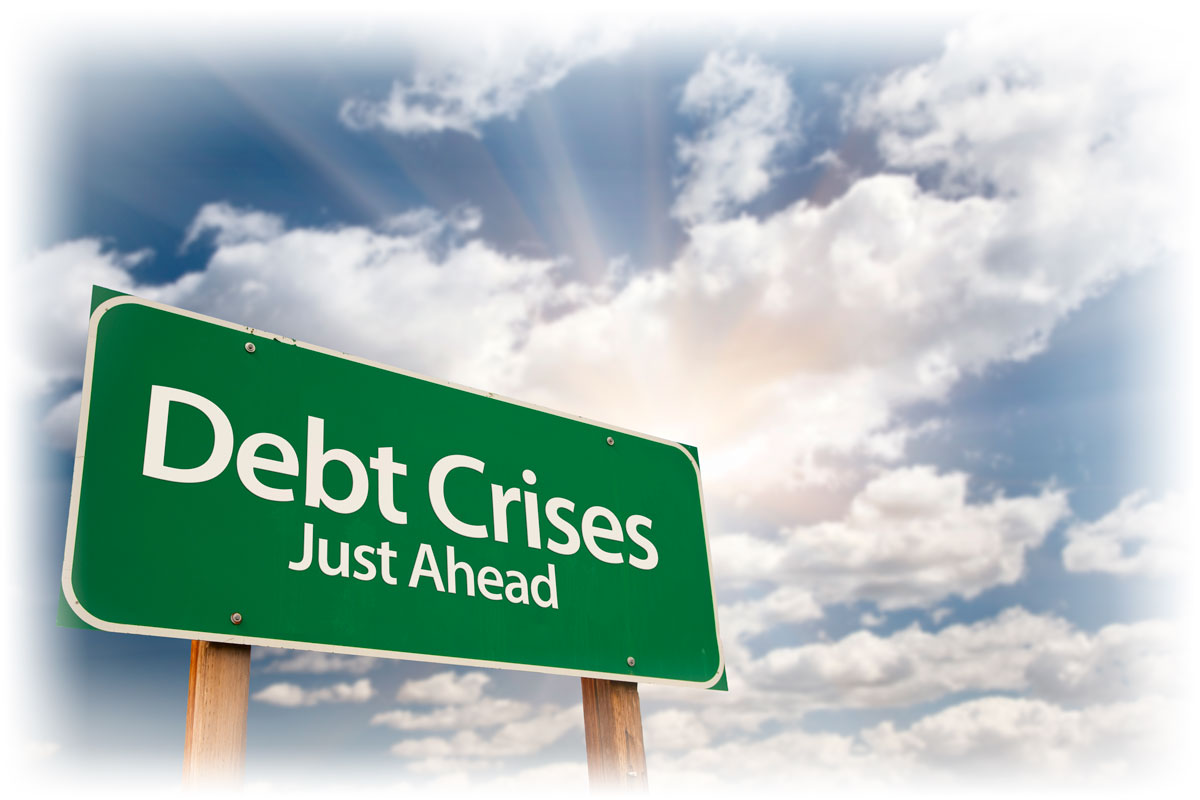 As a New Fiscal Year Starts, the Debt Crisis Continues

For those in leadership positions within their companies, the start of a new fiscal year is of incredible importance and irreplaceable value. We get the clearest picture of how we did the previous year, showing where we did well and where we might still improve. For the federal government, as well as the U.S. economy, the start of a new fiscal year, which happens at the start of October, can often be a turbulent time—so much so that this phenomenon has its own name: the “October Effect.”

But why October, and what does this deadline mean for the ongoing national debt crisis? That’s what we’ll be exploring in this week’s Gold News & Views.

As the new fiscal year arrived, Congress was once again risking a government shutdown.

And yet, this year we once again faced the possibility of a government shutdown—and though it was avoided (on the last possible day), another showdown over federal funding is likely coming in December. We’re also still facing a debt ceiling crisis, with Treasury Secretary Janet Yellen saying that America will default on its debt on October 18 if the debt ceiling is not increased. How to spend the nation’s money and how much money we can borrow are debates that we’ve seen take place again and again as Congress attempts to hammer out the new fiscal year’s budget and decide whether to increase the debt ceiling. In fact, we’ve seen temporary government shutdowns in three of the last 10 years (2013, 2018, and 2019) because of budgetary debates in Congress.

As a CEO, I understand the desire for more time to work on a project—but some deadlines can’t be moved. That can make these types of debates particularly frustrating for the American people, as well as the stock market. On September 28, 2021, the Nasdaq fell 2.8%—its worst day since March. The Dow dropped 570 points, and The Wall Street Journal reports that consumer confidence continues to slide.

But if you know your financial history…you may have seen this coming.

Debt crises are just one part of the greater “October Effect.” 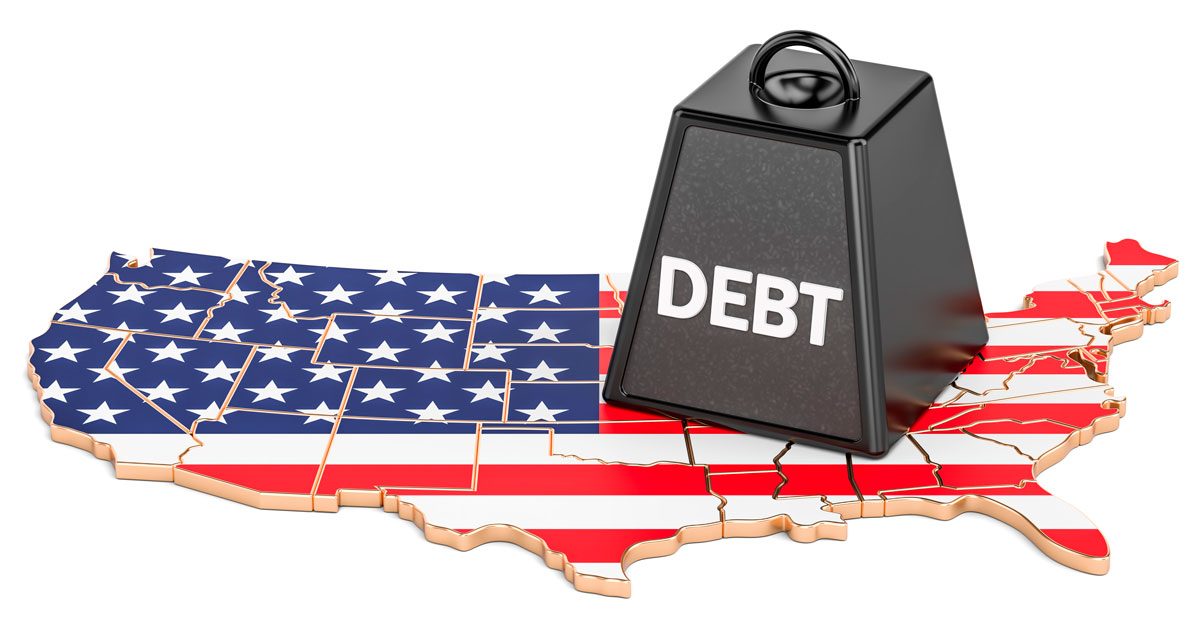 Historically, both September and October are rough months for the stock market, but Investopedia calls October “one of the most feared months in the financial calendar.” And in 2019, The Wall Street Journal wrote, “On average, the standard deviation of October’s daily gyrations has been 38% higher than it is for the other 11 months. No other month comes close.” Those “daily gyrations” of stocks going up and down are the very definition of market volatility. And sometimes, the “downs” don’t bounce back the same day. Sometimes, they take years to recover. The Panic of 1907, Black Tuesday in 1929, and Black Monday in 1987 all took place in October. So what is it that makes this such a feared month for those in the financial world?

Part of it comes from what we’ve already discussed—the end of the fiscal year brings with it a more solid picture of how the nation did in the preceding 12 months, providing data concerning the country’s financial health and impacting projections for the following year. This data, or even the fear of what this data may show, can cause volatility in the markets. Another possible contributor to October’s volatility is the selling of stocks in the fall as individuals adjust their portfolios in preparation for the new year (and the new tax season that comes with it).

Combine these factors with a fear of government shutdowns, which may halt pay and benefits for millions of Americans, and it’s clear to see why so many in the financial world get nervous this time of year.

The October Effect isn’t the only recurring factor that may concern your portfolio.

The October Effect may be real, but a historical downturn in the markets during this month is just one of the many issues that seem to face the markets again and again.

As a new fiscal year begins and Congress continues to argue over where our taxes should be spent and how much we should borrow, fears of increased inflation and another recession continue to persist.

In a September 28, 2021, article by MarketWatch, columnist Mark Hulbert said he sees possible signs of a coming recession after comparing two consumer indexes: the University of Michigan’s Consumer Sentiment Survey, which gauges consumers’ confidence in their own finances—and the Conference Board’s Consumer Confidence Index, which gauges confidence in the economy as a whole. The former is 43.5 percentage points lower than the latter.

“It’s a bad sign that U.S. consumers are more optimistic about the overall economy than they are about their own finances,” Hulbert explains. “That’s because similar discrepancies in the past often presaged a recession.”

That’s a worrying statement, but it’s important to note that even with the October Effect in full swing and similar market factors, we aren’t necessarily headed for another Great Recession. What we are headed for—at all times, regardless of market factors—is an uncertain future. It’s something I always try to keep in mind as a CEO: I can do my best to make predictions based on past performance, but I’ll never truly know what the next year, quarter, or even week will bring. So what do we do in the face of an uncertain future? We look for signs of what may happen and then do our best to prepare for whatever comes our way.

There are steps you can take to help protect your portfolio.

As a CEO, I’m aware of important deadlines for the company. And if those deadlines are ever missed, you can bet that I would do everything possible to make sure it never happens again. When it comes to our federal government, it seems as though debates over the debt ceiling—and the temporary shutdowns that follow—may become the new normal. So what can we do?

We can help protect ourselves and our portfolios from the October Effect and the economic volatility that can come with future budget face-offs by diversifying our assets. While stocks may be heavily impacted by consumer attitudes surrounding government shutdowns or defaulting on our national debt, other assets may not—and certain safe-haven assets may even thrive as Americans look to pull money out of a volatile market and instead place it in a time-tested store of wealth. Gold, for example, hit an all-time high of more than $1,920/oz. during the U.S. debt ceiling crisis of 2011.

As of this writing, we still don’t know whether America will default on its debt before the end of October, or if we’ll be facing yet another government shutdown in December. But judging by the evidence, it seems these crises are likely to repeat in future years. Knowing this, it’s our responsibility to prepare our portfolios before these types of events happen again.