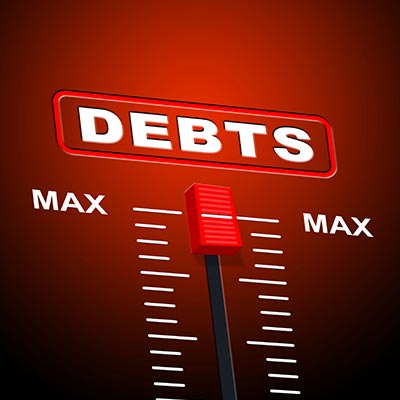 The August Recess and the September Reckoning

Have you ever left for vacation with a stack of bills on your kitchen table? It’s clearly not a good practice for keeping your credit scores in check and your finances in order. But that’s exactly what members of the House of Representatives did as they set off for their August recess on Friday after failing to address the nation’s borrowing limit.

For months, Treasury Secretary Steve Mnuchin has urged lawmakers to strike a deal on raising America’s debt limit to keep the federal government running. Alas, the measure wasn’t even taken up.

The debt ceiling is essentially a legislative limit on how much money the government can borrow to finance existing obligations or to pay for those bills that are already on the nation’s table. These include critical expenditures like Social Security and Medicare payments, military salaries, tax refunds, and interest on debt and bonds.

If the United States fails to meet its basic financial obligations, it risks economic default, which would be a watershed for this country. There would be fiscal chaos: soaring interest rates, a plummeting dollar, rising unemployment, and an economy literally under siege.

Even the threat of default can send jitters throughout the financial community. In mid April of 2011 in the midst of a bitter budgetary and debt ceiling dispute, Standard & Poor’s lowered the outlook on U.S. debt from “stable” to “negative.” The Dow plummeted 200 points, and by the end of the month, gold prices were up by more than $40/oz.

The S&P went a bit further in August of that year and downgraded its rating of America’s long-term federal debt, stating: “The downgrade reflects our view that the effectiveness, stability, and predictability of American policymaking and political institutions have weakened at a time of ongoing fiscal and economic challenge.” The price of gold jumped by $16/oz. overnight and by the end of the month was up almost 11%.

So America doesn’t have to undergo a full federal shutdown to take an economic hit. This is perhaps why Secretary Mnuchin has been so eager to get a debt limit deal in place sooner rather than later. In a letter to Congressional leaders, he stated that it is “critical that Congress act to increase the nation’s borrowing authority by September 29, 2017.”

Without doing so, the U.S. could run out of money to fund some of the basic functions and services of government.

The United States actually flirted with economic default several times during the Obama presidency as Republicans used the debt deadline to try to force restrictions on federal spending. President Obama ultimately suspended the debt ceiling until March of 2017. Since that time, we have been using “extraordinary measures,” or a variety of financial and investment tools, to pay our bills. These measures, which include suspending the sale of securities and various reinvestment schedules, simply postpone other financial obligations to make room for more debt. Such measures are limited in both scope and time. If we exhaust them, we’ll likely see a credit downgrade.

With the Senate still in session and, until recently, preoccupied with repealing Obamacare and the House on summer hiatus until September 5, there will only be a few weeks to strike a deal before “default doomsday.” Let’s not forget that the Republican majority remains hotly divided on just about everything. Consensus will not come easily, and with no specific plans to thwart a government shutdown, September is shaping up to be a tough month.

Even flirting with the debt ceiling could send global and domestic markets into a tailspin. Perhaps the only upside is that debt and deficits are bullish for gold, and a government shutdown could be a downright bonanza for those holding gold bullion.