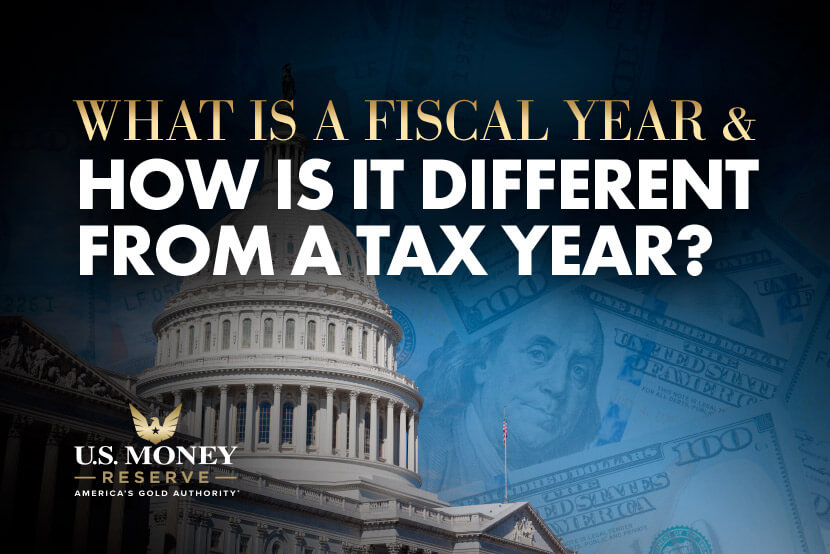 What Is a Fiscal Year, and How Is it Different From a Tax Year?

The U.S. government runs on a different financial schedule than the rest of us. For the federal government, the fiscal year begins October 1 and ends September 30. We discuss why that’s the case and what significant issues are looming for the 2022 fiscal year.

What Is a Fiscal Year?

Why Is the Federal Fiscal Year Different?

According to The Balance website, the federal fiscal year starts October 1 to enable newly elected officials to participate in the budget process for their first year in office.

What Is the Fiscal Year for Taxes?

The fiscal year for federal taxes paid by individuals and couples runs from January 1 through December 31. But as you’re undoubtedly aware, the annual deadline for filing tax returns is typically April 15. (The tax filing deadline was extended last year and the year prior because of the coronavirus pandemic.)

Your federal tax return for the 2021 tax year likely won’t be due until April 15, 2022. (Businesses may operate on a different tax schedule, however.)

As of early October 2021, federal lawmakers had not yet hammered out a budget for fiscal 2022, although they have approved a stopgap measure that extends funding for the federal government until December 2021. For the time being, this avoids a shutdown of federal agencies.

The stopgap measure does not, however, resolve several major questions, such as:

Why Pay Attention to the Federal Fiscal Year?

While you might not need to pay attention to the federal fiscal year on a day-to-day basis, you should closely follow the federal budget crafted for each fiscal year. Why? It could affect your retirement portfolio by:

When’s the last time you looked back on your fiscal year? It might be time for a reevaluation and rebalancing of your portfolio. Review your financial situation and call U.S. Money Reserve to learn more about diversifying with precious metals.