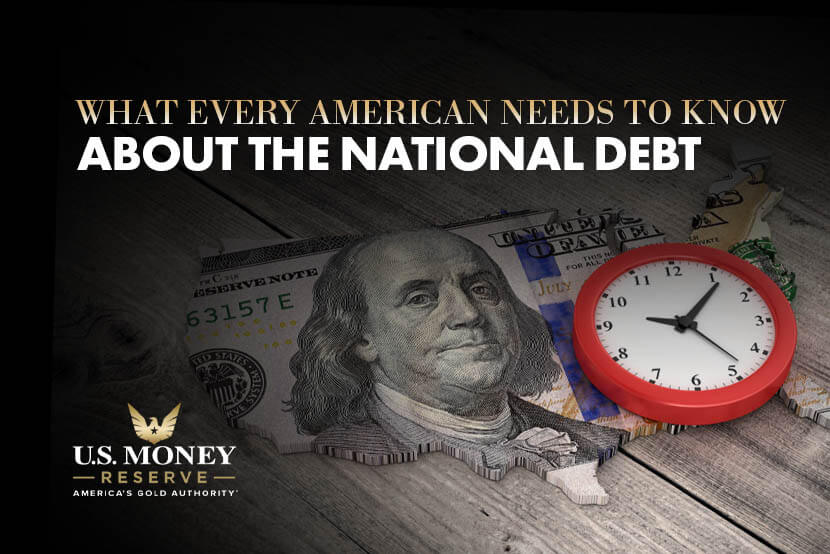 The U.S. national debt recently surpassed $28 trillion. Some analysts, like those at the Foundation for Economic Education, report that the nation is in “uncharted debt territory”—and “that should worry us.” Others argue that no one really knows “how much debt is too much” and that “going into debt can actually be a good investment for the country,” depending on how the money is spent.

What is the national debt?

As the Balance notes, the debt clock is a physical representation of the debt that “shows how much the U.S. government owes its citizens, other countries, and itself.” It’s located in New York city but you can also access it online at USDebtClock.org.

The national debt recently topped $28 trillion and continues to grow. The Peter G. Peterson Foundation attributes this growth to factors such as the four coronavirus stimulus packages, the aging of baby boomers, the rise of healthcare costs, and an out-of-balance tax code.

Citing Brandon Bolen, an assistant professor of economics at Mississippi College, TV station WLBT in Jackson, Mississippi, reported that the national debt “is a serious problem that the coronavirus has only inflamed due to the trillions of dollars the country has spent in relief packages.”

The fastest-growing portion of the national debt isn’t actually the debt itself but the debt’s interest. Every day, the federal government pays $1 billion in interest toward the national debt, the Peterson Foundation notes.

What was the national debt previously?

Where is the national debt going?

Unfortunately, the national debt is projected to keep rising. The debt is expected to cross the $30 trillion mark in 2023. And by 2031, it’s forecast to close in on $40 trillion.

Looking at it another way, the federal debt is projected to equal 102% of the U.S. gross domestic product (GDP) by the end of 2021. The GDP is a crucial barometer of the country’s economic fortitude. In a closely watched report released in March, the Congressional Budget Office (CBO) predicted that the national debt could soar to 202% of GDP by 2051—nearly double the current level.

“Even if economic conditions were more favorable than [the] CBO currently projects, debt in 2051 would probably be much higher than it is today,” the CBO cautions.

Why pay attention to the national debt?

One aspect of the national debt that catches people’s attention is that middle-aged and older adults pass along current-day debt to their children and grandchildren. Every dollar that goes toward the national debt today may subtract resources for future generations to build a better nation—and better lives for themselves.

“A child born in the United States today will immediately inherit almost $50,000 of national debt. While that debt will never need to literally be paid back, it nonetheless has costs,” the Committee for a Responsible Federal Budget notes.

Furthermore, a rising national debt may contribute to slower income growth and may push up interest rates, among other effects it may have, the Committee adds.

The national debt also relates to the price of gold. Last year, Tom Winmill, portfolio manager at Midas Fund, told Kitco News that inflation is the easiest way to deal with the national debt. Outside of inflation, the only other options a government has for dealing with massive debt burdens are taxation, growth, or default.

If inflation does go up, then gold “will continue to shine as an alternative asset for wealth preservation,” Kitco noted.

As the national debt continues to balloon, gold may be seen as a hedge against economic instability and a vital tool for portfolio diversification.

Financial literacy and financial strength go hand in hand. Head to the Resource Library and download free special reports about the national debt and other pressing issues.