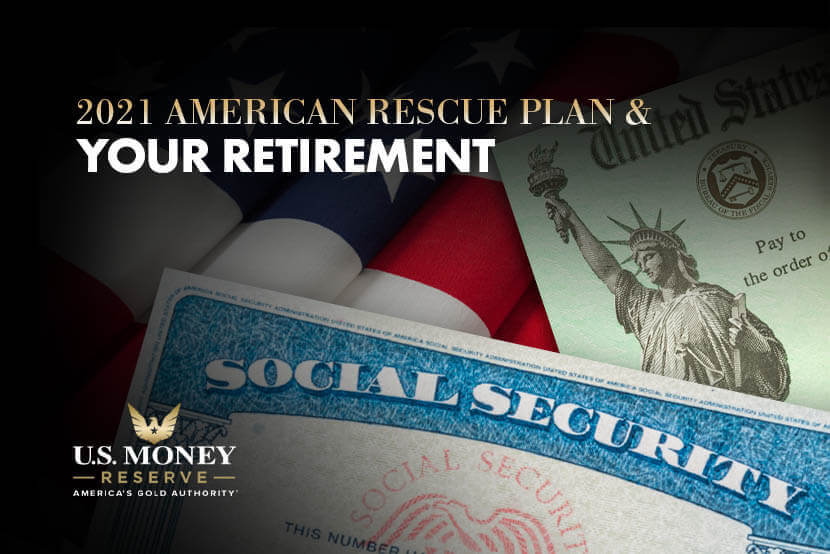 How the Latest Stimulus Plan Could Impact Your Retirement

The world is changing in unprecedented ways. As you near or are already enjoying your retirement, you know that firsthand. You’re watching the news, the legislation, and the markets to see how all three could affect your retirement portfolio. Here, we break down the most recent information regarding the stimulus plan and retirement contributions and withdrawals.

The package includes an $86 billion fix for failing pensions, according to The Washington Post. The money enables struggling multi-employer pension plans to pay full pensions to hundreds of thousands of retirees for the next few decades.

The New York Times reports that the bailout will rescue about 185 union-sponsored pension plans that were close to collapsing. While Democrats applauded the $86 billion fix, Republicans assailed it as a taxpayer-funded handout.

Some Americans have received stimulus checks totaling $410 billion. A family of four could have qualified for as much as $5,600 in stimulus payments. Some people have put this money toward shoring up their retirement savings.

“In the short term, stimulus money put in savings or used to pay down debt may not give an immediate boost to the economy, but households that have more savings and less debt are in a better position to spend on a consistent basis going forward,” Greg McBride, chief financial analyst at Bankrate, told NBC News.

The plan initially froze contribution limits for retirement plans beginning in 2031, according to ThinkAdvisor. As originally proposed, the American Rescue Plan Act would have “frozen the annual cost-of-living adjustments for overall contributions to defined contribution plans and for the maximum annual benefit under a defined benefit plan,” explains ThinkAdvisor.

Freezing the limits would have been a “bad policy” according to Brad Campbell, partner at Faegre Drinker in Washington, and prevented “many Americans, including many small business owners, from being able to save enough for retirement as inflation erodes the value of savings.”

But the American Retirement Association successfully lobbied to get the contribution cap removed.

Brian Graff, president and CEO of the American Retirement Association, a lobbying group, criticized the proposed freeze as a “budget gimmick.”

The stimulus package also increases the child tax credit to $3,600 per child under age 6 and $3,000 per child for children ages 6 to 17. That’s up from the current $2,000 per child. The one-year change in the tax credit could make more room in your budget for retirement savings.

Expansion of the child tax credit will require about $100 billion in additional federal spending, CBS News notes. However, Columbia University researchers estimate it will generate more than $800 billion in benefits to society.

The plan does not forgive student loans. However, it does include a provision that any student loan forgiveness passed between December 30, 2020, and January 1, 2026, will be tax-free, according to Investopedia. Usually, loan forgiveness counts as taxable income. This tax relief could free up money to put toward a major life event, like buying a home, or funding your retirement savings and putting money into a gold IRA.

According to the Experian credit bureau, student loan debt in the U.S. reached a record-high $1.57 trillion in 2021.

Learn how precious metals could factor into your retirement plans, wherever you are on your journey. Request your free Precious Metals IRA Information Kit today!