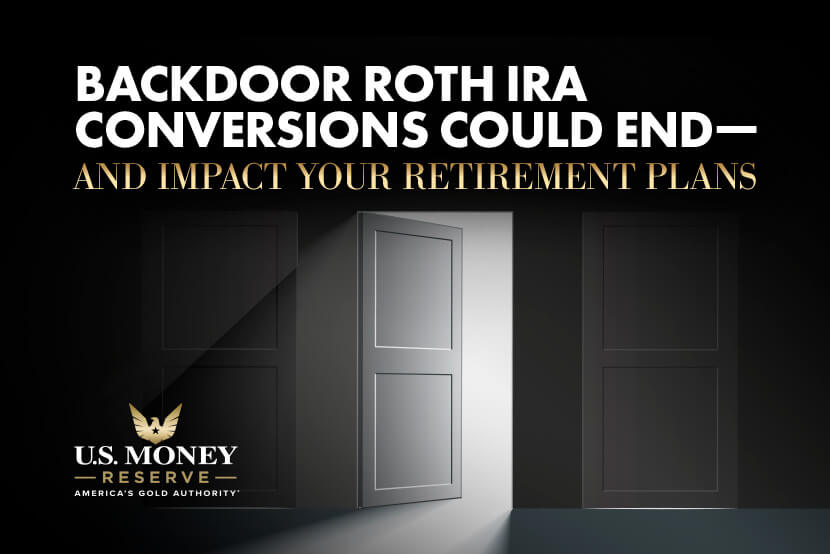 Democrats in the U.S. House have proposed closing the “backdoor” Roth IRA strategy as part of an effort to pay for a multi-trillion-dollar budget package. Learn what it could mean for your retirement if the legislation passes, along with some potential moves you might make to help protect your money.

What Is the Backdoor Roth IRA Strategy?

As CNBC explains, people with a modified adjusted gross income for 2021 above $140,000, or $208,000 for couples filing jointly, cannot contribute to a Roth individual retirement account. But wealthier Americans can sidestep the limits with a so-called “backdoor” maneuver by making what are known as nondeductible contributions to a traditional IRA and then quickly converting the money to a Roth IRA, according to CNBC.

In short, the method is “a legal way to get around the income limits that normally restrict high earners from contributing to Roths,” says Investopedia.

What Might Happen to the Backdoor Roth IRA Strategy?

If House Democrats succeed in advancing their proposal, the backdoor Roth IRA strategy might be shut down.

According to Forbes, the proposal would end the backdoor Roth IRA strategy by disallowing after-tax contributions to be rolled into Roth IRAs. This provision would kick in for the 2022 tax year.

“It is important to recognize that it would not end all conversions, as tax-deferred dollars could still be converted to a Roth IRA,” notes Forbes.

Stay tuned, though. Negotiations on Capitol Hill regarding the spending package remain in a state of flux. In early November, CNBC reported that the White House’s latest version of the spending legislation would preserve the backdoor IRA strategy, not eliminate it.

“We’ve seen legislation delayed before and certainly wouldn’t be surprised to see it delayed again. But all you can do from a financial planning perspective is to follow the rules as they stand today and hope the door stays open a while longer,” according to Sam Swenson, CFA, CPA.

How Can You Get Ready for the Change in Backdoor IRA Transfers?

One way to prepare for the possibility of the backdoor IRA strategy vanishing is to carry out a traditional IRA-to-Roth IRA conversion while it’s still an option.

“Should you rush and do that conversion while you still can? Maybe,” MarketWatch says. “Everyone’s tax situation is different, and many may find it’s worth it.”

Additionally, some retirement account holders might want to consider focusing more on health savings accounts (HSAs). These accounts can help you accumulate money on a tax-free basis. And there are practically no limitations on how you can use HSA money once you turn 65 years old, according to CNBC.

As you likely know, Roth IRAs aren’t the only way to save for retirement. Self-directed IRAs are an option, too, and they can hold powerful assets like physical precious metals. Call U.S. Money Reserve today to learn more about a Roth IRA alternative that incorporates precious metals.