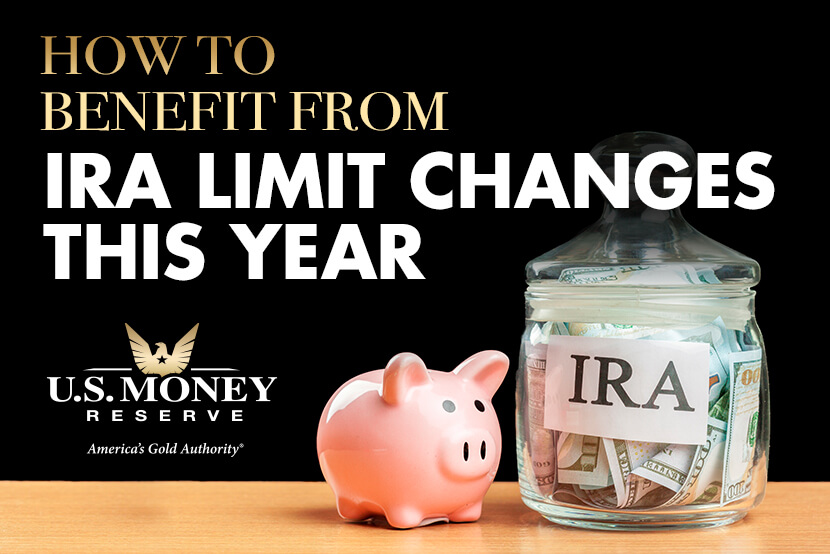 IRA Limits for 2019 Have Changed: Here’s How You Can Benefit

The most significant change for 2019 involves a $500 rise in the IRA and 401(k) contribution limits.

Keep in mind that the rules about tax deductions for contributions to a traditional IRA are complicated. To learn more, visit the IRS website. Contributions to a Roth IRA or 401(k) are not tax-deductible.

In a given year, contributions to traditional and Roth IRAs must be made by that year’s April tax deadline. For 2019, the cutoff date is April 15 if you want an IRA contribution to be applied to the 2018 tax year.

Leverage the Increase with a Self-Directed IRA

To take advantage of the 2019 adjustments for traditional and Roth IRAs, you might consider a Self-Directed IRA. This breed of IRA enables you to pick asset alternatives, such as precious metals, and thereby diversify your portfolio. It can be set up as either a Roth IRA or a Traditional IRA.

Portfolio diversification is critical for people saving for retirement.

In 2016, the average individual IRA balance (combining all accounts owned by a person) was only $123,973, according to the Employee Benefit Research Institute. Many of those IRAs were out of balance, though.

As such, many IRA contributors are failing to heed one of the mantras about retirement portfolios: a portfolio must be diversified to smooth out the inevitable ups and downs of the financial markets. Adding precious metals, including physical gold, to a portfolio could help to minimize the fluctuations in a portfolio and maximize the gains.

Enhance Your IRA with Physical Gold

Indeed, the numbers show gold can enhance risk-adjusted returns, according to the World Gold Council. Over the past decade, asset holders with allocations equivalent to the average U.S. pension fund would have benefited from putting gold in their portfolios, the council says. Adding even 2 percent, 5 percent, or 10 percent in gold would have led to higher risk-adjusted returns, according to the council.

“While gold has traditionally been seen as a tactical way to help preserve wealth during market corrections, times of geopolitical stress or persistent dollar weakness, we think there is a case to be made for gold as a core diversifying asset with a long-term strategic role in multi-asset portfolios,” according to research published by State Street Global Advisors.

With gold on your side, you can build a retirement that’s stronger and safer. Call U.S. Money Reserve at 1-844-307-1589 with questions about IRA contributions. We’ll provide you with a free one-on-one retirement consultation.