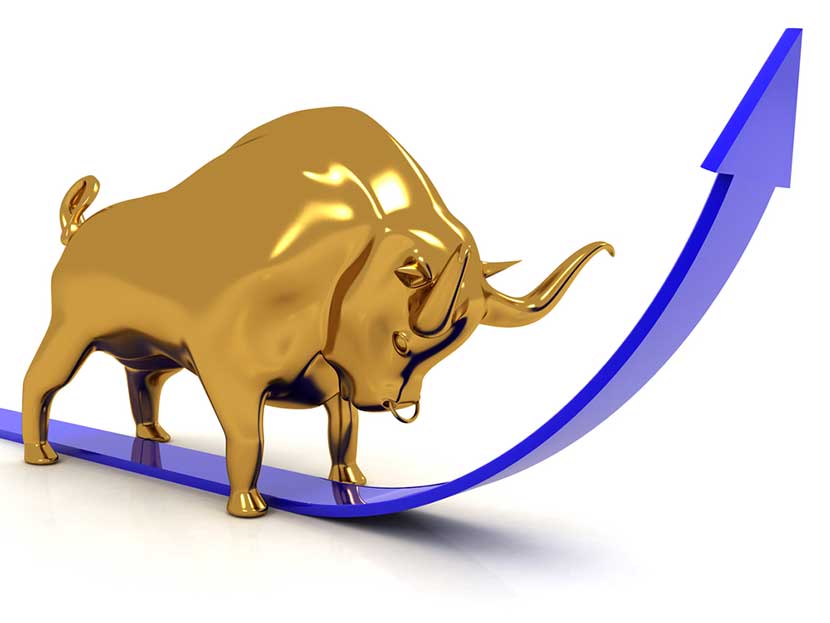 Gold edged up to near its highest since June on Tuesday, as uncertainty over global growth that has hammered stocks puts the precious metal on course for its longest rally since 2011.
Tuesday would mark gold's eighth straight day of gains as investors sought safe havens in the face of instability in other financial markets, although liquidity was slow in Asia with China shut for a week-long Lunar New Year holiday.
Spot gold was up 0.2 percent at $1,192.57 an ounce by 0655 GMT. The precious metal rose as high as $1,200.60 on Monday, its strongest since June 22 last year.
If gold sustains its gains later on Tuesday, it would be its longest rally since an 11-day run in July 2011.
“While it's quite clear that one of the drivers here is a weaker U.S. dollar, it does appear that risk appetites are diminishing and that of course means more demand for gold,” said Michael McCarthy, chief market strategist at CMC Markets in Sydney.
“It's not impossible we could see another touch of $1,200, some consolidation and then potentially a move higher if current conditions prevail.”
The dollar tumbled to its lowest against the yen since November 2014 as a selloff in European and U.S. stocks continued into the Asian session, spurring demand for the Japanese currency, another safe haven. Tokyo stocks plunged more than 5 percent.
Bullion gained 5 percent last week, its biggest such increase since July 2013, boosting gold bulls' expectations that the price can go higher as global headwinds could make it tough for the U.S. Federal Reserve to raise interest rates this year.
U.S. gold for April delivery was off 0.4 percent at $1,193.30 an ounce.
Underlining gold's rising draw, holdings in eight major gold exchange-traded funds (ETFs) rose to 43.3 million ounces on Friday, the highest since July 2015.
More significant was the rapid pace of inflows since the start of the year, having risen more than 8 percent and the biggest five-week surge since March 2011.
“We remain quite upbeat on gold's prospects over the short-term given the continued unease surrounding the global equity markets, the weaker dollar and gold's much stronger technical profile,” INTL FCStone analyst Edward Meir said in a note.
The next stop for gold could be $1,205/$1,215 and further to $1,235, said Meir.
Spot silver rose 0.3 percent to $15.35 an ounce, near Monday's three-month high of $15.46. Platinum gained 0.2 percent to $922.50 an ounce, also near a three-month peak of $931.76 reached overnight. Palladium slipped 1 percent to $507.72 an ounce.
This story originally appeared in Reuters by Manolo Serapio, Jr. on February 9, 2016. View article here.