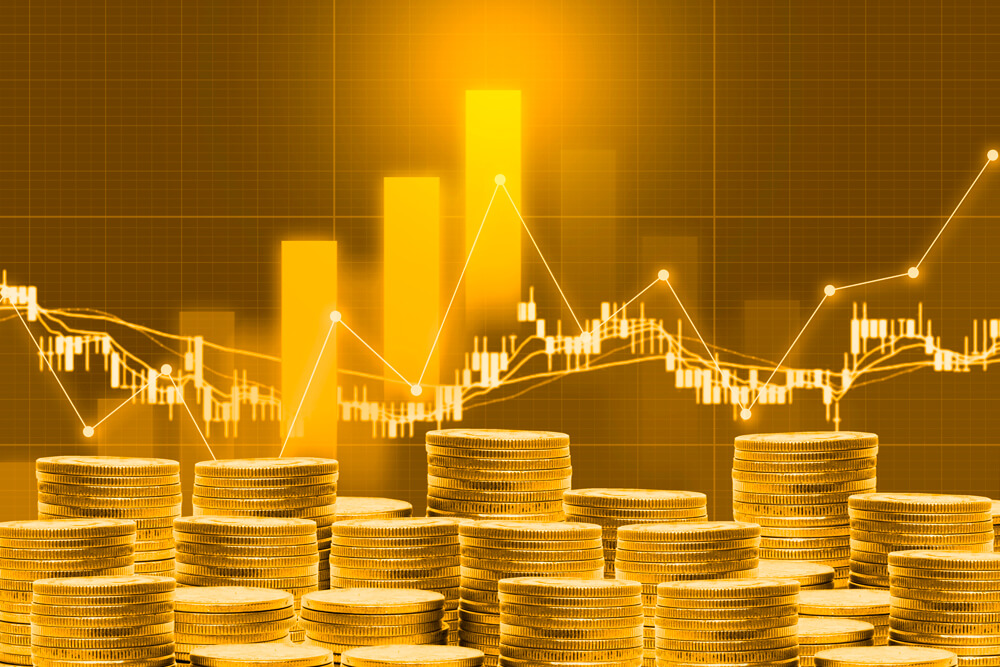 Gold has been making some big headlines lately, and while experts can’t quite figure out if it’s a rally or a realignment—they like what they see.

The yellow metal is up more than 11% in the last 6 months and more than 16% in the last year. But that’s nothing extraordinary for the precious metal. A glance back at the end of the 20th century—which is not as long ago as it sounds—reveals that gold has surged almost 460%.

Back in 1999, President Bill Clinton had just been acquitted of perjury and obstruction of justice charges. The U.S. Women’s Soccer Team had won the World Cup. And “end of the world fears” courtesy of the “millennium bug” or “Y2K virus” had many of us worried that computers worldwide would shut down and cause a technical Armageddon.

A CNN Money headline from April 1999 exhibits uncanny bewilderment over the seemingly interminable good economy: “It Keeps Going and Going…. The Tech Boom Has Ushered in Growth Without Inflation, but for How Long?”

Less than a year later, the U.S. succumbed to a recession on the heels of the dot.com crash, which was further exacerbated by the September 11th attacks. And since the end of the last millennium, gold prices have never looked back. With its performance driven by emerging economies in Asia and the Middle East, the launch of the first gold ETF in 2003, the financial crisis of 2008, soaring deficits, market volatility, and soft money, gold has proven to be a dependable diversifier and a reliable hedge.

And as we close out the second decade of the 21st century, the most popular of all precious metals has gotten the attention of friends in high places and a host of prominent endorsers.

According to the World Gold Council, central banks bought 145.5 tonnes of gold in the first quarter of 2019, the highest level in 6 years. Big banks and investment houses like Bank of America, Morgan Stanley, Goldman Sachs, and JPMorgan Chase have all indicated a growing bullishness for gold. And then comes the bandwagon of billionaires: Paul Tudor Jones, Jeffrey Gundlach, Stanley Druckenmiller, Paul Singer, and Ray Dalio have been reminding everyone about gold’s longstanding track record and confessing how much they like the yellow metal, particularly right now.

Dalio, founder of the world’s largest hedge fund, recently stated that “it would be both risk-reducing and return-enhancing to consider adding gold to one’s portfolio.”

When gold started its meteoric, multi-decade rise back in 1999, U.S. GDP was growing at an annualized rate of 4.8%. This year, forecasters are calling for economic growth to ease to just 2.4%. Gold’s long and steady ascent began while the Fed was raising rates—which closed out the last century at 5.5%. The current federal funds rate is just 2.5%, and the markets have already factored in a quarter–point rate cut this month.

It forces us to ask the question: Are conditions now more bullish for gold than they were 20 years ago?

In 2019, we face arguably greater systemic risks than those that fueled gold demand throughout the 2000s. Trade wars, stock volatility, slowing global growth, Mideast tensions, worldwide monetary easing, mounting debt, and a U.S. economy that by many accounts has expanded too far—and for too long—have powered the yellow metal since late last year.

And gold’s recent bounce may only be the beginning according to precious metals analyst and strategist Joe Foster. The portfolio manager for the VanEck International Investors Gold Fund recently stated, “We believe there is a very good chance that this marks the beginning of a new gold bull market.” And he added that much like the gold price phenomenon of the last few decades, gold’s run is “likely to last several years.”

“Several years” in safe–haven speak is a veritable lifetime with respect to the value and vitality of our retirement and savings accounts.