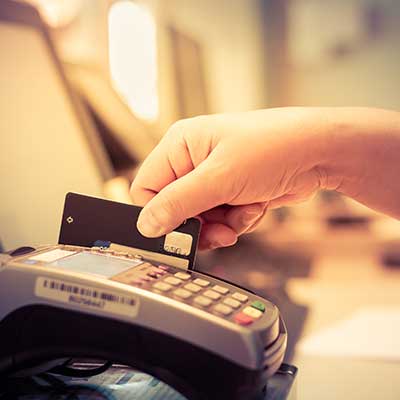 After a short stint of penny-pinching prudence, Americans are back to swiping their way to big charge card balances. Credit cards, after all, are as American as football and apple pie—and we are racking up debt like it’s 1999. Unlike the 1990s, however, GDP has not cracked 4% since the year 2000, and we’ve only averaged about 1.8% economic growth since 2001.

In the late 1980s to early 1990s, America faced oil price shock, an S&L crisis, surging inflation and the Gulf War. The Fed responded by raising rates and dramatically tightening credit. As inflation waned, rates were cut to record lows, and the U.S. experienced an unprecedented boom. The economy grew by an average of 4% and added 1.7 million jobs per year between 1992 and 1999. Poverty fell, stocks soared and unemployment was cut in half by the end of the decade.

But this Age of Nirvana and Beanie Babies had a dark side. While it was a time of economic recovery and prosperity, the average American family saw credit card debt increase a staggering 53% while personal savings plummeted. As a percentage of disposable income, savings dropped from a decade high of just under 10% in 1993 to 2% by the close of the last millennium. Soaring markets, increased availability of credit and an overall feeling of “paper wealth” earned the 1990s the mantle: “The Decade of Debt!”

Fearing fallout from an overvalued stock market, the Fed embarked on a series of rate increases between 2000 to 2001. Between September of 2000 and January of 2001, the NASDAQ lost over 45% of its value, the Dot-com bubble collapsed, and the country entered a recession.

Believe it or not, we could be at it again. U.S. household debt has climbed 11% in the past decade. Credit card debt alone has risen more than 6% in the last year. According to a 2016 NerdWallet study, the average family carried credit card balances of over $16,000 last year. The average auto loan exceeded $30,000, and student loan balances hovered just under $50,000. Oh, and the Fed is raising interest rates with three hikes planned this year.

As the national public debt races toward $20 trillion, we find ourselves in an equally perilous civilian debt trap. After dutifully paying down our credit balances from 2009 to 2013, household debt has been resurrected and is now surging to levels not seen since the Great Recession.

Credit card debt is often dismissed as innocent spending, but it is actually a dangerous game of financial jeopardy and a critical economic harbinger. Banks and consumers take on tremendous risk when debt levels get excessively high, particularly in an economy that has yet to exhibit robust growth. Unlike mortgages, auto loans and student loans, credit card rates are variable and consumers carrying high balances often get burned by rising prime rates. Likewise, banks must contend with credit card delinquencies which have recently and dramatically reversed course after falling for over six years.

According to the Congressional Budget Office, rapidly rising sovereign debt without a plausible plan to reduce spending increases the likelihood of an economic crisis. For U.S. households, unsecured consumer debt can be equally hazardous.

Back in the1990s, dramatically rising credit card balances coincided with a period of excessive stock speculation, plunging personal savings and the eventual collapse of the “get big fast” tech bubble. The dot-commers lost some $1.755 trillion in market value as companies folded and fortunes evaporated. Today, folks continue to go all-in on the current “get big faster” cyber bubble. Perhaps along with baseball, hot dogs and credit cards we should add a “very short memory” to those things that embody American culture and the American way.