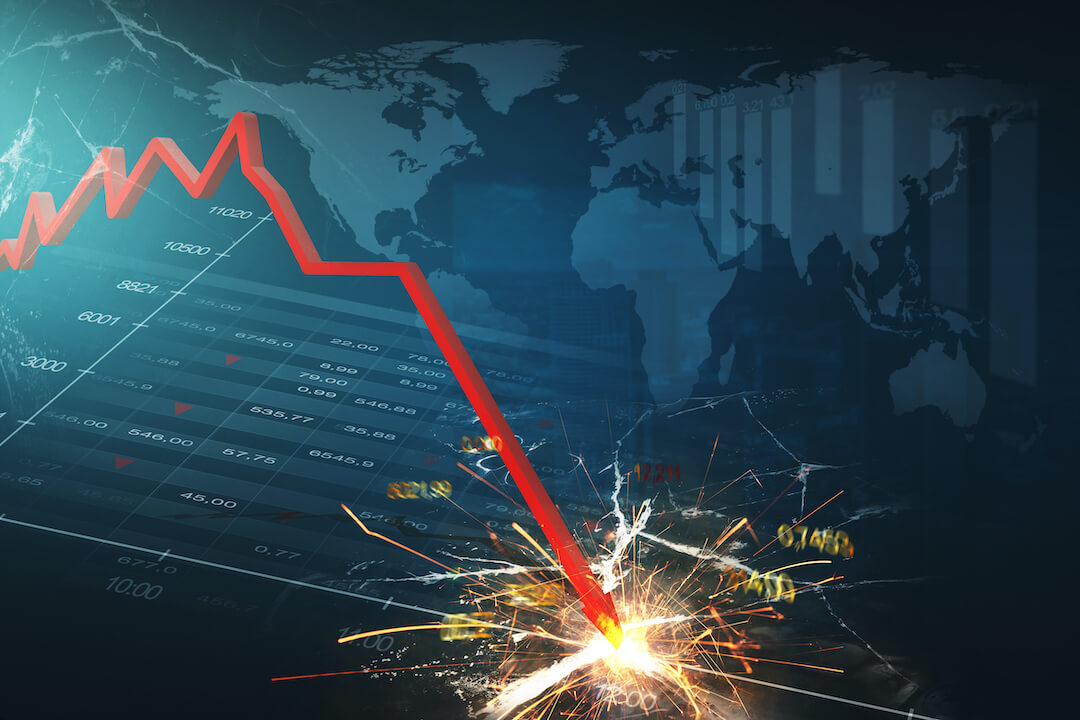 Upbeat earnings, rosy job reports, rate-cut chatter, a red-hot labor market, and robust consumer spending—it certainly has been high times on Wall Street. One is reminded of the days of excess, the “greed is good,” white-collar culture of billion-dollar deals, spending benders, and banks behaving badly.

The current appetite in stocks is nothing short of voracious. The Dow, S&P 500, and Nasdaq have all notched record highs fueled by a massive surge in earnings for companies that, in some cases, are not even profitable.

We’ve all heard about the tech bubble, courtesy of the FAANG gang—Facebook, Amazon, Apple, Netflix, and Google—which has been credited with fueling much of Wall Street’s historic run. According to Barron’s, these pricey stocks are valued at about four to eight times their projected sales or revenue. But that’s child’s play compared to the new software euphoria in which valuations as much as 20 times projected sales are being logged.

These are levels not seen since before the dot.com collapse back in 2000.

Longstanding software stalwarts like Microsoft, Oracle, and Adobe have all enjoyed healthy 2019 returns. But shares of new on-demand software upstarts like Workday, with a market capitalization of $50 billion, have gone through the roof despite bleeding red. And a host of cloud computing startups like ServiceNow (with a market cap of more than $53 billion) have done the same despite never breaking even.

When speculation, exuberance, and herd behavior push stock prices beyond their justifiable value, we’re in a bubble. And when investors buy overvalued shares with the expectation of even higher returns, we’re in trouble.

The “no profits, no problem” mindset is not unfamiliar territory. The number of companies that are pre-IPO and also in the red is now at its highest level since 2000. And just as in the 1990s, the blind optimism, groupthink, and fad-based investing that fuel a bubble’s expansion will also contribute to its collapse. This is where exuberance meets recklessness.

We’re at a critical junction—namely, the intersection of the lengthiest economic expansion and the longest-running bull market in history. So is there any fuel left in the economic engine? Does the bull have legs? Or could this all end in a punishing and unforgiving crash?

There’s no doubt that profits are slowing. Trade policy is dicey. Global growth is ebbing. Business investment and manufacturing are struggling. And national, corporate, and consumer debt have all hit unsustainable levels. In this climate, any market that has ascended this high on speculative whimsy is destined to deliver weaker returns in the not-so-distant future.

We know the refrains: “What goes up must come down,” “Nothing lasts forever,” and “All good things must come to an end.” But these simple, timeless dictums become cautionary tales when faced with a Fed that is arguably too weak, too overextended, and too ineffective to save us.

And anyone who goes into the coming downtrend over-exposed and under-diversified could very well be part of another herd. To paraphrase the fictional Wall Street villain Gordon Gekko, namely, sheep being led to slaughter.