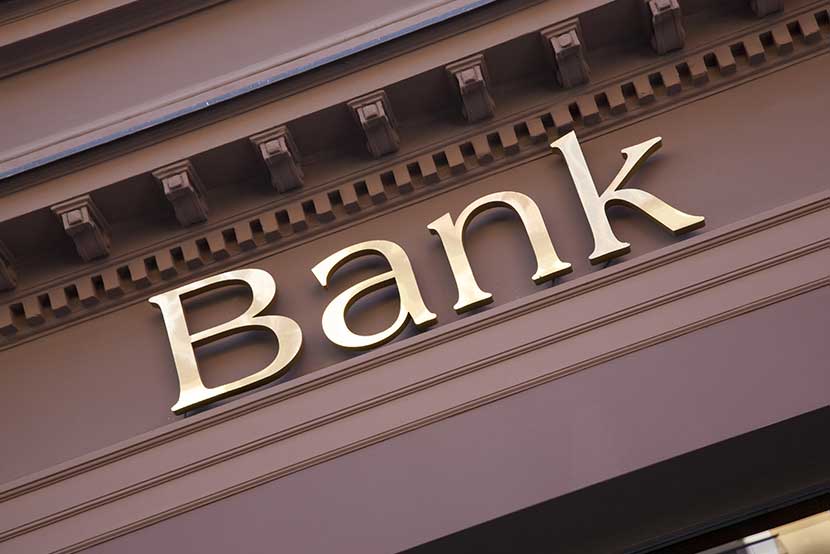 In my last post, I described how Goldman Sachs used its position in aluminum warehousing to manipulate prices, and I posed the question, What can we learn about the gold market from Goldman’s actions in aluminum?
Let’s look at SPDR Gold, the largest gold ETF in the world. At the center of SPDR Gold is HSBC, one of the too-big-to-fail (TBTF) banks you and I bailed out in 2009. In fact, we’re still bailing them out.
As SPDR Gold’s custodian bank, HSBC is in the middleman position, like Goldman is in aluminum. HSBC doesn't own the gold in SPDR Gold’s account; it warehouses the gold, enormous quantities of gold. And like Goldman in aluminum, HSBC is allowed to trade in gold, on its own account as well as its clients. Again, like Goldman, as the middleman, HSBC is in a unique position to have an early read on movements in supply, demand, and price, and to make its trades accordingly. And, like Goldman, HSBC can load the dice to increase the odds that its bets will payoff.
Exactly how HSBC performs this alchemy is the subject of much speculation, informed and otherwise, but figuring it out is much more difficult than with Goldman and aluminum. Goldman’s scheme is simple, and the effect on Goldman’s big aluminum customers (soft drink makers and brewers, for example) is inescapable. The mechanisms of gold ETFs are far more complex and opaque.

But here’s one possibility: Let’s say that HSBC sees the price of gold trending downward as it did early this year when gold lost about $100 an ounce between January and mid-April. There’s lots of chatter on the street about the end of a long bull market and concern that the bear is around the corner. The herd is skittish. It doesn't take a genius to figure out that gold is vulnerable.
Then, an entirely plausible report hits the market that Cyprus will be forced to sell its gold reserves to deal with its financial crisis. Disturbing but not fear-inducing news.
Then lightning strikes in the form of a rumor that the Eurozone’s financial crisis will force other governments with much larger gold reserves to sell gold, threatening to flood the market. And for good measure, two large sell orders hit the market in quick succession. Panic selling ensures and gold falls $180 an ounce.
This is great news if you had bet against gold—like some of the TBTF banks, including HSBC, appear to have done prior to the April price collapse. By the way, the rumor of impending gold sales by Eurozone central banks was false.
Credible accusations of price manipulation in precious metals have been leveled against HSBC and other TBTF banks in recent years. In 2010, a former Goldman trader with 40 years of experience in the trading pits accused HSBC and JP Morgan of manipulating gold and silver prices. A few months later, two traders filed separate lawsuits in federal court alleging manipulation of silver prices by HSBC and JP Morgan.
Is there a smoking gun in all this? Not yet, but there’s lots of smoke.

Speculation of this kind has been dismissed as gold bug conspiracy theory. Truth be told, when I was at the U.S. Treasury I would have dismissed it as gold bug conspiracy theory.
The Goldman aluminum story sets the mold for how TBTF banks are able to manipulate commodity markets once they are strategically positioned as middleman in those markets. Exactly how they accomplish this in the gold market is impossible to say due to the complexity and lack of transparency of gold ETFs. But they have the means and the opportunity, and heaven knows they have the financial motive.
Moreover, their massive campaign contributions and lobbying spending, and the revolving door among the banks, Treasury, the bank regulators, and Capitol Hill have allowed the TBTF banks to write the nation’s laws in a way that reduces or eliminates the chance that anyone will go to jail, or even be prosecuted, for their actions. If you want a primer on the subject, read 13 Bankers by Simon Johnson and James Kwak, which, in my opinion, contains the best description of the incestuous relationship between the banks and Washington policymakers and regulators.
The bankers have repeatedly demonstrated that the law, moral scruples, and public condemnation are no barrier when it comes to their performance bonuses. HSBC is especially noteworthy in this regard having paid $1.9 billion to settle a criminal case in which it was accused by the government of laundering money for Middle East terrorists and Mexican drug cartels. By the way, no one went to jail, was indicted, or lost a penny in performance bonuses for these acts. There’s no accountability and the bankers are shameless.

A window into their world

I have a pretty good window into these matters having served in senior positions in the U.S. Treasury and on the Senate Finance Committee. I also ran a lobbying operation in Washington, DC, and earlier in my career, I was the chief regulator of the telecom industry in Texas. Later, I worked in the industry. In other words, I've been through the revolving door, and I've seen this from every angle.
In complex markets like telecommunications and financial services, the opportunities for mischief are innumerable and highly profitable. The devil is in the details, and the details in these markets provide a friendly habitat for many devils. The TBTF banks have made certain the laws are stacked against consumers/investors, law enforcement, and regulators, assuming the regulators are even inclined to regulate.
Based on my experience and my knowledge of the gold market, I think concerns about manipulation of gold prices are legitimate.

What does this mean for gold investors?

First, buy physical gold and hold it for the long term. Stay out of the trading frenzy of the ETFs’ paper gold. Second, focus on supply and demand fundamentals and buy during price corrections—like now. As I've written before, I think gold is set for another bull run, and in a few years, today’s prices are going to look like the bargain they are.
This is the second of a two-part series, read part one: Gold and the Aluminum Price Manipulation Scandal.