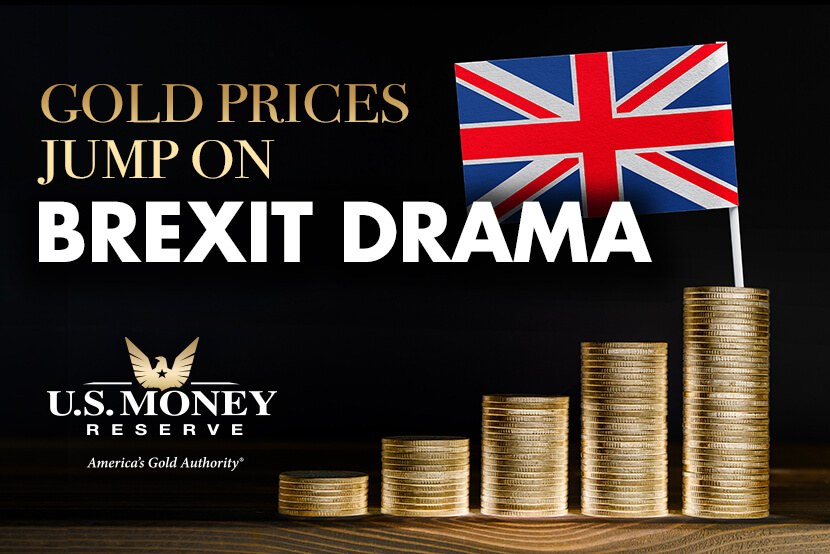 Global economic uncertainty—especially nagging questions about whether Brexit will actually happen—is helping to drive up the price of gold, underscoring the precious metal’s status as a safe haven.

On March 25, gold prices reached a three-week high amid continuing worries over the global economic outlook, such as the turmoil swirling around Brexit. The surge in gold prices comes as the United Kingdom creeps toward its still-up-in-the-air exit from the European Union. Assuming the UK’s departure from the EU isn’t further delayed, the UK—made up of England, Scotland, Wales, and Northern Ireland—will sever ties with the economic coalition on April 12 (previously March 29).

“The pullback in the stock markets, the dollar index, and benign interest rates are helping gold prices,” George Gero, managing director at RBC Wealth Management, told CNBC.com in reaction to the three-week spike in gold prices.

Regardless of what occurs with Brexit, the European economic instability associated with it promises to drive more asset holders toward gold as a safe haven—and could, in tandem, drive up gold prices. Also, currency and interest-rate fluctuations are likely to play a role in gold’s future.

“In the current environment, I think it will be difficult for central banks to normalize monetary policy, and that will benefit gold,” Jasper Lawler, head of research at London Capital Group, told Kitco.com in January.

“We are entering a period of high uncertainty for fundamentals and risk assets and if this were to heighten further, gold could break out substantially, helped by safe-haven flows, lower yields, and expectations of a possible return to quantitative easing,” Atlanta Wealth told its clients, according to the Reuters news service.

Fund managers appear to be embracing that line of thinking. Based on data from the Commodity Futures Trading Commission, Kitco.com reported March 25 that fund managers had sharply increased their bullish positions in gold futures.

For asset holders, the Brexit ordeal and other global economic affairs could offer a silver lining—a golden opportunity to allocate some assets toward gold amid the shakiness of some other asset classes. By one account, gold could enjoy a 5% upswing in the next few months.

Part of that potential upswing could be tied to the Federal Reserve signaling that it’s done raising interest rates for the foreseeable future, according to CNN.com.

“[Precious] metals are set to be the primary beneficiaries of the Federal Reserve simply catching up to futures markets priced for easing,” Bloomberg Intelligence senior commodity strategist Mike McGlone wrote in a March 22 tweet.

So, on more than one front—far beyond Brexit—gold is gaining momentum. Yet, at least in the near term, Brexit could do more than any other economy-related action to buoy the safe-haven attraction of gold. James Luke and Mark Lacey of London-based asset and wealth manager Schroders telegraphed as much back in 2016.

“Gold is on a path back from being a forgotten asset to a core allocation in a deeply uncertain world. Brexit exacerbates trends [that are] already firmly in place,” they wrote.

Call 1-844-307-1589 to lock in your gold prices before they climb higher. Who knows what tomorrow may hold. At this point, uncertainty may be the only certainty.