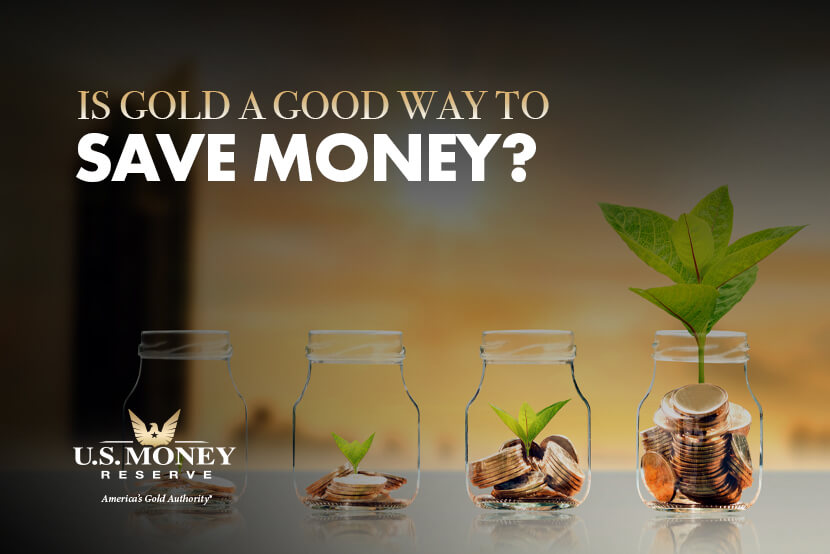 Is Gold a Good Way to Save Money?

Putting cash into gold as opposed to a savings account or even under your mattress could mean better returns, less risk, and more peace of mind. Learn more as we compare the savings benefits of gold versus cash.

Simply put, saving money offers financial security. However, saving money doesn’t just mean stashing some cash. It also can mean converting a portion of your cash into gold, which functions as both a currency and a tangible asset. Here are four reasons that diversifying with gold could be better than holding only cash when it comes to saving money.

In contrast, “gold prices climbed 25% in 2020, recording their best year in a decade,” reports Reuters.

In January 2020, billionaire Ray Dalio bluntly declared that “cash is trash.” He advised keeping at least 5 to 10% of your portfolio in gold.

“When you look at the geopolitical strife, how many foreign entities really want to hold dollars? And what are they going to hold? Gold stands out,” Dalio said.

You could put some of your cash into the stock market. Or you could use some of it to buy gold. Which one might be better for your savings?

In April 2020, AARP reported that gold had outperformed U.S. stocks over the previous 15 years. The yellow metal gained an average of 9.2% a year, while the S&P 500 Index gained 9.05% a year (with dividends reinvested).

“It’s known and accepted throughout the world. This…has been true for thousands of years,” Forbes reports. “Plus, gold is durable and it’s beautiful, which has also made it superior to other mediums of exchange, like paper currencies. And it’s not backed by any government or central bank. It’s valued on its own merit.”

Some experts go so far as to refer to gold as an “insurance policy” because it holds its own even in troubled times.

4. Gold Acts as a Hedge Against Inflation

Inflation, the rising cost of goods and services, can lower the value of paper currency. That, in turn, can affect any cash you’ve saved.

“High inflation decreases purchasing power and undermines the value of money. Low inflation, however, suggests a dramatic collapse in the price of goods, which restricts spending and could trigger deflation and a broader recession,” writes John Rothans, Chief Procurement Officer and Master Numismatist at U.S. Money Reserve.

However, inflation doesn’t have the same impact on gold. Gold is a real asset that lacks credit or default risks, and high inflation can boost the yellow metal, according to the World Gold Council.

U.S. Money Reserve can help you save money through gold. Download your free gold information kit to learn everything you need to know about buying physical gold, then contact a U.S. Money Reserve Account Executive.