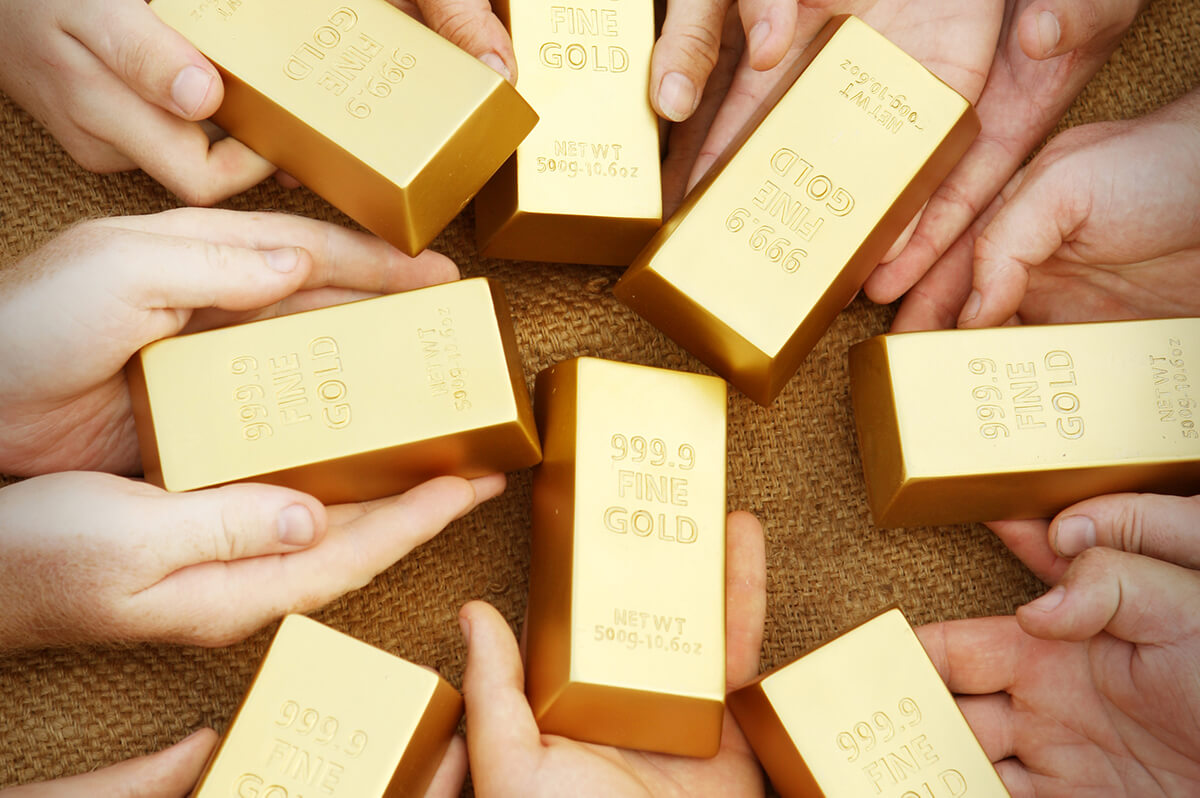 There is a common image in many people’s minds about what a person who owns or buys gold is like. They often picture a gold buyer as someone who is immensely rich—a member of the upper crust dressed to the nines, perhaps even adorned with a monocle and top hat.

Popular culture reinforces this idea. For instance, consider the James Bond villain Auric Goldfinger, a wealthy businessman who was maniacally obsessed with his own vast hoardings of gold. More benignly, millions of children grew up watching the wealthy cartoon character Scrooge McDuck dive into a vault of gold coins and swim around in them. These depictions aren’t entirely without basis.

There is truth to the idea that affluent people like gold.

Many billionaires own and prize gold. For example, Ray Dalio has made no secret of his affinity for the yellow metal. Mr. Dalio is reported to have a net worth of over $18 billion and runs one of the world’s largest hedge funds, Bridgewater Associates. In a recent interview with CNBC, Mr. Dalio declared, “Cash is trash” and furthermore endorsed gold, highlighting preferences by central banks: “They are going to hold gold. That is a reserve currency, and it has been a reserve currency for a thousand years.”

Ray Dalio is not alone among billionaires with these views. Bloomberg reported that Egyptian billionaire Naguib Sawiris placed half of his over five-billion-dollar net worth into gold mid-2018. Banker Lord Jacob Rothschild, of the famous Rothschild family, announced in 2016 that his family was moving their fortune out of the U.S. dollar and into gold and other currencies.

My years in the precious metals industry have shown me that gold buyers come from a variety of walks of life.

Gold buyers can be small business owners who are looking to protect their earnings or hardworking family members seeking to leave something behind for their children, perhaps both. I know from experience that there is not just one type of person who buys gold. A large number of Americans do.

Data backs this up. The results of a survey by the magazine Gold IRA Guide from October 2019 indicates that 12 percent of Americans own some form of gold. If the U.S. population is 329 million, as estimated by the U.S. Census Bureau on January 1, then more than 29 million Americans own gold. It seems that gold’s appeal stretches far and wide.

The reasons for gold ownership have some common themes.

Even among such a large number of people, there may be some common motives for owning gold. Whether or not someone is a billionaire, they might see gold as a hedge against risk. Many experts have claimed over the years that gold could be a safe-haven asset that guards wealth in times of uncertainty.

Whether or not your net worth is a billion dollars, you can see merit in that idea.