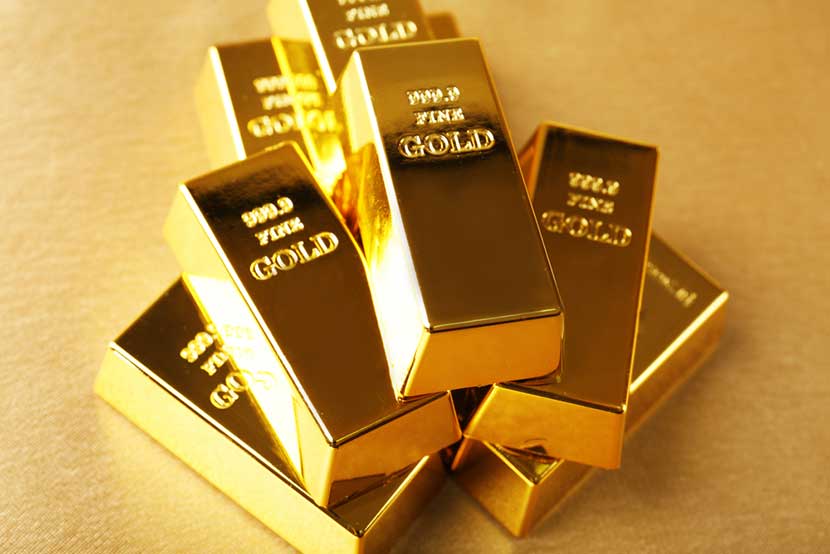 Gold is having an epic bull run. How good is it? The precious metal’s start to 2016 just reached historic proportions.

The precious yellow metal just capped off a 3.1% weekly gain with its best performance through March 4 ever, according to Dow Jones’s research team. FactSet’s database goes back to 1984 and is based on the most-active contract.

April gold is up 19.8% since the end of last year and the next best performance during the same period for bullion prices was a 15.3% rise back in 2007, according to FactSet data.
Hand-wringing over the health of global markets and the emergence of negative rates in Japan and Europe has been part of the narrative that has helped propel the precious metal’s sharp rise.

In a sign of how hot demand is for gold is, BlackRock Inc. on Friday said it suspended the issuance of new shares of the iShares Gold Trust until shares can be registered with the Securities and Exchange Commission.

To be sure, things could unravel for gold rapidly. Some traders believe that gold’s run-up may be too fast and too furious to sustain itself.

MarketWatch’s Tomi Kilgore also points out that technical chart patterns emerging in gold’s ascent, which typically have been bullish for assets, haven’t generally borne out for gold.

But to put gold’s gains into perspective, its nearly 20% rise places it on pace to log its best annual gain since 2010. During that year, gold was only up 3.4% through March 4. On a relative basis, that 2010 run is more modest than gold’s current trajectory, making it hard to believe it is on a sustainable run.

But one thing is certain, much like Mike Myers’s villain in the 2002 movie Austin Powers in Goldmember, Wall Street is loving gold: