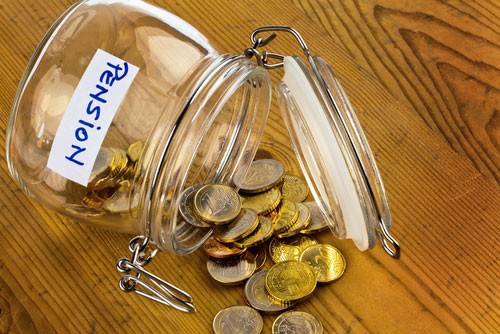 The Organization for Economic Cooperation and Development warned on Wednesday that prolonged low interest rates fueled by central banks’ quantitative easing pose a serious threat to the solvency of pension funds and life insurers that could send ripples through the global financial system.

As interest rates are expected to stay low for an extended period, and even negative in some countries, pension funds and life insurance companies may struggle to live up to promises for returns and pension payouts, the OECD said. Financial institutions could then respond by making riskier investments that would earn higher returns but leave them exposed to future negative shocks, such as a liquidity crunch, the OECD added.

“This environment of low interest rates, which is expected to prevail for the foreseeable future, poses serious challenges to insurance and pension systems,” the OECD said in the first of edition of what will become an annual report on the global outlook for business and finance.

The stability of the life insurers and pension funds is key to maintaining wider financial and economic stability as they mobilize large amounts of capital and act as long-term investors across the world, the OECD said. But as central banks maintain loose monetary policies, the threat posed to by prolonged low rates is unlikely to dissipate soon.

While the U.S. Federal Reserve expects to begin raising rates in 2015, its benchmark short-term interest rate has been pinned near zero since December 2008. The Fed also launched a huge bond-buying program in 2009 known as quantitative easing, a move the European Central Bank also took in January, driving bond prices up and yields down. The ECB’s asset purchases of €60 billion ($67.4 billion) a month will continue until September 2016, the central bank says.

Many insurers and pensions funds may be able to weather the low rates by adjusting their policies, the OECD said. But the Paris-based organization still warned that low rates on bonds, which typically make up about 40% of pension fund portfolios, could push some financial institutions to invest in riskier, higher-yielding assets such as private equity and derivatives.

Regulators need to be vigilant that institutions are raising their reserves as they take those higher risks, the OECD said.

“Care must be taken to ensure that these institutions do not let their ‘search for yield’ lead them to such excessively high-risk investment strategies that their solvency, and their ability to deliver on promises, is threatened,” said Angel Gurría, the OECD’s secretary-general.

Still, the OECD said there is a lack of detailed evidence to confirm whether pension funds are shifting to nontraditional types of asset. But in some countries, particularly the U.K., data already shows a clear upward trend in investment in such assets, it said.

“Such a shift may loom on the horizon,” the OECD said.