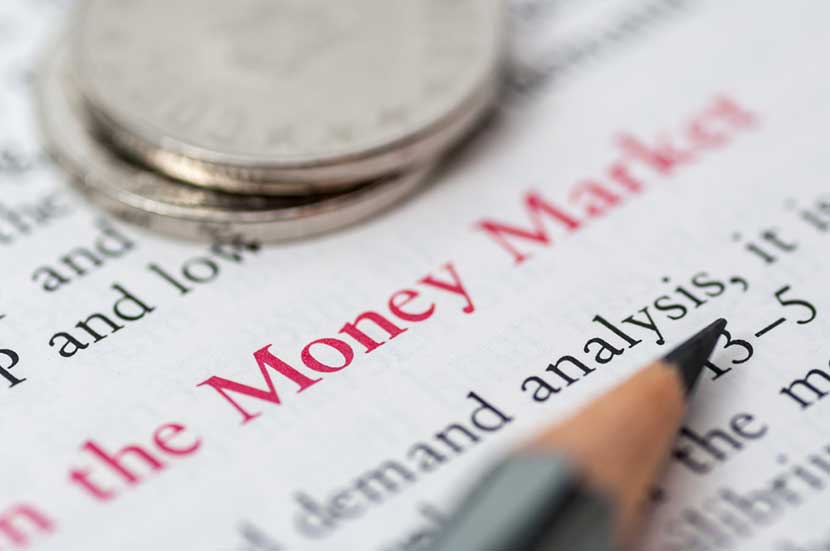 The Big Risk Looming in Your Money Market Fund

With more countries either introducing or talking about instating negative interest rates— Japan was the latest to go minus, on Jan. 29 — many Americans are concerned about what might happen here if the Federal Reserve has to reverse course and go the sub-zero route, too. One particular part of the investment industry is likely more nervous than most: the money market sector.

These investments are generally thought of as safe haven investments. The goal of these funds is to never lose money and maintain a net asset value (NAV), or per share value at $1. But if rates go negative the fear is they may be in danger of “breaking the buck.” In 2008, at the height of the financial crisis, the share price of one fund fell below a dollar and nearly triggered a panic among institutional investors and required the government to set up a temporary insurance program. Since then, these funds operate with more stringent regulatory rules: they must take on less credit risk and have more of a cash cushion to handle redemptions.

Over the last eight years, interest on money market funds has declined significantly. In 2007, rates were around 4.5 percent. Today they're at about 0.1 percent. If rates fall further, Americans will be lucky to even get a single basis point on their investment.

“At this rate, your money will double in 6,000 years,” said Mike Geri, a Seattle-based financial advisor with RBC Wealth Management. “You're essentially earning zero. It's horrible.”
Up until now, Geri has continued to use money market funds, but mostly as a place to temporarily stash dividend dollars made from income-producing stocks. He does keep some client money in these vehicles, too, but it's not much.
In total, he has about $15.5 million in money market vehicles, which only accounts for about 3 percent of the assets he manages. While he is getting 0.25 percent on those dollars — he uses a money market–like RBC security — in general, there's no longer an expectation to make money on these dollars, he said.

A money market fund is essentially a mutual fund, but this security typically holds investment-grade short-term government bonds that mature somewhere between 30 and 90 days. Some money market funds also hold triple A–rated corporate debt.
Money market funds are insured up to $500,000 against brokerage-firm failure by the U.S. Treasury; however, they have no protection against market loss.
Before the recession, people would be able to generate a decent return on their cash. Firms pay investors an interest rate in exchange for allowing the company to hold their money — the rate is based on the Fed funds rate.
Now, though, with the overnight rate at historic lows, it's almost impossible to make any money in a money market fund.
While this is bad news for investors, it's even worse for the industry. Because rates are so low, money market providers have stopped charging fees, which means they make no money on these products. According to the Investment Company Institute (CIT), last year funds waived $5.5 billion in fees.
“How can you charge 0.5 percent to manage money in a negative interest-rate environment?” asks Laurence Booth, the CIT chair in structured finance at Toronto's Rotman School of Management. “This is a disaster for these funds.”
If rates go negative, then theoretically, they might actually have to pay an investor to keep money in a fund. That would likely spell the end of the industry.
“If we saw 30-day, 60-day and 90-day paper at negative rates, then that would severely harm money market funds,” said Jeff Tjornehoj, head of Americas research at fund data company Lipper.

Fund flows have remained steady over the last couple of years, though the industry has seen a fairly significant contraction since those days of heady rates.
At the end of 2008, there were $3.8 trillion in U.S. money market funds; today there's about $2.7 trillion in assets under management, according to Lipper.
Between 2009 and 2011, when the average 12-month yield on money markets fell from about 2.27 percent to 0.02 percent, $1.1 trillion exited these securities.
Many companies have also stopped offering these products. Reich & Tang, a popular money market fund firm, liquidated its funds last July — it had about $9.5 billion in assets at the time it announced its closure.
Other businesses have consolidated or closed, said Tjornehoj. For instance, BlackRock purchased Bank of America‘s money market funds in November.
If rates do go negative and investors actually have to pay to keep money stored in a fund, then you can bet that more firms will stop offering these products.
Whether or not negative rates will come to America is up for debate, but several countries overseas have gone into negative territory. And that's had an impact on their money market industries.
For instance, when the Bank of Japan took rates below zero, many of the country's large asset-management firms stopped accepting money market cash.
Overseas, where some countries are experiencing negative rates, money market funds have been impacted.
In Europe, a number of companies are employing the “reverse distribution mechanism” in order to keep the fund's net asset value at $1 a share. This involves canceling shares in the fund in order keep the net asset value stable.
(Money market funds are set at $1 a share and are essentially guaranteed to stay at that price. No buyer wants to lose money on the value of the funds; they just want to store their money somewhere safe.)
That method, though, doesn't stop investors from losing money, said Tjornehoj. If an investor with $10,000 in a money market fund gets 1 percent of their shares canceled out, they'll now have $9,900 dollars saved, even if the net asset value remains at $1.

As bad as things may get, some investors and institutions may still use money market funds, even though they may lose money, said Booth. Why? Because, as the saying goes, the devil you know is better than the devil you don't.
“What's the alternative?” he asked. “Is it better to put your money in an account and lose 0.5 percent year-over-year or invest in some other security and lose even more?”
That's the trade-off that Geri has to stake. He uses Vanguard's short-term investment-grade bond fund (VFSTX) for shorter-term savings. Although the fund yields 1.98 percent, it could lose value if interest rates rise or if high-quality corporate spreads widen, he said.
He also buys three-month FDIC-insured CDs, which yield 0.5 percent, but only if a client is willing to lock up his or her funds for 90 days.
Short-term government bonds are available, too — you can buy a 13-week Treasury — but these come with fees and they're not nearly as liquid as a money market fund. As well, investors can keep money in basic savings accounts, but there could be account fees to hold that cash, and there can be limits on how much an account can hold, said Geri.
Other options include buying preferred shares, corporate bonds and dividend-paying equities, but all of these require an investor to go further out on the risk curve, which may not be a good idea for short-term savings, said Geri.
“The fundamental rule with the short-term liquid portion of your portfolio is … never stretch for what appears to be higher-yielding investments,” he said, adding, “Risk is fine; just don't confuse the safe portion of your portfolio with the risks you are willing to make in other parts of your portfolio.”
Unfortunately, there's really not much American investors can do. As long as rates don't go negative and wreak havoc on the industry, you'll have to make next to nothing on your short-term savings.
“The objective isn't to earn interest on it anymore,” he said. “It's now don't lose it.”