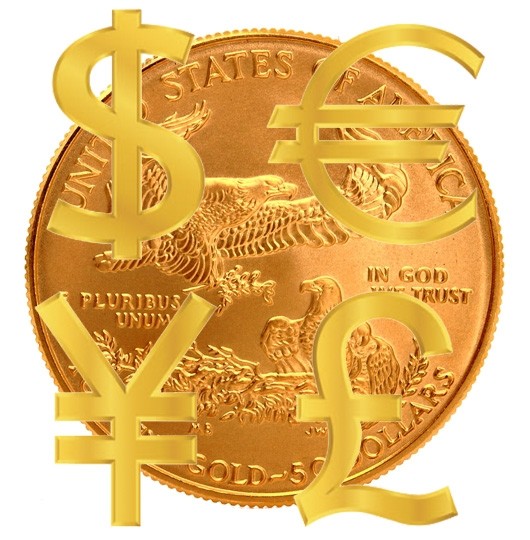 (Kitco News) – The race to the bottom in currency markets continues to heat up and in a potential currency war some analysts see gold as the biggest winner.

Singapore’s central bank surprised the markets this week by loosening its monetary policy. On Wednesday, the Monetary Authority of Singapore (MAS), which uses its exchange rate as its main monetary policy tool said it will slow the pace of the country’s appreciation against a basket of currencies. According to the central bank the move was made because of the impact weaker oil prices are having on price pressures. They add that inflation could fall as much as 0.5% in 2015. 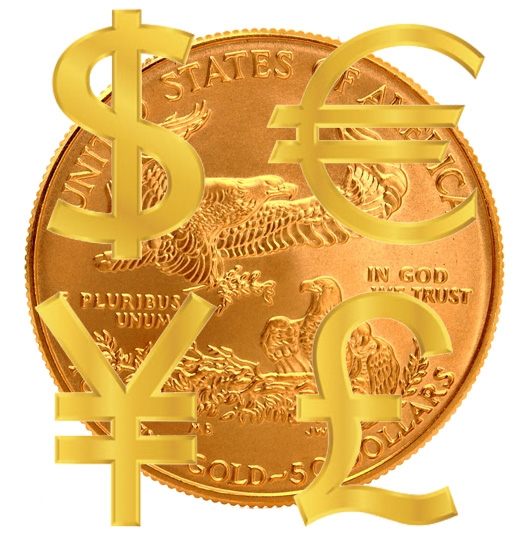 Singapore joins a long list of central banks that are trying to encourage higher inflation and stronger economic growth by loosening monetary policy and depreciating their currency. So far this year the list already includes: The Bank of Canada, the Danish central bank, the European Central Bank and theBank of Japan

Jeffrey Nichols, managing director of American Precious Metals Advisors and senior economic advisor at Rosland Capital said, currently the gold market is being governed by short-term speculation that the Federal Reserve might be the sole central banks to hike rates in 2015; however, he added that the implications of these global stimulus monetary policies should be positive for gold in the long-term.

Howard Wen, precious metals analyst at HSBC, agreed that global easing should be bullish for the yellow metal in the medium term.

“Right now the gold market is focused on the Federal Reserve monetary policy, but if this focus shifts back to global easing then gold should do well,” he said. “Being a hard asset you can’t just print gold so this environment is positive for gold.”

Wen added that the biggest impact from the Singapore policy shift is that it could create a shift throughout the region.

In a report published Wednesday, currency analysts at HSBC said that this move could have serious implications for the rest of the region and could start a trend throughout Asia.

[dt_quote type=”pullquote” layout=”left” font_size=”big” animation=”none” size=”1″]“The MAS has historically been seen as one of the most-forward looking and credible central banks in Asia,” they said in their report. “So the risk is that other policymakers become much more permissive of local currency weakness in response to the MAS’ decision, especially in places where the inflation outlook is low and where the pass-through impact of a weaker currency is smaller.”[/dt_quote]

Axel Merk, president and chief investment officer of Merk Investments said that there is no doubt the world is in the middle of a currency war and he likes holding gold as an insurance policy.

Because of weaker oil prices, inflation expectations are falling around the world and “everyone and their dog wants a weaker currency,” he said.

Countries, instead of trying to support economic growth through fiscal reforms, are instead pursuing short-term gains by debasing their currencies, he added. This, he said, will  create long-term economic problems and gold will be the biggest winner.

“The criticism of gold is that it does nothing but I would rather have a  gold bar that does nothing then be penalized with negative interest rates that hold cash,” he said.

Merk said that although negative interest rates support short-term growth, the problems come when rates turn positive-, a problem he said, the U.S. economy will soon have to face.

Merk isn’t convinced that the U.S. dollar strength will last. He said the Fed is pursuing a “fantasy” monetary policy that the U.S. economy will continue to strengthen and rates will eventually go higher.

“I have said many times before that we can’t afford real positive rates,” he said.

As an example, he explained that if the 10-year treasury yield rose back to 4% or 5%, the U.S. government would end up spending more than a trillion a year in debt service payments alone. He said that will cause the economy to shrink as the government will be forced to raise taxes and cut spending.

“Central banks have masked risk by buying risky assets, boosting demand and prices. It will only take the perception that they are going to stop buying to crash the market and when that happens I want to be in gold,” he said.