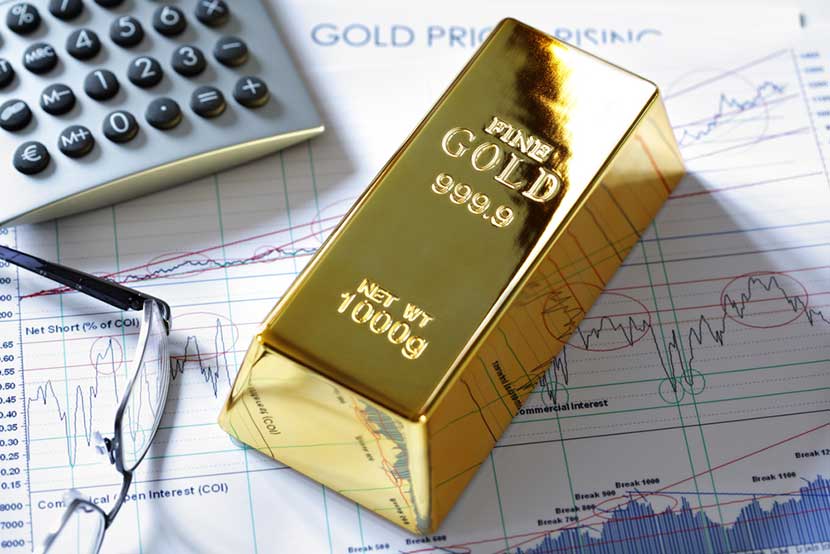 Gold prices shot to their highest in almost three weeks on Monday, setting the market on a steady course toward $1,300 per ounce, drawing confidence from an ultra-low interest rate environment.

Weak economic data and uncertainty over U.S. monetary policy has contributed to risk aversion, boosting investor appetite for bullion and other assets perceived as safer stores of value, including the Japanese yen.

“The ECB also increased its bond-buying purchase and has not ruled out further measures – that's also a positive,” he added.

Scaled-back expectations for further monetary tightening this year helped gold to its best quarter in nearly 30 years in the three months to March.

Fed Chair Janet Yellen said last Thursday that the U.S. economy was on a solid course and still on track to warrant further interest rate hikes.

The U.S. central bank raised rates in December for the first time in nearly a decade.

However, New York Fed President William Dudley on Friday said the central bank must approach further rate hikes cautiously and gradually because of lingering external risks to the U.S. economy, despite some strength at home and welcome hints of inflation.

The dollar was broadly neutral for bullion markets, trading flat against a basket of major currency rivals at 94.241, after slipping 0.2 percent earlier.

Data on Friday showed hedge funds and money managers cut their net long positions in gold futures and options in the week to April 5, but still not far from a two-month high.

This story originally appeared on Reuters by Veronica Brown and A. Ananthalakshmi on April 11, 2016. View article here.