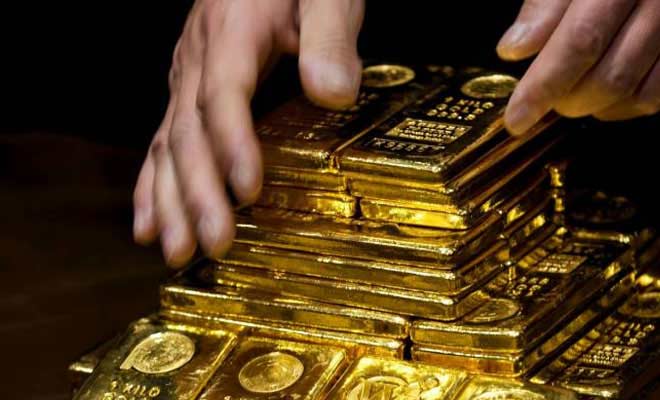 The Fed’s preferred measures of inflation are so low they’re in the Fed’s panic zone. What gives?

“There’s an ideal playbook, and it would look something like this,” James Rickards, author of the New York Times  bestseller Currency Wars, explained. “You’d have higher inflation than we have today, but not super high. It might be in the 3-4% range. GDP of maybe 5%, which is pretty high, and then that would bring down the debt-to-GDP ratio so the United States doesn’t look like Greece.”

None of that is happening. There’s no inflation. In fact, the Fed is talking about deflation. Instead of a weaker dollar, we have a stronger one. Interest rates are rising, but without any inflation, we’re getting positive real rates.

Rickards thinks the Fed is way off the mark about the economy’s health. Bernanke thinks the economy is in much better shape than it really is. “You look at the Fed’s forecasts for the last four years, they were wrong every time, and they were wrong by a lot, meaning why should we believe the forecast now? They’re not going to taper.”

After September, Bernanke will be a lame duck. That means his last Board of Governors meeting will be in January. “We can’t be certain of this,” Rickards qualified, “but it seems very unlikely that he’s going to do anything dramatic on his way out the door. If Bernanke actually does taper in September, which I don’t expect, it’s going to be a shock to the markets, and we’re going to see more of a drawdown in gold, a drawdown in stocks.”

From the Fed, we pivoted to gold. The People’s Bank of China last revealed its total gold holdings in April 2009 — 1,054 tonnes — and they could use it as a weapon in the currency wars.

According to his best information, China is there already. To be clear, no one really knows, except for maybe a member of the Communist Party, says Jim. “But I have spoken to a number of sources in Asia,” he says. “I’ve spoken to a number of people who are very close to the physical market, I’ve done my own investigations. Every time I have an estimate and try to verify it, what I get back is that I’m wrong on the low side.”

So he expects that come April 2014, China will announce that it owns 5,000 tonnes of gold.

[dt_quote type=”pullquote” layout=”right” font_size=”big” animation=”fade” size=”3″]“That should be an earthquake because even the gold deniers, the gold doubters, are going to have to sit up and take notice. Either the Chinese are dopes, which they’re not, or people will start to get gold, which I think they will.”[/dt_quote]

If these scenarios played out, gold would go a lot higher. Jim told us it could go up in a very short span of time, say, 90 days or at the most six months.

“The world of $4,000 gold is the world of $400 oil, $100 silver, higher prices for copper, corn, wheat and everything else,” he continued. “In other words, it’s a world of very high inflation in which the value of your retirement funds and your annuities have been wiped out.

In that case, there will be winners and losers. As Mr. Rickards explains, the winners will include those who hold gold. “That’s going to be a very small minority. It’s a small minority today. It might get a little bit larger, but that’s not most of the population.”

The losers will be everyone else. “So,” Jim explains, “you’re going to have this resentment, this political resentment, where the vast majority of the people who just sort of took it on the chin are going to be looking at a small number of people who protected themselves, and they’re going to say that’s not fair. And we’ve seen this before. Congress has a way of dealing with it, which is a windfall profits tax.”

He was quick to add that laws like that don’t happen overnight — there’s a legislative process that bogs it down. “Secondly,” he adds, “you should be able to see it coming and maybe pivot out.”