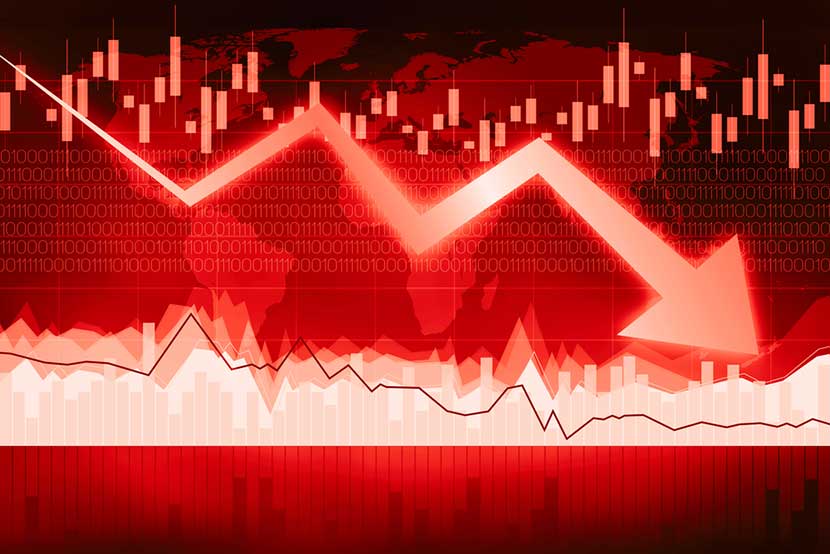 Global policymakers have been warned by the Organisation for Economic Co-operation and Development (OECD) to “act now” to prevent “persistent and sluggish growth” and another economic downturn as it downgraded its global growth forecasts.

In the OECD's latest economic outlook published on Wednesday, the organization said that global growth had “languished over the past eight years as OECD economies have struggled to average only 2 percent per year, and emerging markets have slowed, with some falling into deep recession.”

As such, it said that “the cycle of forecast optimism followed by disappointment” had caused it to downgrade its global growth forecast by some 0.3 percent for 2016 and 2017 since its projections in its last Outlook report in November. It now forecast that the global economy was set to grow by 3 percent in 2016 and “by only” 3.3 percent in 2017.

The OECD is an international economic organization of 34 countries including much of Europe, the U.S., Australia, Canada, Japan, Mexico and Turkey among others. It was set up in 1961 with the aim of promoting economic growth, prosperity and sustainable development and it also works with non-member countries to achieve those aims. It publishes an economic report looking at the prospects for the world economy twice a year.

The organization's chief economist warned that policymakers around the world needed to act to stop the “low-growth trap” of low investment, insufficient demand, unemployment, historically low global trade growth and a “slowed pace” of structural reform.

“Policymaking is at an important juncture. Without comprehensive, coherent and collective action, disappointing and sluggish growth will persist, making it increasingly difficult to make good on promises to current and future generations,” the OECD's Chief Economist Catherine Mann said in a summary of the report.

“The prolonged period of low growth has precipitated a self-fulfilling low-growth trap. Business has little incentive to invest given insufficient demand at home and in the global economy, continued uncertainties, and a slowed pace of structural reform,” she warned.

“In addition, although the unemployment rate in the OECD is projected to fall to 6.2 percent by 2017, 39 million people will still be out of work, almost 6.5 million more than before the crisis,” Mann noted.

Rather than see the “low-growth trap” as down to global demographics, globalization and technological change, Mann said that these factors could be harnessed to achieve a different growth path and one of “higher employment, faster wage growth, more robust consumption with greater equity.”

To do so, policymakers needed to coordinate fiscal and structural policies – rather than relying on monetary policies such as stimulus packages used by central banks in the U.S., euro zone, U.K. and Japan – to propel economies to the “high-growth path.”

“Monetary policy has been the main tool, used alone for too long. In trying to revive economic growth alone, with little help from fiscal or structural policies, the balance of benefits-to-risks is tipping,” Mann said.

“Fiscal policy must be deployed more extensively” she said, noting that governments could take advantage of the environment created by monetary policy such as low interest rates, to “effectively open up fiscal space” and spend more on “projects and activities that have high multipliers” such as hard and soft infrastructure: digital, energy and transport and education and innovation.

The economist said that structural policies “that enhance market competition, innovation, and dynamism; increase labor market skills and mobility; and strengthen financial market stability and functioning” were needed in conjunction with fiscal policy. As widespread strikes over labor market reforms in OECD-member France currently show, reform is not always easy for governments or greeted with open arms by the public.

The OECD warned that policymakers had little choice but to act in order to prevent another economic depression, however.

“The need is urgent. The longer the global economy remains in the low-growth trap, the more difficult it will be to break the negative feedback loops, revive market forces, and boost economies to the high-growth path. As it is, a negative shock could tip the world back into another deep downturn,” Mann said.

“If policymakers act, they can deliver to raise the future path of output – which is the wherewithal for economies to make good on promises – to create jobs and develop career paths for young people, to pay for health and pension commitments to old people, to ensure that investors receive adequate returns on their assets, and to safeguard the planet,” she concluded.