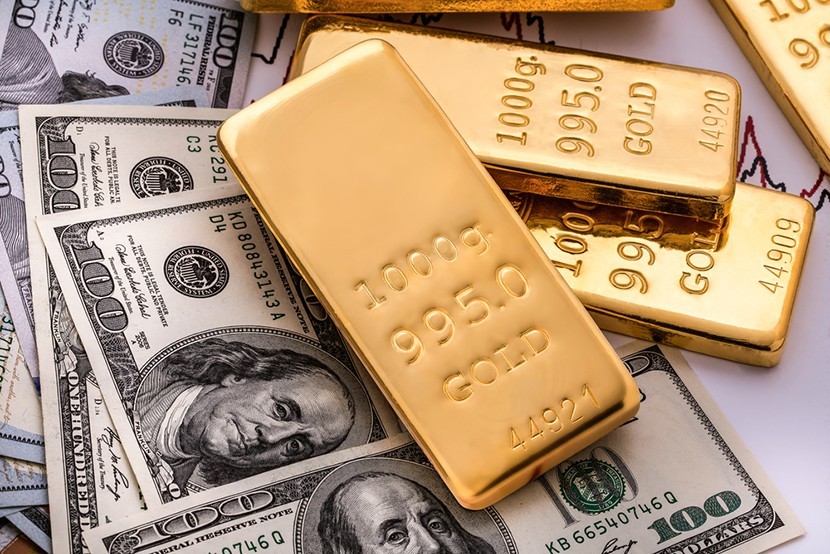 Gold rallied for an eighth straight day after topping $1,200 an ounce for the first time since June as increased concern about the state of the global economy hurt equity markets and boosted demand for a haven. Producers’ shares rallied.
Bullion for immediate delivery rose as much as 0.5 percent to $1,195.66 and traded at $1,190.21 at 3:42 p.m. in Singapore, according to Bloomberg generic pricing. The metal jumped to $1,200.97 on Monday, the highest since June 22, and a climb on Tuesday would cap the longest run of gains since 2011.
Gold has advanced 12 percent this year on rising concern the global economy is losing steam, with equity markets in retreat and investors cutting bets on higher U.S. interest rates. Shares in Asia fell following a drop in U.S. and European stocks on Monday as Deutsche Bank AG became the largest lender in at least four years to feel compelled to reassure investors that it has enough cash to pay its debts.
“Escalating and a more-widespread global financial uncertainty, sparked by heightened investors’ risk-off sentiment, has sustained the sell-offs of major stocks,” Vyanne Lai, an economist at National Australia Bank Ltd. in Melbourne, said by e-mail on Tuesday. That’s driving stronger demand for safe-haven assets including gold, she said.
An index of Australian-listed producers rose 7.9 percent to the highest since May 2013. Newcrest Mining Ltd. closed 8.3 percent higher and shares in Australia’s biggest producer are 30 percent higher in 2016. Perth-based Northern Star Resources Ltd. rose 7.7 percent on Tuesday.

Deutsche Bank, Germany’s biggest lender, said on Monday that it has more-than-sufficient means to pay coupons on its riskiest debt this year and in 2017 as its shares sank. Among other jitters, U.S. natural gas driller Chesapeake Energy Corp. plunged on concern that its financial options are narrowing.
The global slowdown, including the deceleration in China, has increased speculation that U.S. growth will cool enough to force Federal Reserve policy makers to wait longer before raising rates again. The prospect of delays has sent the dollar lower and given gold a boost as an alternative investment after three years of losses.

Gold’s rally this year will not last as the Fed will raise rates by 25 basis points three times in 2016, according to Goldman Sachs Group Inc. Bullion will trade at $1,000 by the end of December, analysts including Jeffrey Currie and Max Layton wrote in a report received on Tuesday.
Bullion holdings in exchange-traded products have climbed for 16 consecutive days to Monday, the longest run since September 2012, according to data compiled by Bloomberg. The assets expanded 0.5 percent to 1,563.4 metric tons, extending last week’s 2.6 percent gain, the biggest weekly increase since May 2010.
Among U.S. listed gold producers, Newmont Mining Corp. gained 3.2 percent on Monday, rising for a fourth day.
Newmont “benefits from being in really good shape and having the gold-price tailwind,” Christopher LaFemina, an analyst at Jefferies LLC, said from New York. “Newmont stands out to me as being relatively cheap, good free-cash flow, relatively low operational risk and a good, strong balance sheet.”
This story originally appeared in BloombergBusiness by Ranjeetha Pakiam and David Stringer on February 8, 2016.