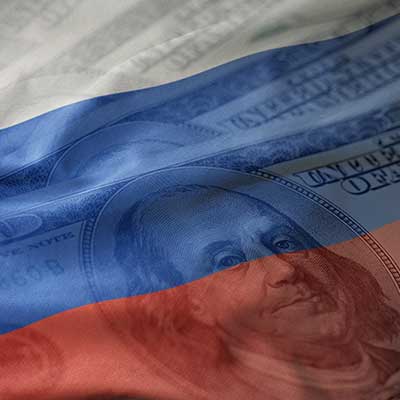 How Russia-Gate is hurting U.S. growth & everything else

We can all recall Donald Trump promising to grow the economy at 4% per year way back on the campaign trail. The reaction from economists was a definitive “not possible.” The reasons they cited included an already low unemployment rate, the permanent loss of manufacturing jobs to technology and robotics, and the economic shock of baby boomers retiring at a purported rate of 10,000 per day.

So far, they have been spot on, and in terms of economic growth, there’s one more thing now “gumming up the works”—Russia-Gate.

Donald Trump won the presidency with grand plans of lower taxes, less regulation, a repeal and replace of Obamacare, and an economic agenda that addressed the forgotten man and woman that the recovery left behind. Predominantly blue collar, these “forgotten folks” have been trapped in decades of wage stagnation and lost economic opportunity. With a post-election surge of consumer confidence, renewed hiring, and a record-setting “Trump bump” on Wall Street, the prospects for a broad economic revival seemed wildly optimistic.

It was short-lived, however. The dialogue began to change when National Security Advisor Michael Flynn resigned over undisclosed contacts with the Russian ambassador. This was followed by the recusal of Attorney General Jeff Sessions for his contact with Russian officials. FBI Director James Comey then testified that his office had been investigating Russian interference in the Presidential election since last July. Trump’s firing of him prompted the appointment of a special prosecutor and since that time, the Russia “hacking,” “meddling” and “collusion” narrative has dominated the news cycle and paralyzed Washington.

A recent Harvard poll found that almost two-thirds of Americans believe that the Russia investigation is undermining the U.S. economy—and they’re right.

In outlining its reasons for their downgrade, the IMF cited the administration’s ongoing policy misses and legislative uncertainties. While the president has a full plate with healthcare repair, tax reform, a border wall, and infrastructure spending—the added helping of Russian scandal has pushed everything else aside. More than six months into the Trump presidency, Obamacare remains intact, tax reform is in limbo, the border wall sits in blue prints, and the ambitious infrastructure plan has seen little movement or progress.

Despite GOP control of the House and the Senate, the spectacle of the Russian probe has been unshakeable. With help from the 24-hour news cycle, a succession of salacious headlines, a battery of zealous journalists, and the partisan-charged halls of Congress—the Kremlin now dominates our national dialogue and our economic agenda. Ironically, in the same Harvard study, more than half of Americans also believe that it’s time to move on.

Legislators, however, seem incapable of doing so. The partisan divide runs deep and wide—and crossing it has proven to be politically perilous. As a result, common ground measures like tax relief and healthcare reform have been lost in an abyss of discordance.

The beating of the conspiracy drum is not only undermining the President’s legislative agenda, but weakening political momentum on both sides of the aisle.

The IMF went on to suggest that U.S. growth could improve if certain agenda items were realized such as an overhaul of the tax code. America’s tax system is notoriously ineffective and inequitable. But in a divided country, a simple meeting of the minds is hard to come by and instead of “draining the swamp,” as he famously vowed from podiums across the heartland, the president has been bogged down in a quagmire of accusation and investigation—that seems to get deeper and murkier by the day.