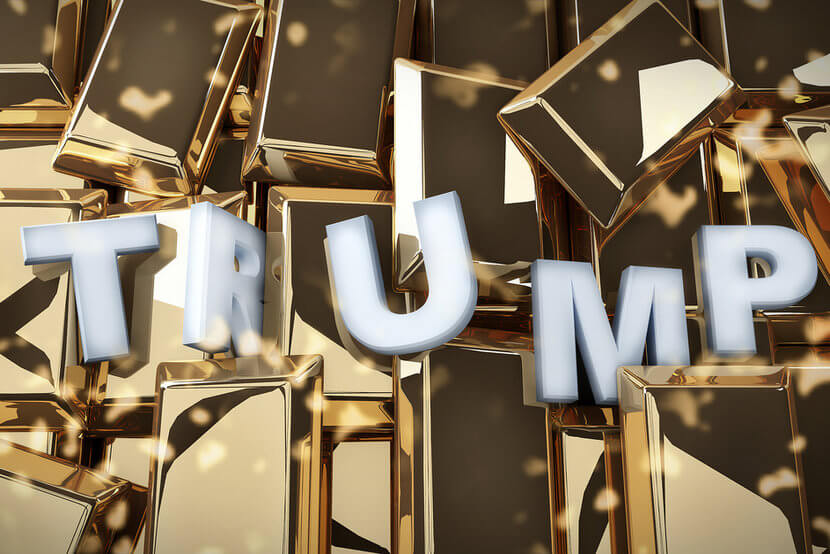 Markets inhaled a giant gulp of fresh air when Donald Trump was elected in November 2017, a gulp that buoyed them to new heights. Equities rallied and bond yields climbed to match forecasters’ hopes for tax cuts, health care reform, infrastructure spending, and deregulation. The S&P 500 rose about 5 percent in President Trump's first 100 days, the biggest stock market rise of any president since the 1980s, reports the New York Times. The Dow and Nasdaq saw similar upticks between 4 and 5 percent, leaving everyone wondering: How long will the markets stay hot? Well, up until now it may seem. Increased political pressure appears to be squeezing the air out of what’s been deemed the “Trump Bump.”

On May 17, U.S. stock indexes had their worst session in eight months, reports BloombergMarkets, “while bond prices and the dollar fell.” Specifically, the S&P 500 fell 1.8 percent to its worst day since September 9; the Dow average lost 372.82 points; and the Nasdaq sunk 2.6 percent for its greatest dip since June 24.

Around the same time, the dollar index, which tracks the U.S. currency against six of its peers, fell to its lowest level since November 9, effectively “surrendering all of its ‘Trump bump’ gains,” reports Reuters.

Almost in parallel, the 10-year Treasury yield plunged 11 basis points to 2.22 percent, the lowest since April 19 adds BloombergMarkets. This yield, in part, points to market optimism and confidence. When confidence is high, 10-year Treasury yields increase; when forecasters are short on optimism, yields tend to fall and there is more demand for safe haven assets, like gold and silver.

The source? Theatrics in Washington

What’s sucking all of the air out of the Trump bump? According to Silicon Valley Bank’s senior trader, “[T]he drama that’s going on in the White House [is] captivating audiences globally and you can see it’s causing risk-off sentiment in the market.”

No one can deny the fact that Washington is overflowing with drama—drama that could be stifling the processes needed to make Trump’s economic plans (and the market’s inflated hopes and dreams) a reality.

According to Erik Knutzen, chief investment officer at Neuberger Berman, “[M]uch of what has happened is because of factors beyond the administration’s promises and control.” Big names in Washington have postured that Trump meddled with an FBI investigation into his former National Security Advisor, they've stirred the pot around the firing of U.S. Federal Bureau of Investigation Director, and they've suggested that Trump shared sensitive information with Russia.

If Trump’s pro-growth programs continue to get hung up, “overturned, or simply dissipate downstream,” says John Rothans in Trump Bump and the Perils of the Swamp, “look for market optimism to come crashing down and all that newfound gusto to get mired in the familiar muck of Washington’s stifling, age-old establishment.”

While traditional assets like stocks and equities have served up a lackluster performance under these political pressures, one asset has remained steady — gold.

“Gold scored a roughly 2.1 percent advance last week…the largest such gain since the week ended April 13,” reports MarketWatch. Gold has served as a safety net throughout much of history, thriving amidst turbulent economic environments, a wobbling dollar, and stock market volatility.

In uncertain economic times, one tactic remains effective: diversification. Whether you're new to gold or consider yourself a veteran gold buyer, you'll find that U.S. Money Reserve's famous Free Gold Information Kit has the right information to help you. Uncertainty is one of life's few certainties—your financial worries don't have to be! Sign up for your free kit today!

Headlines out of Washington are likely to offer continued support for gold. One senior precious metals trader predicts that “spot gold may gain further to $1,272 per ounce, following its break above a resistance at $1,257.” Before the muck thickens and trouble hits, take steps to protect your future. Call U.S. Money Reserve at 1-844-307-1589 to learn how gold can help safeguard your savings from market bumps, slumps, and surprises.