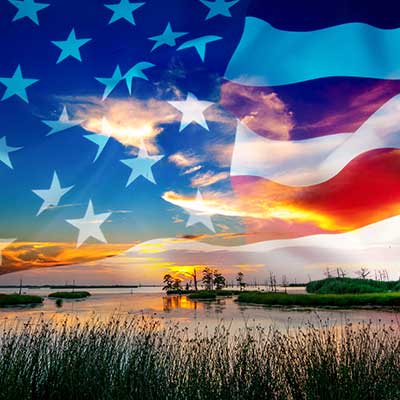 The Trump Bump and the Perils of the Swamp

About a year ago, then President Obama nominated Appeals Court Judge Merrick Garland to the US Supreme Court to replace the late justice Antonin Scalia. Republican leaders opted not to consider Garland’s nomination since it came at the end of a Presidency and in the midst of a contentious election campaign. Senate Majority Leader Mitch McConnell declared that there would be no vote on Garland thereby removing any potential for America’s highest court to shift decidedly to the left.

Fast-forward to 2017 and it is now the Republicans’ Supreme Court pick that awaits confirmation. Back on January 31st, President Donald Trump, nominated Neil Gorsuch, a federal appellate judge and disciple of Scalia’s to fill the coveted seat that has been vacant since mid-February of last year. Gorsuch’s hearing date is set for March 20th and Democrats will do everything in their power to block his appointment not only to prevent a Conservative majority on the court — but as payback for Garland.

Democrats have been quite good at creating impediments for the new administration by delaying Trump’s cabinet picks, thwarting his executive orders, fanning the flames of Russian election hacking, and portraying the new ‘American Health Care Act’ as mean-spirited and inhumane. Taking a page out of the Republicans’ own playbook, Schumer, Pelosi and friends have now become the new party of ‘No’ at a decidedly crucial time for a nation still in the embryonic stages of a painfully slow and laborious recovery.

The markets, however, are very much ‘hooked on a feeling.’ Since the election of Donald Trump as the 45th President of the United States, the Dow has surged past 20,000 for the first time in history, NASDAQ is up over 12%, and the S&P 500 is up almost 11%. Wall Street and Main Street are ‘high on believing’ that Trump’s proposed lower taxes, reduced regulations, and ambitious infrastructure spending plans are good for business and will accelerate economic growth.

The sudden rise in earnings and valuations has fueled a market euphoria that has been dubbed the ‘Trump Bump,’ and it has pushed Wall Street to levels never seen before. The wave of Big Board optimism is rooted in the assumption that the President will deliver on his ‘Forgotten Man’ agenda and build all those new roads, bridges, tunnels, hospitals, schools and airports that he has so enthusiastically touted.

What the President is finding out, however, is that ‘the swamp’ is far deeper and darker than he anticipated. Obstructionism lurks in the muddy waters all around the Beltway and navigating the tributaries of political partisanship is a slow and dirty business where little gets done, built, or resolved. If his pro-growth programs get hung up, overturned, or simply dissipate downstream — look for market optimism to come crashing down and all that newfound gusto to get mired in the familiar muck of Washington’s stifling, age-old establishment.