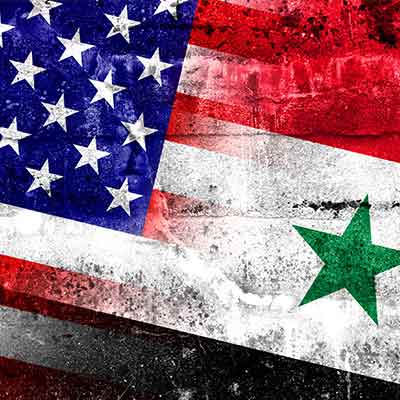 On April 6th President Trump ordered cruise missile strikes on Syrian airfields, weapons depots, and command-and- control facilities of the Bashar al-Assad government in retaliation for a chemical gas attack that killed over 80 Syrian civilians, many of whom were women and children. Yes, al-Assad gassed his own people in the rebel-held town of Khan Sheikhoun. The images of victims choking and foaming at the mouth and of lifeless babies shocked the world and stirred the U.S. to act. The airstrike is the most significant military action of Trump’s young presidency.

Allies of the United States and those opposed to the al-Assad regime broadly supported the strike and its implication, namely that the use of chemical weapons not only crosses the red line of human decency but is a violation of international law. The Saudis, Israelis, Brits and Turks lauded the move. The Russians, Iranians, North Koreans and Chinese condemned it.

In this dense political stew, Russia is Syria’s ally and the Kremlin has provided military and arms support to al-Assad since the beginning of the Syrian conflict. In return, Russia has been granted a naval base in the Middle East and a military intelligence ‘listening post’ courtesy of the Syrian regime.

Likewise, Iran’s support of al-Assad is based upon maintaining regional influence as it finds itself surrounded by various pro-Western Arab states including Qatar and Saudi Arabia. The Iranians have provided the Syrian government with arms, munitions, cash and military advisers. In return, Syria helps protect Tehran’s regional interests and provides a critical pipeline to Hezbollah in Lebanon, through which Iran can threaten arch rival Israel.

While Trump’s airstrikes sent a clear message to these nations—it also served as a critical warning to North Korea. The isolated, repressive regime has been recklessly test-firing medium range ballistic missiles over the Sea of Japan since the beginning of the year. The U.S. launch of 59 sea-based Tomahawk missiles into Syria, let Pyongyang know that Donald Trump is not Barack Obama. This new U.S. president is willing to take military action if America or her allies are threatened or serious humanitarian lines are crossed.

Within this simmering geopolitical gumbo, China and North Korea are allies and trading partners. China has helped to bolster Kim Jong-un’s regime and has provided the impoverished country with food, weapons, energy and financial support. In return, China gets an embassy in Pyongyang, the assurance of a friendly border, and a critical fortification between the pro-West South and its network of U.S. military bases. China neither wants to see a unified Korean peninsula nor a destabilized North Korea. Either would undermine their growing influence and power in northeast Asia.

Clearly in the wake of Trump’s Syrian action, much has bubbled to the surface. Syria, Russia, China and Iran all issued strong denouncements, and within a day, Russia ordered a frigate to the eastern Mediterranean to confront the USS Porter and the USS Ross which are patrolling in international waters off the Syrian coast. North Korea also joined in the fray by calling the Syrian strike an act of aggression and threatened America with a nuclear attack. This prompted the U.S. to re-route an aircraft carrier and several other warships toward the Korean peninsula.

It now seems that all the world’s bad actors have gathered on a single stage in an explosive mix of geopolitical forces, dangerous alliances, and opposing interests. Volatile global conflicts and uncertain economic times call for cool heads and calm preparation. Don’t wait for things to boil over or for your portfolio to burn. Protect your money with gold. Call U.S. Money Reserve right now to safeguard your savings and crisis-proof your retirement.