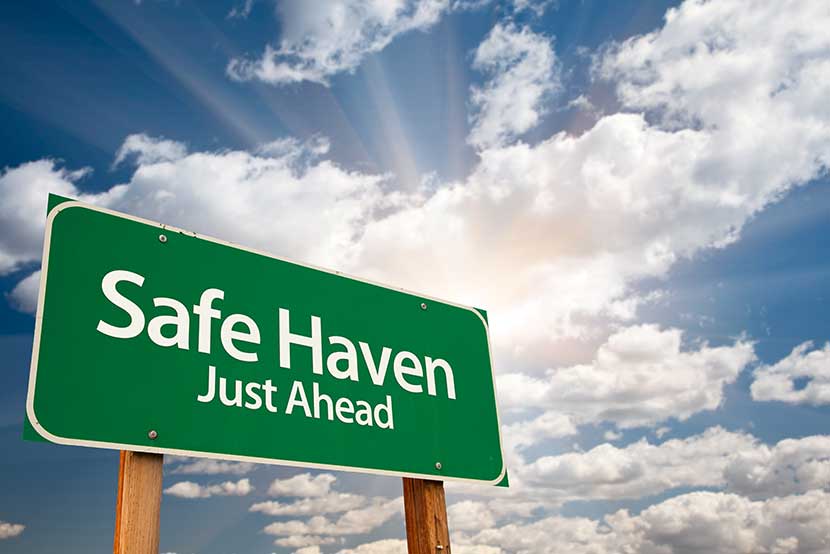 The safe haven: Gold moves on news from Ukraine and Israel

Gold jumped $22 an ounce on news that a Malaysian Airlines flight (MH17) was shot down over eastern Ukraine. Later in the day, all signs were pointing to a missile strike on the aircraft, and persuasive evidence was developing that Russian-backed rebels launching a Russian-built missile were responsible. The world awaited the smoking gun of satellite surveillance tracking the launch site to rebel-held positions.

Gold also rose earlier in the week as violence escalated between Israel and Hamas in the Gaza Strip. Today, Israel upped the ante by sending troops into Gaza. There are prospects that the conflict could spread to northern Israel and Lebanon if Hezbollah takes advantage of conflict in the south.

The strong response of gold to these events is a classic example of safe haven buying — investors seeking the protection of gold in the face of political and economic turmoil.

The situation in Ukraine is especially dangerous as it features a confrontation between Russia and the West on a scale not seen in decades and in the heart of Europe, no less. And if Russian military advisers were directly involved in downing MH17, a possibility considering the complexity of the missile system that was used, we could be see a return to Cold War tensions.

Because the situation is so dangerous, it bears a closer look by gold buyers.

By backing the volatile and unpredictable rebels in eastern Ukraine, Russian president Vladimir Putin has climbed upon the back of a tiger that is now threatening to turn on him. He will find himself in a very difficult dilemma if, as I expect, his Ukrainian friends are shown to be responsible for the deaths of 298 innocents aboard MH 17. 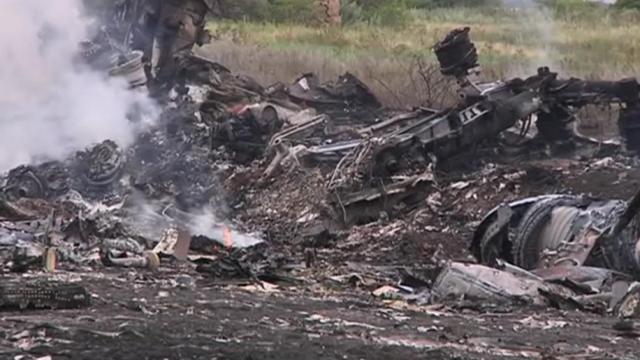 Putin and Russia in a corner

From here, events could proceed along one of three tracks, each one with safe haven implications for the price of gold.

First, since many Europeans are among the dead, the British, German and Dutch governments that have resisted placing strong economic sanctions on Russia are likely to finally come off the fence and join the U.S. in imposing them.

It’s possible this will bring an end to Putin’s adventure in Ukraine. However, the Ukrainian rebels don’t take orders well, even from Moscow, and their rebellion might continue. If so, the sanctions on Russia will continue despite their efforts to calm the waters. In this case, tensions between the West and Russia are likely to remain high for some time.

A second scenario: despite the West imposing harsh sanctions on Russia, Putin might decide to play for time by offering an olive branch while continuing to support the rebels. We’ve seen this act before, and after the deaths of European citizens, the West is unlikely to tolerate this double game. And it’s not clear that time is on Putin’s side as Western sanctions strike more deeply into the daily lives of Russian citizens and the bank accounts of Russian oligarchs. In this case, tensions between the West and Russia are likely to remain high.

Third, Putin, brutal and rigid as he is known to be, might double-down in Ukraine. He has wagered a great deal there and he has a lot to lose. After wading in this deep, he might find it intolerable to allow Ukraine to slip from the Russian orbit and become as closely tied to Europe as Poland and the Baltic States are today.

Losing Ukraine like this would be a great humiliation and could cost him dearly. As harsh economic sanctions by the West send the Russian economy into a deep recession, Putin’s failed gamble in Ukraine will come to be seen as foolhardy.

Putin will remember how a disastrous misadventure in Cuba in 1962 soon led to the downfall of the USSR’s Nikita Khrushchev.

In this case, tensions with the West will escalate from where they are today and the situation will become more perilous.

Events this week illustrate one very important factor that will drive gold prices in the years ahead: political turmoil and military conflicts that threaten to undermine global economic stability.

Rapid developments in Ukraine and Israel have blown other dangerous situations in Iraq, Syria, Iran, and North Korea out of the news. Only Ukraine is new to this list. The threats to peace posed in the other five countries have been with us for many years, and none of them are likely to improve anytime soon. Some are likely to worsen.

In this environment, gold is the safe haven of choice – wealth insurance against the prospect of political and economic turmoil.