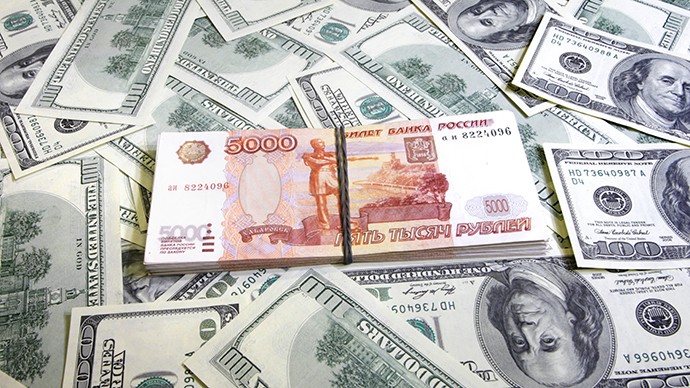 Russia Seeks Safe Haven in Gold, Away from Dollar and Euro

Russia is taking steps to ensure that it protects itself from any future dollar or euro sanctions. Moscow boasts the world’s 5th biggest foreign exchange reserves and the 6th largest gold reserves. In total, the assets amount to over $1.5 trillion.

While the West is continuing to try and punish Russia via economic sanctions, the response of the Russian Central Bank has been to diversify away from the euro and dollar – and to buy up more gold.

As the geopolitical situation in Ukraine deteriorates, Russia is moving to protect itself from currency risks associated with the euro and the greenback.

In the first half of 2014, Russia’s Central Bank reduced its foreign currency reserves by 2.5 percent.

Instead of buying euros and dollars, Russia’s Central Bank is eyeing the Chinese yuan and the Japanese yen.

Boosting currency swaps and bilateral payments with China and other strategic trade partners will continue to bypass the US dollar. Last week, Russia’s and China’s central banks have agreed to increase currency swaps.

Holding more of these currencies is a logical move for Russia, which has high trade volumes with both China and Japan. In 2013, trade turnover with China was close to $90 billion and over $33 billion with Japan.

Russia is fast increasing its gold stockpile and at the end of July, the total volume was worth more than $45 billion.

According to Yaroslav Lissovolik, chief economist for Deutsche Bank in Moscow, this is the best way for Russia to provide stability to its foreign exchange reserves.

“The fact that Russia has intensified its diversification process reflects the fact that a fairly high proportion of reserves were held in dollars and euros, while the share of gold was low,” Lissovolik told Kommersant.

Over the summer, reserves were added at the highest rate since the end of 2009. In June, Russia’s Central Bank added 54 tons of gold, which catapulted Russia ahead of China in terms of total gold, according to IMF data.

In the last decade, Russia has become the world’s top gold buyer, adding more than 600 tons to its vaults.

Other countries are also actively adding gold. In the last six months, Kazakhstan’s Central Bank increased its gold investment from 12 tons to 155.8 tons.

Conversely, developed countries such as the US, Germany, Italy, France, and Spain are keeping gold reserves at a stasis. Germany sold 2.9 tons of gold reserves from the Bundesbank but still remains the world’s # 2 holder of gold, after the USA.