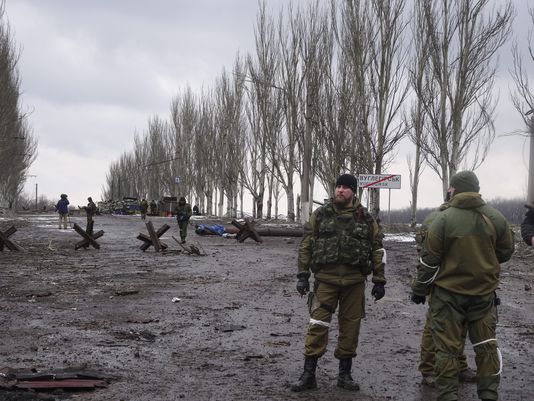 Why Central Banks Worry about Ukraine

Investors seem hopeful that Russia and the West can step back from their standoff over Ukraine. There are still plenty of reasons, though, for central bankers to be concerned.

Markets around the world rallied this week, helped by indications of reduced tensions in Ukraine. Russia withdrew troops from the border. Ukrainian government forces reasserted more control over parts of the country’s east, pushing back separatists. The West stood firmly united, having agreed to intensify sanctions on Russia in a coordinated fashion and showing no loss of resolve in the face of countersanctions.

Still, the fundamental issue in Ukraine — the conflicting visions among Russia, the West and the country's own people for its future — remains unresolved. Until this changes, a further escalation in sanctions and countersanctions is inevitable, with adverse economicconsequences for all. Disruptions in production and consumption will hit growth and stoke inflation, while uncertainty will undermine consumer and business confidence. This week's poor Europeaneconomic data, which mostly cover a period before the latest intensification of sanctions, could be just a small sign of what is to come.

The geopolitical nature of the conflict puts central banks on the sidelines: They can hardly argue that economic concerns should trump national security. Instead, they are left to try to mitigate the impact of what are now tit-for-tat sanctions, the consequences of which are hard to predict and can involve perilous tipping points. Each new round of action and retaliation presents policy makers with yet another obstacle in their efforts to strengthen the recovery.

With the European Central Bank already battling price deflation as well as stagnant growth, some may be tempted to argue that the inflationary effect of sanctions would be welcome. This is not the case here. By potentially pushing up energy and other input prices, sanctions can generate a “bad inflation” that makes the economic recovery even trickier.

With both Russia and Europe now looking at economic contractions, and with Ukraine’s economy going from bad to worse, it is in everyone's economic interest to find a way to ease geopolitical tensions. Given what has happened so far, though, it would be overly hopeful to expect rationality to prevail anytime soon.

This story originally appeared in BloombergView by Mohamed A. El-Erian. View article here.