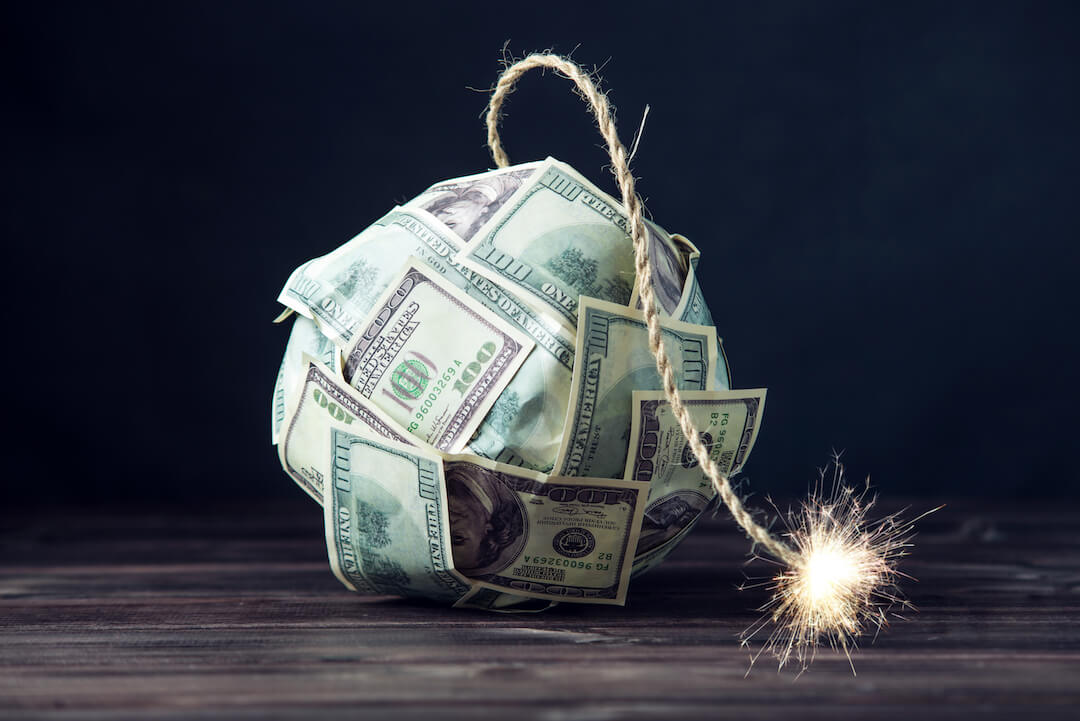 If Everything Is so Great then Why Is Everyone so Worried?

We’re all familiar with the saying “If anything can go wrong, it will.” Known as Murphy’s Law, the dictum was born at Edwards Air Force Base in the late 1940s during crash testing to determine human tolerance for high-speed rocket deceleration. Capt. Edward A. Murphy, an engineer, made the comment when faulty wiring was discovered in the test module.

Seventy years later, Murphy’s Law is still used to adequately characterize everything from a bad day to a twist of fate. But can this simple adage be applied to the current economy?

Despite Wall Street hitting all-time highs, a record-setting economic expansion, historically low unemployment rates, and subdued inflation, there seems to be plenty of economic worry to go around. Several prominent experts are on recession watch, the Fed is talking about rate cuts, and gold seems to be all the rage. Recognized as a universal crisis hedge, the yellow metal has risen more than 20% since last summer—and according to the World Gold Council, central banks bought 145.5 tons of it since the first quarter of this year, the most since 2013.

So is something about to go wrong? Wall Street, consumer spending, and the housing market have been kept afloat by historically low interest rates, and there’s understandable concern when the decision to NOT lower rates even further triggers a sell-off.

And then of course, the interminable trade war is wreaking havoc on the world economy and its associated international supply chains. The countries most affected by U.S. tariffs on Chinese goods include Taiwan, Malaysia, Singapore, and Korea. Taiwan’s economic growth dropped from 2.6% in 2018 to 2.1% this year. The World Bank just lowered Malaysia’s economic forecast. Singapore just recorded its slowest annual growth in a decade, and Korea is now facing a seven-year low. In turn, reciprocal Chinese tariffs on U.S. products have dented economic growth in Mexico, pushing it to the lowest level in 10 years. And China itself, the second largest economy in the world, has just posted its slowest growth in 27 years.

U.S. debt is another economic albatross. Current debt is approaching $22.5 trillion, and officials are warning that since the government hit its debt limit in March and has depleted various extraordinary measures, we could run out of cash by early September.

According to the Treasury Department, the deficit rose by more than 23% for the current fiscal year through June—putting the budget deficit on track to top a trillion dollars in 2019.

The focus now turns to a contentious battle about extending debt limits to avoid another economy-jolting shutdown or a catastrophic default. After the immigration funding fight on Capitol Hill, the two sides could not be further apart. The U.S. total public debt-to-GDP ratio now sits at more than 104%. Before the financial crisis, it was only 61%, and prior to that one has to go back to 1947 and the Cold War era to match current levels.

If that’s not enough to worry about, consider rising Iranian tensions and the mounting risk of military conflict, along with the prospect of a no-deal Brexit—which the IMF warns will push the U.K. into a dangerous recession. All in all, if you’re not feeling edgy, you’re either extraordinarily wealthy or simply not paying attention.

There’s no doubt that the Fed is still in the “propping up” business and saving less and less ammo for the next financial crisis. The current trade war is a high–collateral damage rift that is destabilizing a host of peripheral economies. U.S. debt is slowly threatening essential programs and pushing us further down an already unsustainable path—and nuclear and economic tensions are rising around the world.

Since those top-secret days in the Mojave Desert, Murphy’s Law has gone on to become a popular “law of nature” idiom that captures the cynicism of why bad things happen. Despite the cutting-edge technical prowess of the postwar U.S. Air Force, it struck a nerve. And despite the power and dominance of the post-recession U.S. economy, it does so again.

Could your nest egg withstand a crash test and rapid economic deceleration? By forcing us to confront the question all these years later, Murphy’s Law endures as a survival adage to help us prepare for the downside risk inherent in the world. And if Murphy were still running tolerance tests today, he may well state his law in a different way: “If nothing ever goes wrong, you could be way overdue for a crisis.”